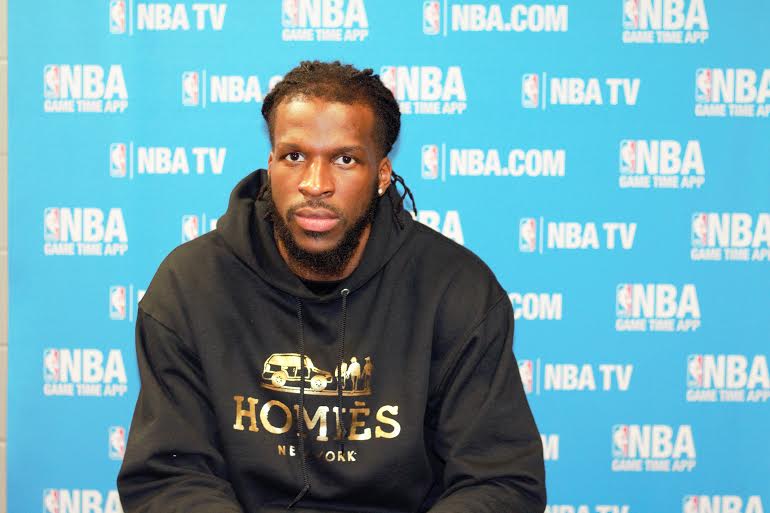 The Atlanta Hawks have been off to the best season in franchise history. After an offseason of controversy and upheaval, the team that was expected to flounder, did everything but that.

The Hawks took the NBA by storm to begin the season and have remained at the top of the standings in the East ever since. In fact, the Hawks are among the NBA elite as the Golden State Warriors are the only other team to amass 50 wins at this juncture of the season.

Atlanta seems to be locked in to the No. 1 seed in the Eastern Conference, and have been playing with a passion that some say stems from their small forward, DeMarre Carroll.

Carroll came to the Hawks via free-agency in 2013. Since then, he’s been an x-factor for the team. Along with the Hawks having their best year ever, so is Carroll. Posting career highs in points and rebounds, but it’s still his defense that sets the tone for the team.

Just hours before the Hawks took on the Utah Jazz at Philips Arena, DeMarre sat down with Baller Mind Frame to talk about the season, his love of fashion, and why his non-profit means so much to him.