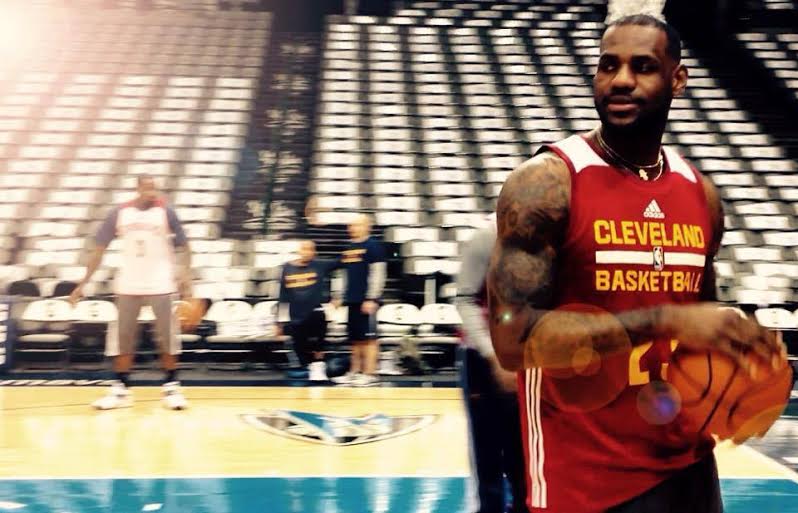 The visiting Cleveland Cavaliers devoured the Dallas Mavericks 127-94 and didn’t even have the courtesy to leave the bones for Mavs’ fans to weep helplessly over. Despite Chandler Parsons 18 points (15 which came in the first half) and Amar’e Stoudemire’s 15 points on the offensive end, the home team’s entire perimeter defense, among other things, appeared to take a long break during the second half in order to film a depressing impotence ad for Viagra.

Feeling a little flaccid? Well, we sure as hell can’t help you, good luck with that.

When asked in the locker room if this was the worst game they’ve played all season long, Parsons responded accordingly. “Yeah,” he said in a dejected tone. “I can’t remember another game we came out there and took hell.”

For a sunny hue of first quarter light, the Mavs looked strong as they held their own within the first 12 minutes of the game when Parsons shattered a rebarbative Cleveland 11-0 run and went on his own 8-0 run at the start. Dallas dominated the Cavs in fast break points regardless of the latter’s aggression in pushing the ball. The gloaming shadow of LeBron James wasn’t enough to frighten off players like Al-Farouq Aminu (who was lovingly compared to former Mav Shawn Marion by Mavericks coach Rick Carlisle Tuesday morning during the team’s shoot around), who bullied James into forcing a tough fadeaway that only Dirk Nowitzki could properly nail. Cute effort however, LeBron – but there’s only one Dirk.

“This is not a Dirk thing,” Carlisle pointed out to the press following the embarrassing loss. “This is a Mavericks thing. You can’t go out and perform the way we did the last three quarters and point to Dirk.”

It was clearly all down hill after that bustling first quarter, where the Mavericks led 31-26, which resulted in some strong words from the coach.

“After the first quarter, it was our worst performance of the year, just flat out,” Carlisle said. “We just did a horrible job and I’m taking full responsibility for what happened in the last three quarters. That’s a horrible job of coaching these guys and preparing them. We got a little lucky in the first quarter, we got some breaks. From then on, 41 points in the second quarter, too many breakdowns, too many lack-of-concentration mistakes that are just normally beneath who we are but it’s on me and I’m sick to my stomach about it.”

On top of the loss, Aminu went down with a shoulder injury in the first after a hard collision with J.R. Smith, but stayed in the game only to head to the locker room during the second. Devin Harris, who was a game-time decision due to an ailing right hand, was pulled in the disastrous fourth and headed to the locker room.

The agony of the loss appeared that it would sit, rotting in the Texas heat, with Parsons for a long while, despite his own performance. He, however, understands that the glass needs to seen as half full and that the pesky hole at the bottom of that freaking glass needs to be plugged up. “We got beat. We gotta play harder. We gotta believe in one another. We gotta stay confident. We are still in a good situation. I know if feels like rock bottom, it’s an embarrassing loss. We can’t hang our heads too long, because we have another really good team coming in on Friday night. The schedule is not getting any easier, so we gotta stick together.”

And why exactly was Coach Carlisle placing himself in front of the gun in order to absorb the gunfire with his own person?

“Because of the score and (because) I said so.”

Mavericks go toe-to-toe with the Los Angeles clippers in the second game of their epically long homestand on Friday evening.