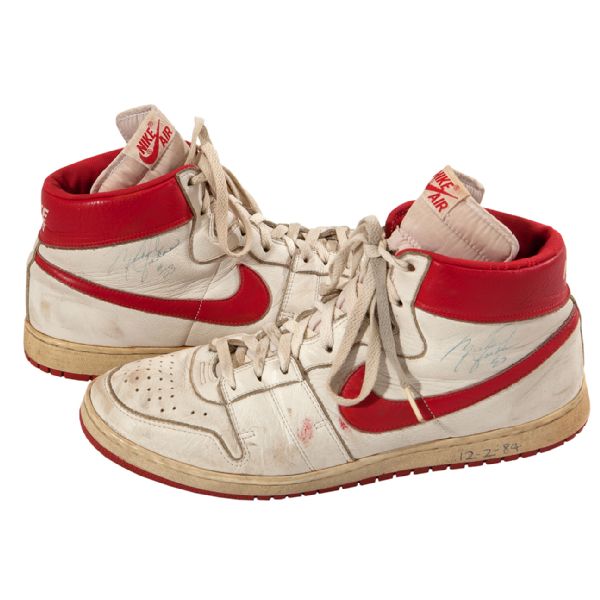 Sneaker heads everywhere are foaming at the mouth after news that the holy fail of kicks is going up for auction.

A pair of Nike basketball shoes, believed to be the earliest NBA game-worn Michael Jordan sneakers to ever hit the market, will be auctioned off next month.

The exclusive J’s were snatched up by a young ball boy named Khalid Ali.

Ali was a ballboy for the Los Angeles Lakers for the 1984-85 season. He’s now consigning the shoes that he says Jordan gave to him after the Chicago Bulls played the Lakers on Dec. 2, 1984, to SCP Auctions.

SCP Auctions vice president Dan Imler believes that the shoes could bring in bids up to $50,000.

In 2013, a pair of shoes Jordan wore during the infamous “Flu Game,” also acquired by a ballboy, sold for $104,765, a record price paid for a pair of game-used shoes in any sport.

Ali is said to have acquired the now famous kicks when he went into the Bulls locker room and asked Jordan himself for his shoes.

Not only did Jordan oblige the youngster, he threw in an autograph as well.