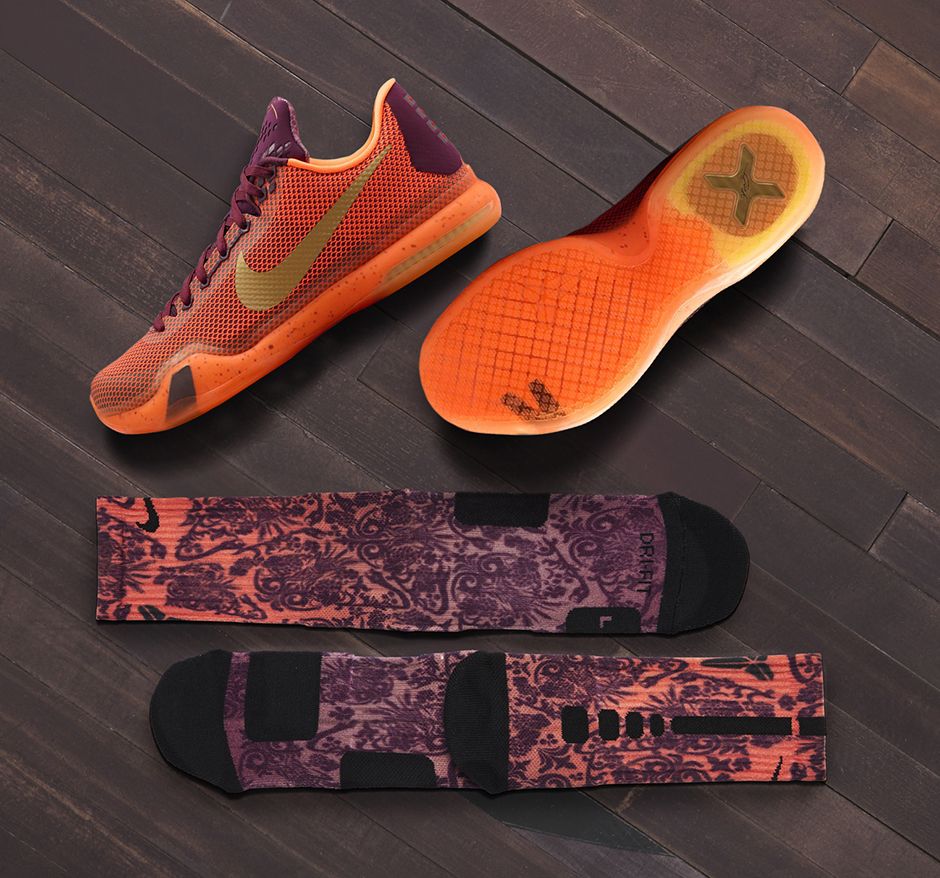 The new Kobe X Silk colorway is dope and reminds me of the colors you get to see during sunrise. I could get all emotional now and start a metaphor that would describe Kobe Bryant‘s rise and how next season could be a new start and a new day for him, but let’s get down to business. 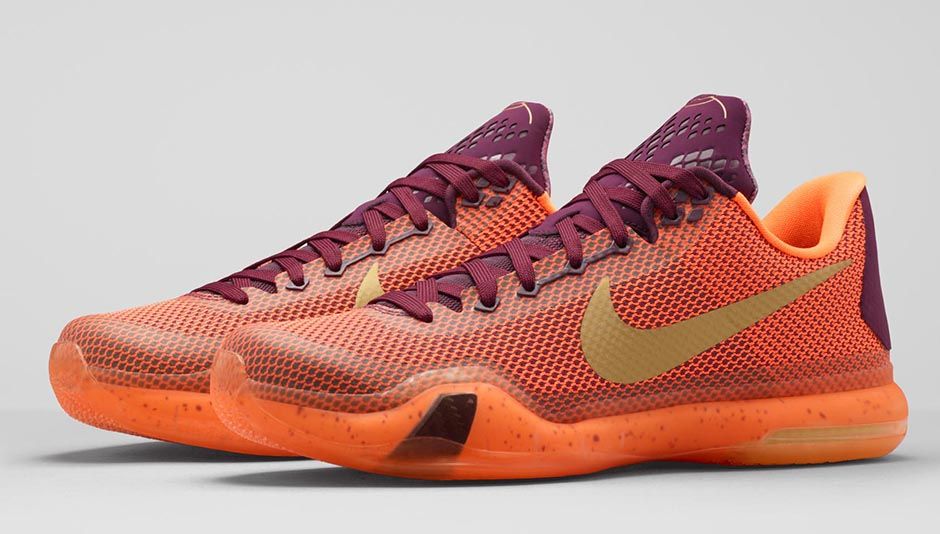 The colorway of the Kobe X ‘Silk Road’ is basically orange and purple. It could remind of a Lakers colorway if you broadened the scope of the team colors and left them to interpretation, but it’s clearly much darker and more toned down. The golden Swoosh add something fancy, without making the shoe look cheap. I’m usually not into speckled soles or midsoles, but the purple, or better “Dark Merlot”, speckles on the “Villain Red (orange)” midsole give the whole thing a little twist to it and are a nice playful detail. So is the print on the tongue’s inside. 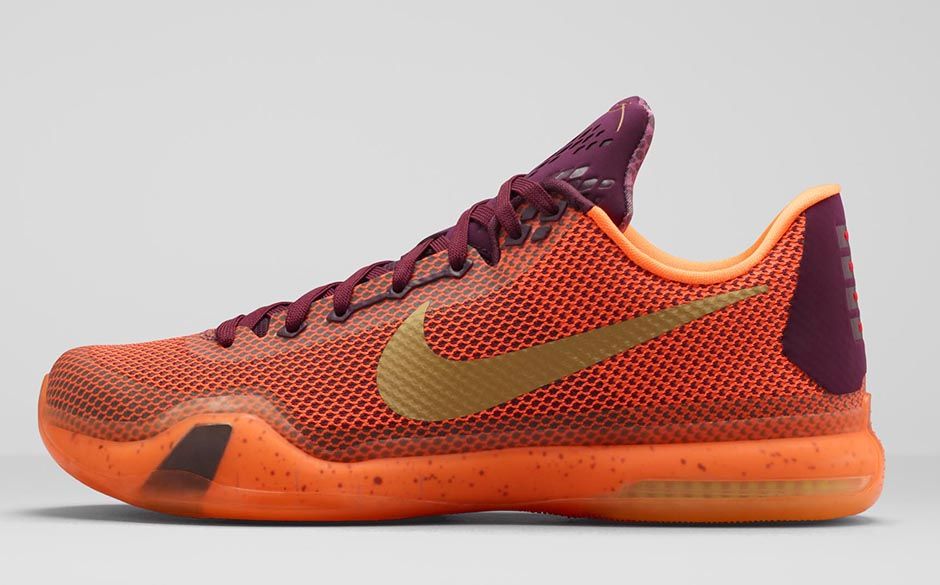 The Kobe X Silk is complex in its simplicity, which makes it such an intriguing design. Even though the Kobe X’s structure looks like it had one base color, actually it’s not, which you can clearly see on this colorway, since there’s a more obvious, but well-working contrast between Dark Merlot and the Villain Red. Even though the Silk Road colorway is on the flashier side, it’s still very wearable and suits the shoe perfectly.