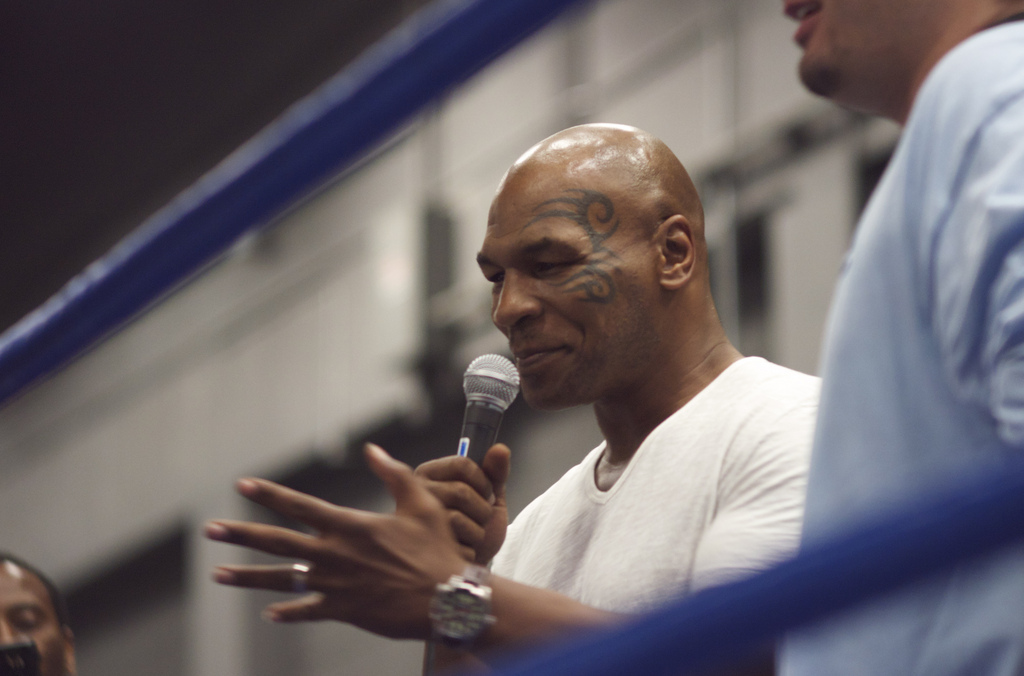 Jamie Foxx has announced that Martin Scorsese is set to direct the Mike Tyson biopic. Yes, you heard that correctly. Scorsese is directing his first boxing film since the classic Raging Bull, which is news almost as big as the Mayweather vs. Pacquiao fight, at least in the world of cinema.

This film is looking to be a first round knockout with the talent involved. Scorsese is a master at delving into the lives of complex, ferocious characters that are dark and troubled. Without a doubt, it’s a match made in heaven (or hell). Scorsese is the best director to capture the pain and fury behind Tyson’s punches.

The Tyson film seems to be the next project that’s set up for Scorsese to direct, which means the Frank Sinatra film may be put on hold.  Also on board is writer Terence Winter, who wrote the script for The Wolf of Wall Street, giving us another reason to be intrigued.

Now, the 47-year-old Foxx might be a bit too old to portray the young Iron Mike Tyson, former heavyweight champion of the world and baddest man on the planet, but it seems doable. Tyson right now is only a year older, but with the team involved, anything is possible. Foxx has done impersonations of Tyson before, and he definitely has the acting chops to portray the menacing figure and broken soul. On Power 105.1’s the Breakfast Club, Foxx had mentioned that he’s about 205 lbs right now, close to Tyson’s prime fighting weight of about 215 lbs.

As for the rest of the cast, who’s going to play Cus D’Amato and Kevin Rooney? Perhaps Joe Pesci as Cus and Clark Gregg as Rooney, which would be the second time he’s played Rooney since he took on the role of Tyson’s trainer in the 1995 HBO movie Tyson. The casting choices for the key roles will be interesting indeed. Wherever this project is going, boxing fans and film fanatics alike will be shadowing every move.