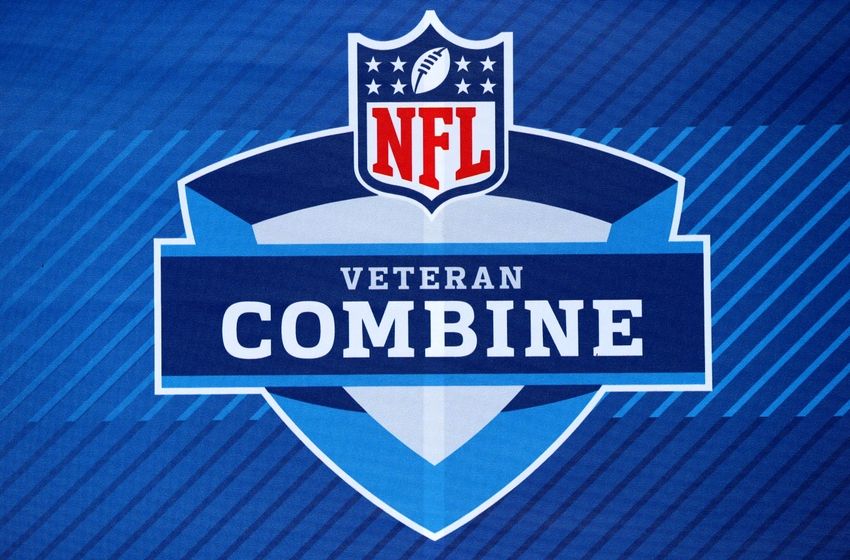 I was elated when news broke that the NFL would invite over 100 veteran players to participate in a combine to showcase their skills. The four days of media coverage on the rookie combine is always a well orchestrated set of analysts, scouts, players and coaches that allows everyone the to make educated guesses on where a player will be drafted and by whom. I drooled at the possibility of a similar event with NFL veterans. Sadly, my hopes were dashed when watching the one-hour NFL coverage of the event this past Sunday night.

There are so many problems with the coverage I don’t know where to begin. Let’s remove the excuses. The NFL Network has lots of experience with combine coverage. The rookie combine (RC) showcases up to 335 individuals each year. These are college kids who have never been through the process before, and may not even be sure what coaches are looking for. One-hundred and five players showed up for the veteran combine (VC), and nearly all have been through the combine process. The rookie combine brings in record numbers every year. Why the same formula couldn’t be emulated for the rookie combine is completely beyond me.

Problems include air time (both length and hour), the lazy coverage of players, constant repetition, and the small amount of attention paid to teams with representatives at the combine. Since many of these problems are interwoven like a tapestry of vomit, it’s hard to separate out where one ends and the other begins.

The coverage aired at 8:00pm EST although it was clearly filmed earlier. The RC is more than 300 players over four days. Getting through 100 guys for the VC in a single day is manageable. Condensing it into an hour of television is silly. Putting that hour in prime time seems sillier. The NFL Network that struggles for unique content, so surely more than an hour could have been afforded. Eight hours of  combine coverage followed by an one-hour recap then that would have been perfect. I don’t need to see the list of top-ten tight ends again that excludes Jason Witten, Rob Gronkowski, and Jimmy Graham.

The VC began with coverage of Felix Jones: a highlight reel, a breakdown of his NFL numbers, stats from the VC, and a short interview. I would have loved to see them show his original combine numbers to his current ones, but overall I thought it was good. However, I would have liked to see them do this with every single player. Coverage seemed absolutely limited to Felix Jones, Brady Quinn, Michael Sam, and Jamal Anderson. There were brief mentions of other players, but very little workout film and even less game film. It felt contrived as if the producers only wanted to focus on guys who you may know, and stories you may like.

Similar to the RC, I wanted the VC to allow the athleticism to stand-alone. It’s almost Olympic (Mike Mayock refers to the RC as the “Underwear Olympics”) in the way you’re comparing speed, agility, and strength, yet none of that was compared. I watched the entire thing and I couldn’t tell you who ran the fastest 40-yard dash time. I can tell you that Adam Carriker had the most bench reps, with 40, as he was the only one to do the bench press but it wasn’t shown. You have one guy bold enough to do one of the tougher physical drills, and he posts a very respectable number, and you don’t show it? Is this amateur hour?

With only an hour, you’d have thought it would be jammed packed with stats and clips from the workout. That would have been better than watching the three NFL Network staff in director chairs on a sunny field in Arizona saying the same things over and over again. These guys had to have something in their contracts that stated they get paid extra every time they say certain key words.

Otherwise their vocabularies were really limited. One announcer referred to Felix Jones as a “speed merchant” on at least two separate occasions. Was “merchant” a word-of-the-day? The commentators went over the same fundamental points at the top and bottom of every show segment.

No wonder I saw maybe 20-seconds of footage of some coaches on hand to grade the veterans. Chip Kelly was the only coach I recognized. There was no mention to how he would be evaluating the players here, or what sorts of positions he might be looking to fill. That is at least 10 percent of the filler content from the RC. Showing who is there, what the team needs to look for, and discussing the type of players that would fit well in that scheme. None of that happened at the VC, and while I noticed this during the broadcast, it wasn’t until the crew signed off that I was left wondering, “Where the hell was everything?” It was unlike anything I’d come to love and expect from the RC.

There were a few positives regarding the coverage. The speech and interview with director of football development Matt Birk were good foundation pieces to show the mindset of the league in terms of why the event was beneficial. The inclusion of a quarterback trying out as a wide receiver who had just finished his military service was a nice storyline, even if it was only glossed over. I still believe that there is a place and value in the VC for the players, the teams, and the fans. Even with the poor execution, I trust this will be something that the NFL does again next year and hopefully learn from their mistakes.