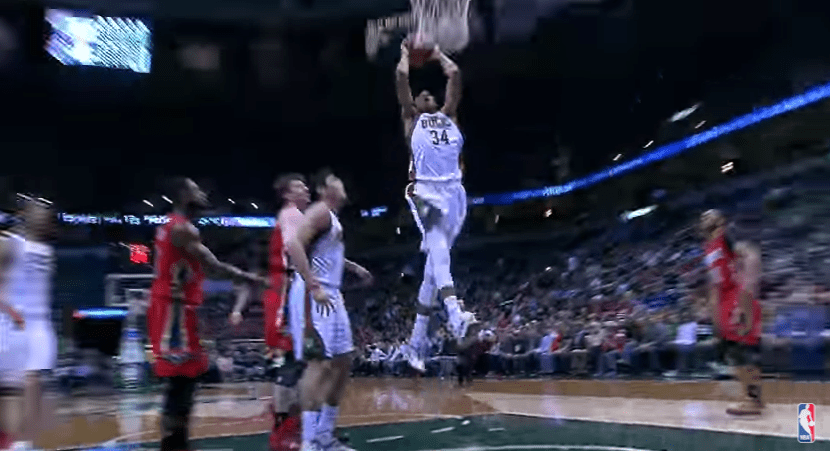 The argument for throwing out a conference split in the NBA and seeding the playoffs by best record has been bolstered this year, as the Eastern Conference continues to lag behind its Western counterpart. The East is full of sub-.500 teams that have achieved their lowly records despite mostly playing their subpar neighbors. Three teams with losing records will likely make the Eastern Conference playoffs. Meanwhile, two teams likely to finish with 40 wins or more will miss the playoffs in the West, where seemingly every night there’s a game that affects playoff seeding. The current conference split affect the Finals matchup which means we aren’t getting the best playoff climax.

Virtually everyone in the Western Conference playoffs will have a shot at making the Conference Finals, and thus a chance at playing the Eastâs champion. The consensus in the East is that, barring a surprise, the Conference Finals will feature the Atlanta Hawks and Cleveland Cavaliers. Aside from the Chicago Bulls, it would be a pleasant surprise if any East playoff opponent gave either of those teams a six-game series before the Conference Finals.  However, amid the East’s futility lie rare opportunities for growth. It may be April Fool’s Day, but don’t tell the Eastern Conference teams battling for the postseason that their playoff push is a joke.

Those in the running have taken it seriously, as they should. They’ve bucked against the trend of lesser teams to coincidentally fall off at the tail end of the season in hopes of landing a higher draft pick. The Boston Celtics shipped off their two best players, but instead of packing it in, are fighting for the East’s eight-seed. (That decision, perhaps, was aided by the comfort of knowing how many picks they have.)

They’ll build for the future in June like everyone else, but they’re also putting in place a foundation right now. The Celtics, if they make the playoffs, and a team like the Milwaukee Bucks who, particularly after Jabari Parker went down, were in a position to look to next year are getting an important taste of NBA success. The postseason will provide their teams with invaluable experience and, they hope, accelerate the maturation of their young players. Flawed or not, these Eastern Conference teams are taking advantage of the structure of the playoffs, and are getting something organizations in the West have to pay a premium for.

At 2.5 and 4.5 games out of the playoffs, the New Orleans Pelicans and the Phoenix Suns are probably going to remain untested in the postseason. For young, talented teams, that experience is necessary to make the leap to contender. Look at how many times the Golden State Warriors failed in the playoffs before this year’s regular season (and projected postseason) breakthrough.

Advancing in the Western Conference playoffs requires the perfection of a gladiatorial fight to the death, whereas the East’s postseason is more like LARPing: for most, the stakes aren’t high. Western teams have to scratch and claw their way into the playoffs, the culmination of years of failure and roster-sculpting done with the goal of securing a Finals berth or more. On the flip side, nearly half of the Eastern teams are just happy to be there, and the playoffs are just part of the team-building process. Had Kevin Durant and Serge Ibaka not gotten injured, what would be expected of them as an eight-seed? What will be expected of the Celtics as an eight seed?

Every team in the league is capable of getting assets on their roster, but only a fortunate few are able to hone them with early playoff experience.

The first couple rounds of the Eastern playoffs are sure to be much more predictable and much less exciting than whatever happens in the West over the next couple months, but by no means will they be insignificant.