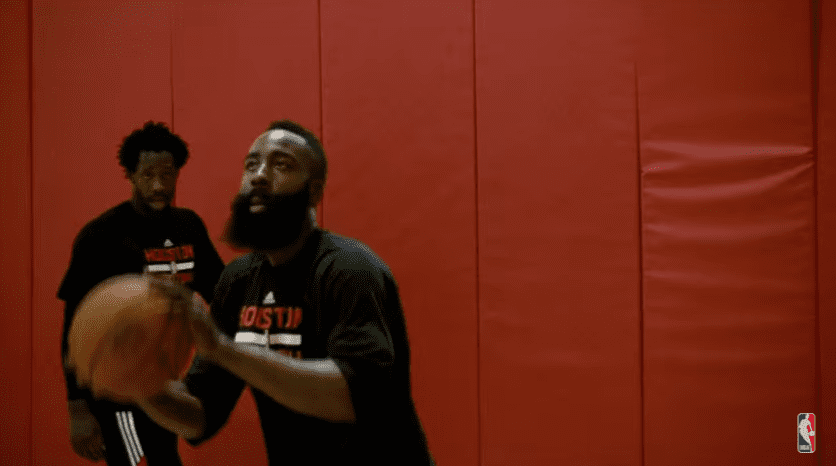 There was a moment in the third quarter of the Dallas Mavericks, Houston Rockets game after Dirk Nowitzki scored on a turnaround fade away jump shot, pushing his team’s lead to 67-58, when the media paused for a moment and held their breath, a single thought radiating through their minds:

OK, this is nice, but now you’re got to blow this one.

Not a typical thought for witnesses (and fans) of the on-again, off-again Mavericks, who are more used to thinking Okay, this is nice, now finish them off and leave nothing but the effing bones. Only, this isn’t your basic run-of-the-mill game. Dallas is almost a shoo-in for the seventh seed in the Western Conference standings and are a couple games away from locking it down, while either Houston or the Memphis Grizzlies are favored to nab the second-seed position (the seventh seed will face the second seed during the first round of the playoffs). A Rockets win would move them up a half-game ahead of the Grizzlies, thus, collaborating with fate so that red and blue would ultimately face each other in a couple weeks, a comfortably spacious thought in the weary minds of onlookers since the Mavericks and the Rockets have played dangerously close games despite Dallas’ 2-out-of-3 losses to Houston before Thursday night’s game. Considering these factors, the Mavericks could have done a disconcert to their fan base by spewing monkey chunks all over their home court, allowing James Harden and his team to dance all over their faces and steady their own standing, but then they wouldn’t be the inexorable Mavs everyone has come to know.

So the 108-101 loss to Houston wasn’t too disparaging and more urbane than anything.

“We could have won tonight, but we came out the second half a little flat,” Amar’e Stoudemire expressed following the game, his eyes hidden coolly behind round John Lennon-like sunglasses, equanimity beaming from his strong posture. “We didn’t start the third quarter with great energy. The fourth quarter wasn’t great for us either so the first half we played well, the second half we didn’t.”

The tango between the teams came to a head in the third after Chandler Parsons was ruled out of the game due to right knee soreness, which apparently appeared the night before when the Mavericks beat the Oklahoma City Thunder in an ass-clenching manner.

“He has right knee soreness,” Mavericks coach Rick Carlisle said to the media. “He tried to go in the second half. We aren’t sure exactly when it happened, but it was more noticeable after the game last night. He tried to give it a shot today. He gave it a real shot but he just wasn’t moving right and he was having some discomfort so we pulled him.”

Despite the “setbacks” during this particular game and the Parsons shaped hole in the offense, the Mavericks didn’t roll over. It’s just not their style.

Even though some claim it’s far from their minds at this point (yeah, sure), the thought of a Dallas-Houston match up in the first round of the playoffs seems rather intoxicating.

“I would like our chances in the series,” big man Tyson Chandler said when asked about potentially facing their Texas rivals in the playoffs. “I felt like tonight was a very winnable game. I felt like if we stuck to our strategy we would have come out with a win.”

“I’m more focused on what we can do to get ourselves playing better,” Carlisle mused when asked the same question. “But they are a tough team. There is a reason they are number two or three in the West so we will see what happens.”

Come Saturday when the Mavericks face the most fatal team in the West, the Golden State Warriors, we can expect to see Dallas officially giving it 100 percent on the floor, their postseason fate becoming clearer by the day.