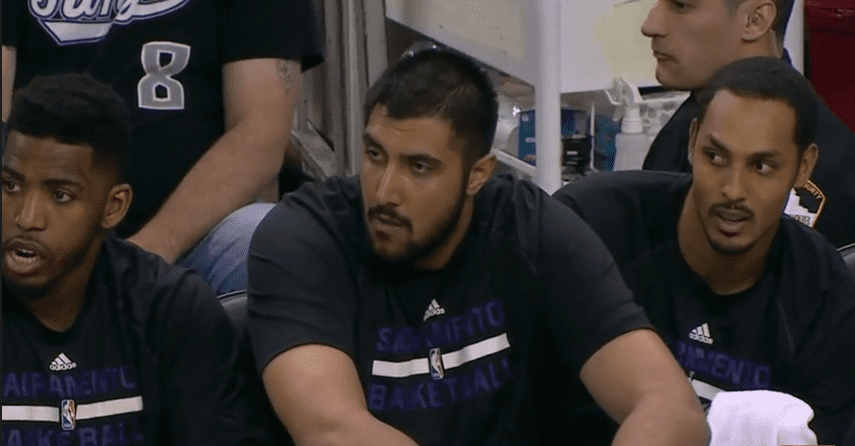 In the long and storied history of the NBA, players have come from all sorts of places with every sort of heritage. Even MVP winners have come from places other than the Unites States. It’s hard to believe that we haven’t seen it all but obviously we haven’t.

I’d like to introduce you to Sim Bhullar. Now what makes Bhullar special (aside from his hulking seven-foot-five, 360 pound frame) is the fact that he will be the first and only player of Indian descent to sign a contract in the NBA. On April 1, the Sacramento Kings announced that Bhullar signed a 10-day contract with the team.

Oddly enough the first player of Indian descent was not born in Indian, or even the United States, but in neighboring Canada. Bhullar was born in Toronto, to Indian born parents, and played in youth leagues against Andrew Wiggins and Anthony Bennett. Kings owner Vivke Ranadive felt an instant connection with Sim.

This is not the first time the Kings have worked with Sim. Bhullar was in competition for a roster spot in training camp with the Kings in August 2014. Alas, the marriage was not meant to be at that time. Bhullar was undrafted out of New Mexico State. He later signed with the Reno Bighorns in the NBA D-League where he is averaging 10.3 points, 8.8 rebounds and 3.8 blocks per game.

The Kings have referred to Bhullar as a project, and boy this seems like a large project. Clearly the physical traits are all you can ask for from a center in the NBA, but his conditioning has been questionable. With that said, he has shown flashes of being an elite talent in the middle that many teams would covet. In his last game in Reno, Bhullar played 38 minutes and recorded 19 points, 15 boards and 5 blocks. I’ll take that stat line any day of the week.