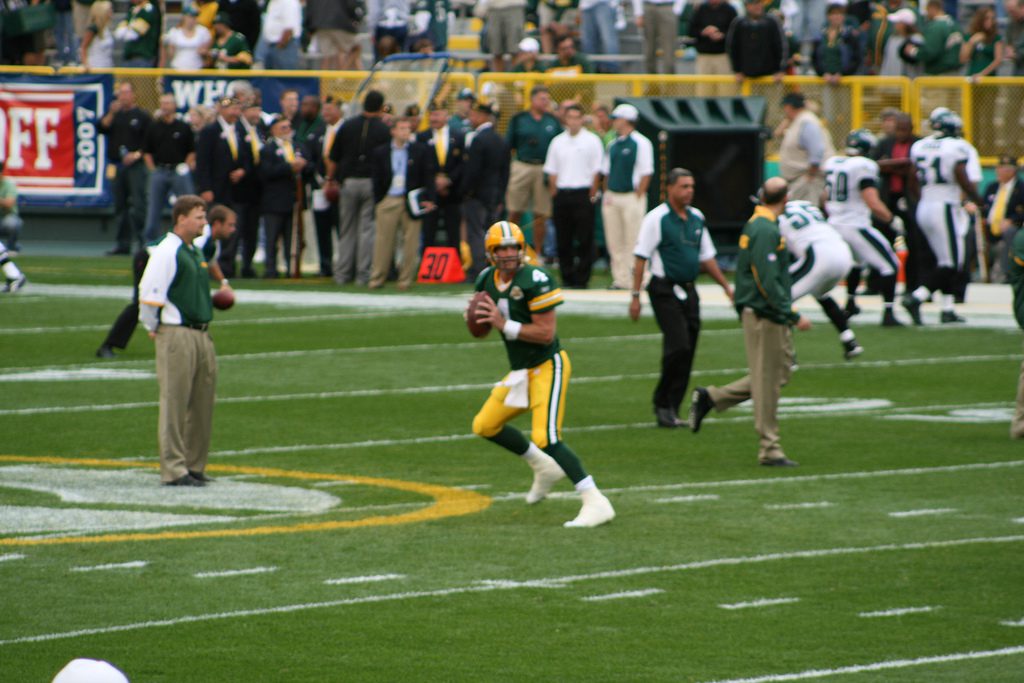 When Brett Favre‘s long-time agent, Bus Cook, was asked which game would be best game for Brett’s number retirement ceremony at Lambeau Field, he smiled and said “The best game would be the Bears”.

Favre’s No. 4 will go up on the Lambeau Field façade on Nov. 26, when the Green Bay Packers host the Chicago Bears in a Thanksgiving night game.