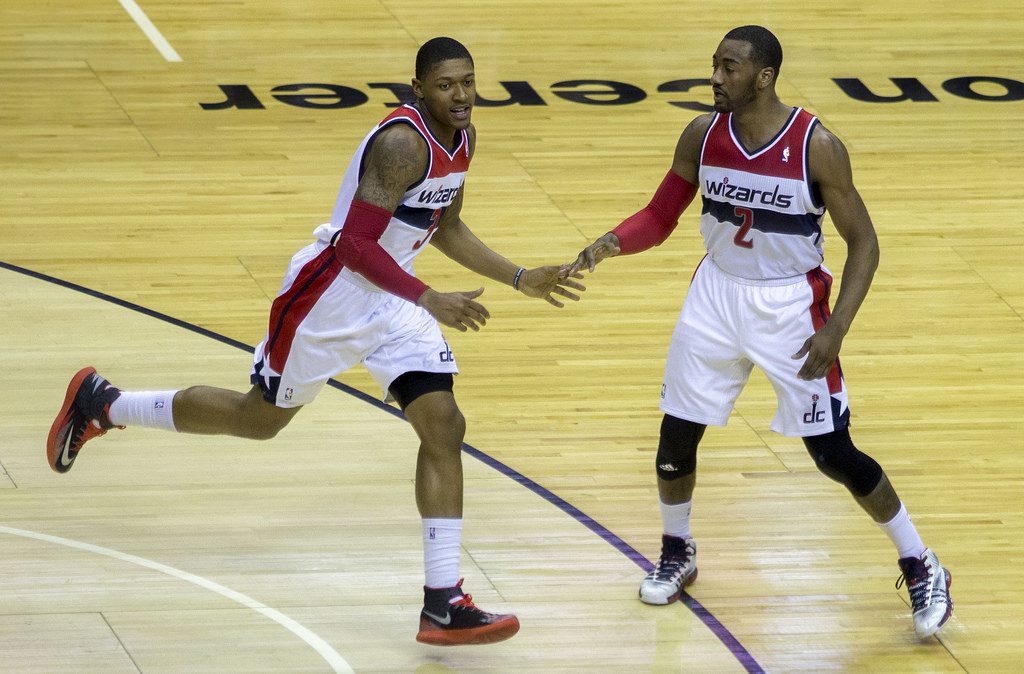 If Game 1 was sinful, then Game 2 was an apology to the Basketball Gods and the Toronto Raptors were the sacrificial lamb.
After opening up an early lead, the Wizards fought back as both teams tried to restore their honor on the court.
The Deadly Sins of Basketball: poor shooting, bad turnovers, missed rotations, and slow pace were all committed in a less than impressive game Game 1.
As far as redemption goes, the first quarter was definitely an improvement. DeMar DeRozan offered up four straight jumpers in the face of defenders to give the Raptors an early double-digit lead. Meanwhile, John Wall did his part scoring eight first-quarter points as well as dropping five dimes.
But say a little prayer for Kyle Lowry.
Early in the second quarter, the Raptors’ point guard, who had set out to repent his Game 1 sins most, committed two fouls in the space of 30 seconds and went to the bench with the Raptors leading by six.
Although Lowry has been less than impressive on the court so far in this series:  5-20 from the field, 3-6 from the free throw line and more fouls than assists; his presence on the court is integral for the Raptors.
Not surprisingly, what happened next shattered the Raptors chances at redemption. The Wizards went on a 31-14 run with their floor general on the bench and never looked back.
With the struggles of Game 1 behind them, the Wizards’ youth group of John Wall, Bradley Beal and Otto Porter lifted and propelled Washington to victory.
Beal, who shot just 6-23 from the field in Game 1 for 16 points, he scored that many in the final nine minutes of the second quarter — he finished with a game-high 28.
His backcourt running mate, John Wall, chipped in 26 of his own and Wizards’ franchise record 17 assists.
When Bradley Beal takes the ball into the lane with the same ferocity as John Wall there is little the Raptors can do.
Meanwhile, Otto Porter, who has spent large chunks of this season in Randy Wittman‘s doghouse, dropped in 15 points on 6-8 shooting and pulled down nine rebounds — the most he’s had this season.
The Raptors managed to cut the deficit a couple of times, but never looked likely to snatch victory as the Wizards shot 27-39 over the second and third quarters.
Newly anointed Sixth Man of the Year, Lou Williams and DeMar DeRozan each managed 20 points, but it was on the defensive end that the Raptors left much to be desired.
The Wizards found success with a small ball lineup playing Paul Pierce as an undersized power forward.
Indeed, the 37-year-old, who’s the man every Raptors fan loves to hate, yelled, “I don’t want to go through customs no more!” as he headed to the locker room on Tuesday night.
He mightn’t have to — if the Wizards win both games at home this weekend they would sweep the series and move on to the second round.
It’s the second season in a row where the Wizards have hit the road to start a series and won both contests.
Last year, the Wizards took two from the Bulls on the road before finishing them off in five games.
Now the Raptors will need a miracle to salvage the series but is there anybody out there that can save them?