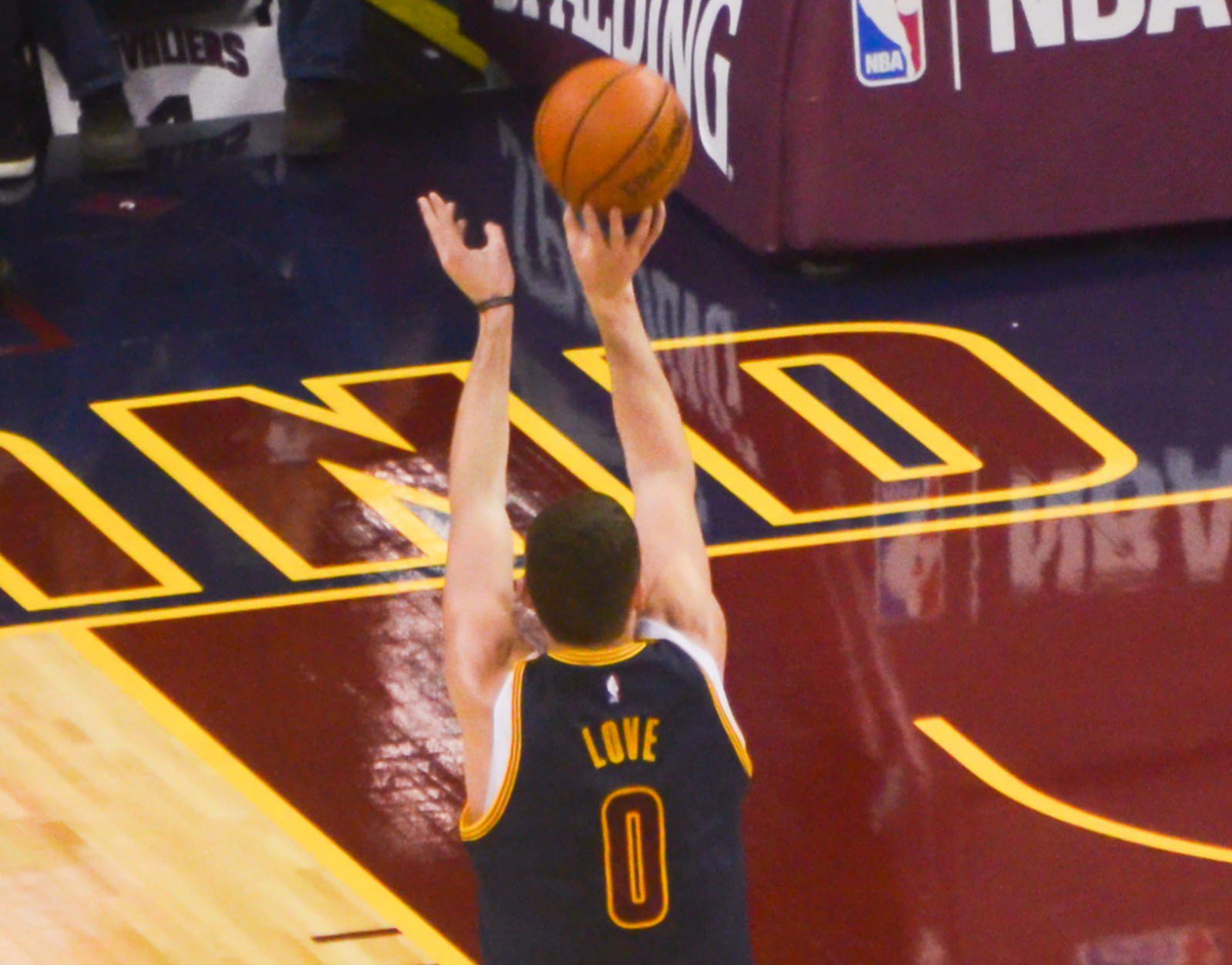 The last time LeBron James participated in a playoff game in Boston as a Cleveland Cavalier it ended with him removing his jersey before he was even off the court. The chances of that repeating in Game 3 are slim to none, the only way LeBron would take his jersey off in this matchup is if it was on fire, as he was in Game 2. Even the most faithful of Boston Celtics fans do not expect their team to win the series, but, at the very least, possibly take a game or two.

The Boston fans certainly brought the energy for their basketball team and that was apparent from the chants at tip off. The starting five’s remained the same which confounds many. Isaiah Thomas should be starting over Marcus Smart at this point in the series, he creates matchup problems all over the floor and scoring has not been a strong suit of this Celtics team overall this year.

Cleveland continued to do what they have been the best at since the All-Star break; three-point shooting.  Kevin Love got off to a good start for a second straight game, banging home his first shot. I can’t help but notice how greatly Cavaliers’ center, Timothy Mozgov benefits from the unselfish play of LeBron James. It’s starting to seem as if he will be a giant X-factor deeper into the playoffs by showing us signs of “big boy” play early in the quarter.

The Cavaliers jumped out to an early five-point lead before Celtics’ head coach Brad Stevens took his first timeout of the game with seven minutes remaining in the opening quarter.

Out of a timeout, Avery Bradley, hit a three-ball off of a drawn play showing us that the Celtics’ offense continues to thrive off of Steven’s whiteboard work. Also, Jared Sullinger and Isaiah Thomas came off the bench earlier than any game so far in the series, giving a sense of urgency from the Celtics, and rightly so.

Another first in the series, to the delight of Stevens, was at the four-minute mark as both teams were under 20-points, which favored the Celtics greatly. Bradley would go on to show us the first signs of life he has had all series, hitting consecutive jump-shots and playing defensive-stopper to LeBron James. Bradley’s energy must have breathed some life into fellow series zombie, Jared Sullinger, who finished the first quarter with six points and four rebounds.

The “hack-a-Shaq” method the Celtics have deployed against Cavs bench Forward Tristan Thompson began to backfire late in the first quarter as he hit four free-throws in a row. As bad as the Cavs played, and as surprising as Boston’s offense was, the quarter ended with the Cavaliers on top 31-26.

Second quarter opened with LeBron showing everyone that when he wants to take control of a game, he will, and no one can do a thing about it.

It must be frustrating as a defender, the man is a freight train when driving to the rack. James recognizes that his team feeds off his energy, ramping it up when necessary knowing his team will follow.

As great of a story as Isaiah Thomas has been this season, it’s becoming more obvious that he cannot get this offense going on his own, and seems to be silently begging his teammates to step up. Avery Bradley was beginning to answer the call in Game 3, but to no avail.

Jae Crowder continued to be the heart of hope for the Celtics by not only by telling the press his team is “not scared”, but by involving himself in every play, resulting in his teammates taking que catapulting the home team into a tie game at 38-all with six-minutes remaining in the half and the Garden was rocking!

Was this the game the Celtics would steal? The home crowd started to believe it was.

After a hard foul on Irving by Jonas Jerebko slowed the momentum for the Celtics, but not quite to a screeching halt, as early Player of the Game Candidate, Jared Sullinger, had a big stuff on Mozgov, leading to two-straight buckets by the green team.

Exceptional transitional defense by the Celtics began to take its toll on the Cavaliers’ starters as a clear look of frustration started to show. The look did not scuffle their brow for too long though as Cleveland went right back on top by a twelve-to-zero run, capped off by a flagrant-one foul by Evan Turner on James.

For the third-straight game when halftime came, it was advantage “James’ Gang”.

Brad Stevens must have a steady supply of “Michael’s secret stuff” in the locker room. Yes, that was a Space Jam reference, because this series has resembled the Looney Tunes vs. the Monstars and the Celtics exploded out energized to begin the second half. So did LeBron for the third-straight game and made sure to keep his forward Kevin Love involved by assisting on his fourth three-pointer on the night.

Halfway through the third in each of the first two games is where the Cavaliers started to pull away from Boston. But that was in Cleveland, and while they held the lead, the Celtics were more lively than ever at that point in the game. In spite of the stiff defense by the Celtics, Love continued to get open at the arch, and James continued to find him, keeping the Cavs just a fingertip away from the stellar play of Sullinger and company.

The third quarter would end with Cleveland up eight points and looking to only inflate the lead in the following and final quarter.

J.R. Smith began to find a rhythm from beyond the three-point line which is a first in the series. That was the trend in the first three quarters- was it not?

The only thing now that could be a first in the series for the final quarter, was if the Celtics could miraculously pull out a win.

The spotlight grows bigger and burns brighter when you’re at home and about to go down three games to zero in a series.

The last thing you want to happen in a playoff game while facing LeBron James is give him extra possessions to beat you. That’s exactly what he did, and the trend of firsts was all but over as Cleveland left Boston behind on the scoreboard for a third-straight game because.

Kudos to the Celtics’ coaching staff for always keeping their team in a game mentally. Boston never gives up and it has made for good ends to games all season long for Celtics fans.

It also gave us a chance to watch LeBron James not be able to miss a basket even if he was blindfolded.

With the Celtics’ scrapping to keep themselves in a semi-close game putting them in a pivotal position despite James’ alpha-play, and it was only a six-point game with three minutes to go. Jae Crowder forced a James turnover making everyone sit up from the laid back position that the quarter and series had lulled them into.

This game would not end as one-sided as the last two.

Evan Turner widened eyes with a big shot to cut the lead to three, but Kevin Love was not impressed and immediately answered with a made three of his own. With a minute and a half to go, the Celtics forced the Cavs to keep a tired starting group on the floor while Crowder and Turner attempted to lead a comeback, but a dagger three-point bomb off a James assist by Love ended the idea before it was a reality.

The Celtics should be proud of themselves for showing future free agents that they are only a top scorer away from serious playoff contention.

The Cavaliers are proving to be far superior than the green team and the biggest playoff game of Kevin Love’s career would help finish them in this one.

Love finished with 23 points, nine rebounds, and three assists. LeBron only continued his upward pattern in each game with 31 points, 11 boards, and four dimes. Evan Turner was two rebounds and two assists away from a triple-double, and Crowder was sensational with 16 points off the bench, but it was all for naught in Game 3, as the Cavaliers go up three games to none with a 103-95 victory.