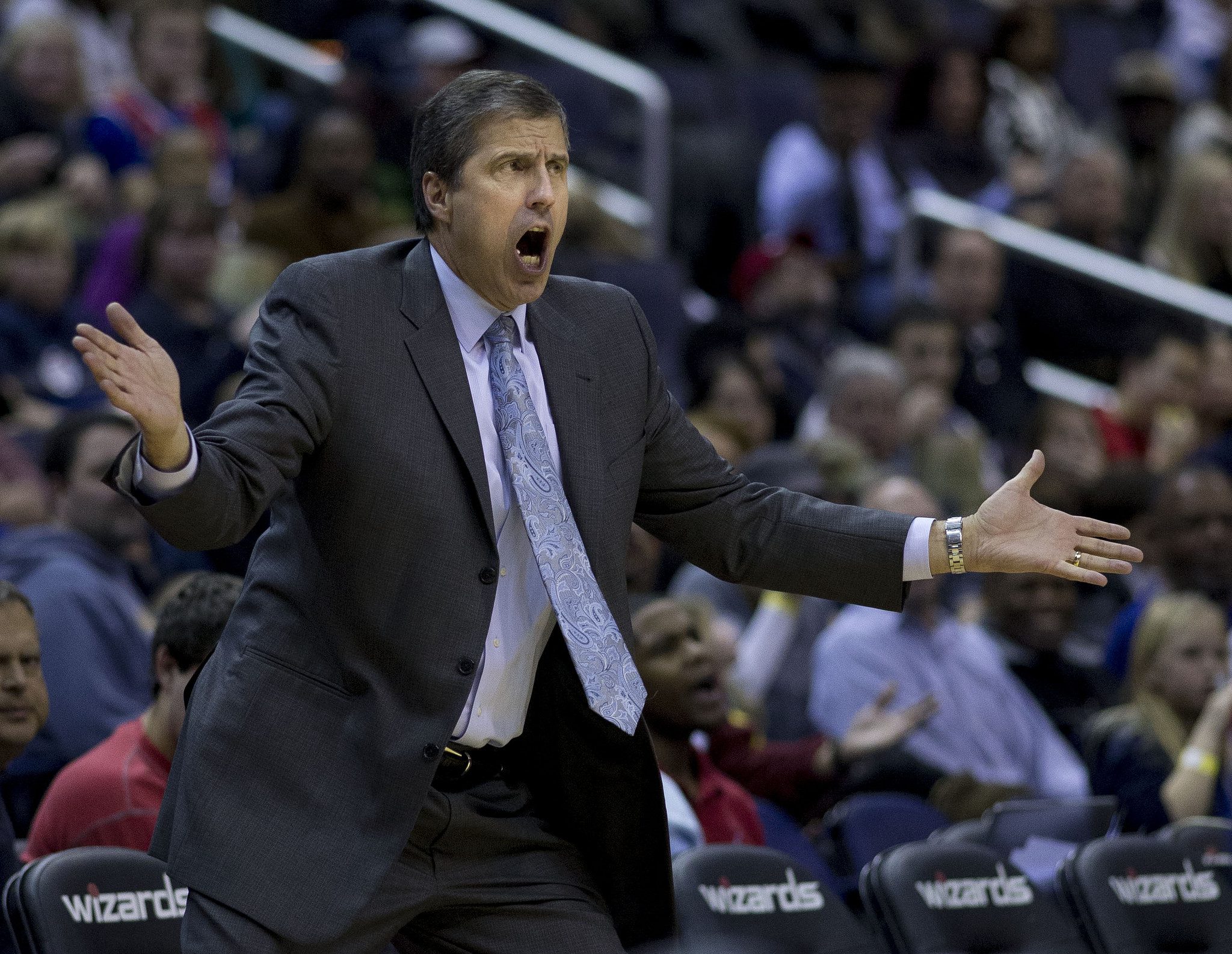 Before we dive into this column, there are two things you need to know:

1: Here at Baller Mind Frame, you’ll be able to find coverage for every NBA Playoff series from Round One through the NBA Finals. If you’re an NBA fan you might as well bookmark our homepage because this is the place you need to be for Playoff coverage. Better yet, just set our homepage as your homepage and save yourself some clicks. Seriously, who needs Google?

2: On top of all of the series specific content, I’ll be pulling my weight and contributing a whole bunch of playoff related content for the next two months. Every Tuesday you can enjoy my Trivial Thoughts Tuesday column, where I will put every off the wall, somewhat meaningless or borderline irrelevant NBA Playoff related idea or thought I’ve been pondering. On Friday’s … well actually, today is Friday, so hold your britches for just one second. And throughout the postseason I’ll be sprinkling in a few other delicious literary treats from time to time.

Alright, so it’s Friday and that means it’s time for Baller Mind Frame’s NBA Playoff Stock Watch. I’m no Jim Cramer and I don’t know what the hell a bull or bear market is, but I do have a ton of NBA knowledge and I am more than qualified to let you know whose stock is up and whose stock is down.

Now this is a truly fascinating story. We’re talking about a guy who almost single-handedly beat the Miami Heat in Miami at their apex three years ago and now he’s borderline unplayable. It’s hard to imagine Rondo making a night to night impact for any contender in the league, so naturally the Lakers will sign him to a huge deal in the offseason. I know that a knee injury and a few unhappy years playing for a crappy team can do things to a guy, but Rondo’s tailspin is an epic one.

Up: A potential Cleveland-Chicago series

It was already on par to be one of the most talked about Round 2 series in recent memory, and now 2015 Derrick Rose looks vaguely similar to 2011 Derrick Rose for the first time since 2011, Kevin Love has hit a few mild-pressure postseason shots, the Pau Gasol/Joakim Noah tandem is clicking, as is the LeBron James/Kyrie Irving partnership. Friends, we’ve got ourselves a good old-fashioned playoff slug-fest about a week away. There won’t be any pre-game love or mid-game laughs. Gear up for a war.

Game 2 was terrific; a vintage Tim Duncan performance, another great all-around showing from Blake Griffin, some clutch shots from Patty Mills, a sneaky dramatic Hack-a-Jordan sequence late in the 4th quarter (yes, you read that correctly), and a half-way down J.J. Redick three-pointer that would have tied the game with about 15 seconds left in overtime. By far the best game of the postseason so far, and though that isn’t saying too much, it does give hope that one of these first round series can actually deliver some drama.

For a crowd that has a solid track record for being loud and engaged in big games, they’ve been unimpressive this postseason. Granted, the Toronto fans haven’t had much to cheer about this series, but they packed it in early in Game 2 (when it could be the last time they see their home team this season) and they’ve leaned too heavily on the “Paul Pierce Sucks” chant, which isn’t funny or effective when your team is getting beat by twenty.

To my knowledge, this is the first home arena/home crowd that has ever been called, “Too loud,” by an opposing player or coach. So way to go Warriors fans, and way to go Monty Williams. You guys have all made history.

Up: The Zaza Pachulia and Nikola Mirotic dust-up

I haven’t enjoyed a fight featuring an Eastern European this much since Paulie and Christopher double-teamed Valery in the “Pine Barrens” episode of The Sopranos. On a somewhat separate note, I wish all Eastern European players were required to have a big beard like Mirotic has. I enjoy that grimy look.

Wait, what could possibly have happened to lower Aron Baynes stock?

The Celtics are going to get swept, but they’ve made every game interesting and the lion’s share of the credit goes to Stevens, who is putting the finishing touches on a season where he made a chicken parm dinner out of chicken shit. I said it before; just wait until Stevens got his hands on guys who should actually be playing fourth quarter minutes. Do you realize the Celtics closed Game 3 with Avery Bradley, Evan Turner, Jae Crowder, Jonas Jerebko and Tyler Zeller? Do you realize that’s about the best he could do with the roster he’s been given?

I already talked about the Toronto crowd being a disappointment, but you don’t need to look any further than Lowry to see why the Raptors are on the verge of extinction. Hey oh! 5 for 20 shooting and a 2 to 1 assist to turnover margin in Games 1 and 2 combined and it’s only going to get worse. In case you were wondering, John Wall is currently scheduled to tar and feather Lowry at halftime of Game 3.

Up: The Smoothie King Center

This is an arena with a legit home court advantage. The Pelicans fans have some Oklahoma City Thunder home crowd potential; super loud, super engaged, all dressed in one uniting color. I’m sold! Even though New Orleans has the Saints, it feels like the Anthony Davis factor could elevate the Pels to top team in town over the next few years. Bonus points are awarded for “The Blender” being the coolest arena nickname in the NBA.

Pop has to give the bulk of the point guard minutes to Patty Mills going forward if Parker can’t be anything more than a gimpy non-factor, right? He went to Mills for the 12 minutes in Game 2 and Mills responded by coolly knocking down two free throws to tie the game with 8.6 seconds left and then putting in two buckets and four game-clinching free throws in overtime. I said it last year … I think Patty Mills could give the Spurs 80 percent of what Parker gives them, and I said that when Parker wasn’t doing his best Rajon Rondo impression. Too soon?

This is because compared to where they were one month ago, the following stocks are up:

Dwight Howard– Looks like he’s 85 percent of Orlando Dwight and 95 percent of what he was last year during the playoffs, and that’s a win for the Rockets. His presence as a rim protector is tangible and he’s gotten more of his springiness back than I expected he would after missing a ton of time due to knee and back issues. The possibility of Howard turning in this sort of performance was one of the two reasons I was hesitant to pick Dallas in an upset in Round One. The other was the fact that I was betting on the notion that Dallas could stop James Harden (to a degree, they’ve actually done this so far). I figured if Howard was incapable of getting back to this level or if Harden could be corralled then Dallas had a good shot to pull an upset. Little did I know, Josh Smith‘s stock would be at a three year high after Game 2 of the series.

Josh Smith – Really, this is exactly the role Smith should have been in for his entire career. Kevin McHale doesn’t need to play him a ton of minutes, but with the right opposing line-up on the floor and the right guys around him, the Rockets can actually run their offense through Smith as the point forward. It was a sans Harden, Smith-centric line-up that broke Game 2 open, unleashed Dwight Howard and made me really consider Houston’s ceiling. If Josh Smith could throw 18 alley-oops to Dwight Howard in the 4th quarter, why couldn’t the Rockets make the NBA Finals?

I’m trying not to worry too much about Dame; he’s going up against a Grizzlies team that has a bunch of gritty dudes who can make life really difficult for him, and the Blazers haven’t even played a home game yet … but the TNT crew was right when they said that Lillard doesn’t leave a positive imprint on the game if he’s not scoring. That’s a fact.

I mean … just look at Bradley Beal‘s face at the very end of the clip. It tells you everything you need to know about the Randy Wittman era.

And by the way, that was a virtuoso performance by the dry-erase board. The last time an inanimate object stumped someone in the NBA community that badly, the Miami Heat had just won an NBA title.