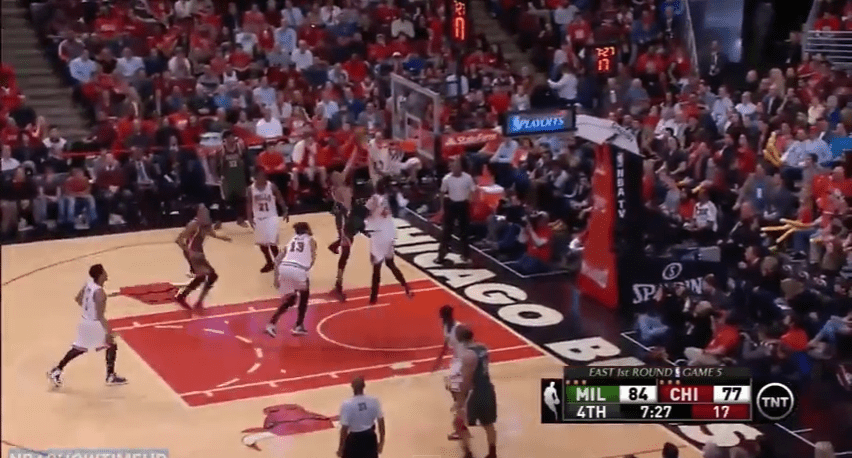 The Milwaukee Bucks beat the Chicago Bulls 94-88 in Game 5, making the series an interesting 3-2. The Bucks are looking to make history, as they are coming back from initially being down three games for the series. Right now, anything is possible. One thing is for sure, history is against the Bucks, but they’re not going down quietly.

Khris Middleton and Michael Carter-Williams exploded for a combined total of 43 points in Game 5 of the series, helping the Bucks stay alive in the playoffs. They both shot the ball very well, and the Bulls didn’t have any definitive answers for them.

“We believe that we can beat this team, and we felt that we shouldn’t be going home right now,” Middleton said.

Pau Gasol was on point, as he poured in 25 points and snatched 10 rebounds, making for a nice double-double in the contest. However, both Derrick Rose and Jimmy Butler struggled with their shot. Rose continues to have problems with taking care of the ball, as he committed 6 turnovers in the game. Butler couldn’t find his groove, making only 5 of his 21 attempts from the floor.

“Got to give credit to the Bucks for how they’re competing, how they’re giving themselves a chance,” Gasol said. “But we’ve done it to ourselves. Now we have a very difficult challenge in front of us. They have momentum. They have confidence. And they go home to force Game 7. Let’s see how we play Game 6, how we react to the situation as a team.”

This was another closely contested game, but the Bulls just couldn’t produce on the offensive end. They shot an abysmal 34.4 percent from the field, and a horriying 18.2 percent from beyond the arc. On top of that, the Bulls were also out-rebounded by the Bucks.

The Bulls need to get their act together to close out the series on Thursday for Game 6. If the Bucks manage to pull off a third win in a row on Thursday, they will be yet another game closer to making history.