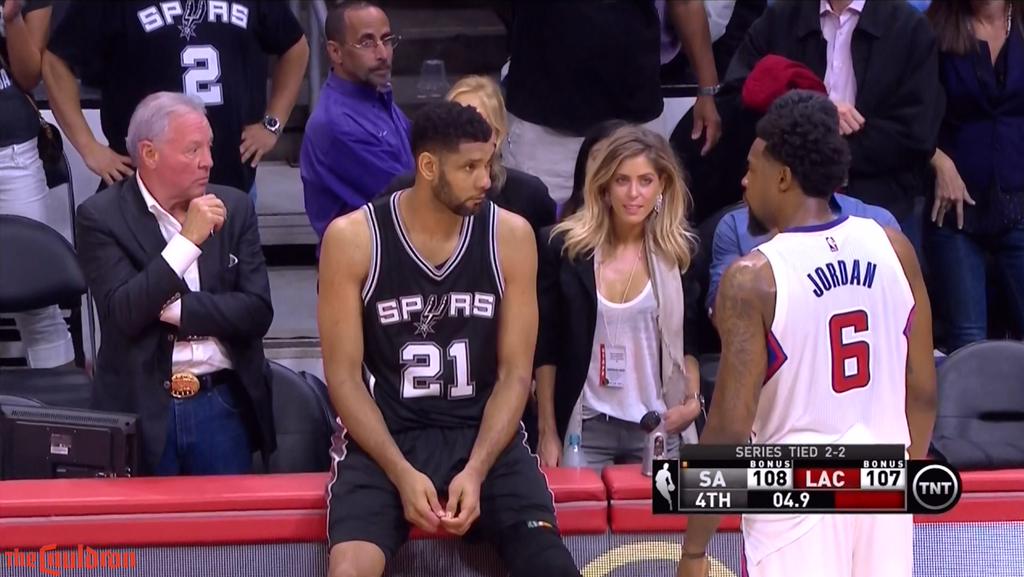 The San Antonio Spurs narrowly beat the Los Angeles Clippers in a 111-107 Game-5 win by a finger—some might even say literally.

But to pinpoint the crucial Game-5 loss to a simple grazing of a finger onto a basketball that triggered a basket interference is both irresponsible and overblown. If there’s something to take from this series, it’s that nothing should be overblown; it should all be taken as is. Plus, there are various other factors, that took place throughout the entire game, that attributed to the Spurs win.

First and foremost, the difference in three-point percentage is what separated the two. San Antonio was superb from the arc, shooting 47.8 percent on 11-for-23 shooting. Statistically, the Spurs were more efficient shooting a three-pointer than a higher-percentage two. More importantly, these three-pointers came from bench players in Patty Mills and Manu Ginobili.

Inversely, the Clippers were as bad as bad can get from the line. They ended Game 5 with an abysmal 7.1 percent shooting percentage. The lone three-pointer was shot by Matt Barnes. With the Spurs shooting the three ball so well and the Clippers so terribly, it’s no wonder the Spurs won. But as a Clipper fan, one would be optimistic entering Game 6 in San Antonio because they were within reach of the lead in virtually every other possession.

Blake Griffin had himself a game though based on his statistics, you’d think he would have spread out his offensive prowess throughout all four quarters. The Clippers starting power forward had 21 points and 8 boards just at the half. He ended his night with 30 points, 14 rebounds, and 7 assists.

Unlike the previous games, Tim Duncan kept up with Griffin. The 39-year-old boasted a team-high 21 points to go along with 11 rebounds—9 of those defensive boards—as well as 4 assists and 3 steals. It was such a productive night for the best power forward in the game that for for a brief instant, he tossed aside his focused, monolithic demeanor to celebrate.

GIF: Tim Duncan is knocking over so many plants tonight pic.twitter.com/CyZ1Q3iXZF

As the series headed back to Los Angeles, a familiar format reared its slow, drawn-out, low-percentage head via the hack-a-Jordan. The Spurs implemented this throughout the third quarter and it made the quarter a downright marathon of Jordan free-throw attempts. More importantly, it killed any momentum that either teams had. It proved to be a proverbial reset button for the players on the court, essentially begging a squad to take advantage of the clean slate (the game was typically close around this time) to win the game. Because the Spurs were at the forefront of this method, they grabbed the upper hand.

In the the end, the Clippers had an opportunity to gain the lead with 6 seconds left. After getting the ball inbounds, Blake Griffin looked to a close floater over Duncan. The ball rolled to the right side of the rim and made its way to the left side. As the ball made its revolution, it looked like the ball would eventually go through the hoop. It did, then DeAndre Jordan slightly touched it on its way down, which is why the referees had to discount the basket. From there a slew of intentional fouls created false hope for the Clippers as the Spurs increased their lead.

In this series, the road team has won three out of the last four games. If the San Antonio Spurs want to win in six games, they need to curb this trend by winning at home on Thursday night. If you’re the Clippers, you have to be at least marginally confident going in. And if you’re a fan of basketball, you just want this series to go seven games regardless of the winner. Here’s hoping.