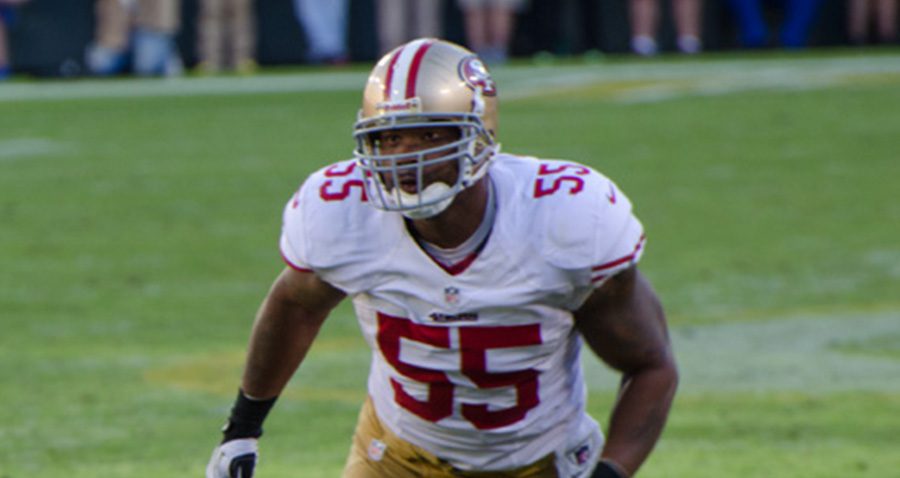 A warning to readers: This story contains information that is equal parts sad and disturbing. Current San Francisco 49ers linebacker Ahmad Brooks and former teammate Ray McDonald are in legal hot water after a woman accused Brooks and McDonald of sexual battery and sexual assault while she was unconscious at the home of Ray McDonald in 2014.

The woman alleges she was at a party at McDonalds’ home when she slipped and fell by the pool. She continued to stumble and fall due to the head injury sustained as a part of the fall, and her alcoholic consumption. At one point, she believes McDonald thought she was dead, but did not call 911, telling other people at the house he didn’t want a dead woman found at his house.

The suit further alleges that Brooks groped her before McDonald carried her upstairs to his bedroom and sexually assaulted her. The woman believes there is surveillance footage that will confirm her recollection of events, including Brooks molestation and McDonald carrying her upstairs. McDonald is suing the woman for defamation of character, saying the footage shows a consensual sexual encounter between the two in a hot tub.

When reached on May 6th, Brooks’ agent did not have a comment, as he said he was only just learning of the allegations being brought against his client. Just when it appears as though the black eye on the face of the NFL couldn’t get any worse, it does.