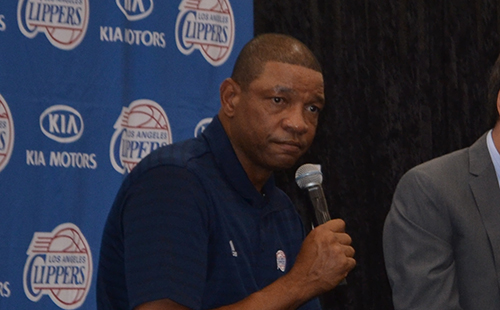 The Los Angeles Clippers beat the Houston Rockets in Game 3 with a score of 124-99. Though the end result seems one-sided, the machinations within the four quarters revealed the true, yet anticlimactic, nature of the series.

The Houston Rockets were able to beat the Clippers in Game 2 with the help of a litany of free throw attempts. This prevented any momentum to be effectively built up by either team while putting points on the board for Houston. The Clippers were well aware of that and were determined to fix that in Game 3, and they did for the first half, cutting their attempts by more than half.

Dwight Howard kept the Rockets in contention early on in the game with his array of offensive boards. With all the momentum that the Clippers had early on, the offensive rebounds proved to be the Achilles heel that prevented them from running away with the lead. All that Houston needed was the offensive prowess of James Harden, but that never came as he was too busy distributing the ball to the rest of the guards. Harden finished the night with 25 points. It wasn’t enough. He needed to take over the game for the Rockets to win.

The game was ultimately decided by one run in the third quarter that spiraled into a huge lead. Corey Brewer made a three-pointer with 3:50 left to shorten the Clippers lead. That would have worked if they continued attacking the basket, but they didn’t do anything. Now, when I say that they Rockets didn’t do anything, I mean that they literally did not score in the third quarter after Brewer’s three-pointer. They finally managed put points on the board with the help of a pair of Trevor Ariza free throws with 10 minutes left in the fourth. Putting that into perspective, the Houston Rockets went scoreless for almost six minutes at a crucial point in the game.

On the other side of the court, it looked like the Clippers took the offensive production from the Rockets and ran away with it. While Houston struggled shooting, Los Angeles went on an astonishingly long 23-0 run.

Though the run was a team effort, this moment was all Austin Rivers. Rivers made up for his Game 2 mishap by being a man possessed in the third quarter. During the Houston Rockets drought, Austin Rivers scored 18 points all by himself, most of which were driving layups as though he was a veteran guard taking over a game.

In 23 minutes, Rivers scored 25 points. Moments like these are what define a player and the playoffs as a whole. It reminded fans of the Austin Rivers at Duke who has a huge performance that granted the lottery selection. He went 10-13 for the night. As Rivers went back to the bench, the crowd at Staples Center began chanting his name, “AUS-TIN RI-VERS!” At some point, I expected Rivers to get up on the turnbuckle, raise his hand, and bask in the moment a la The Rock. Rivers was the people’s champ in Game 3.

While the Clippers had their shining star for the game, they also had an unsung hero. How you can score 31 points off 11-14 shooting and not be in the conversation as the best performance of the night as baffling, I know, but it somehow happened. Part of that is attributed to Redick being the constant offensive force at the start of the game while Chris Paul eased into his first game of the series. 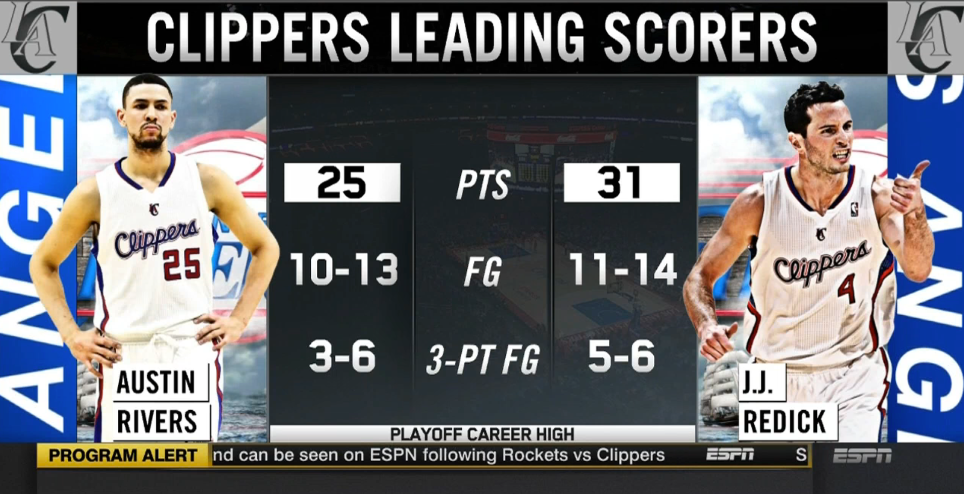 Game 4 will be played on Sunday at 8:30 PM EST in Staples Center.