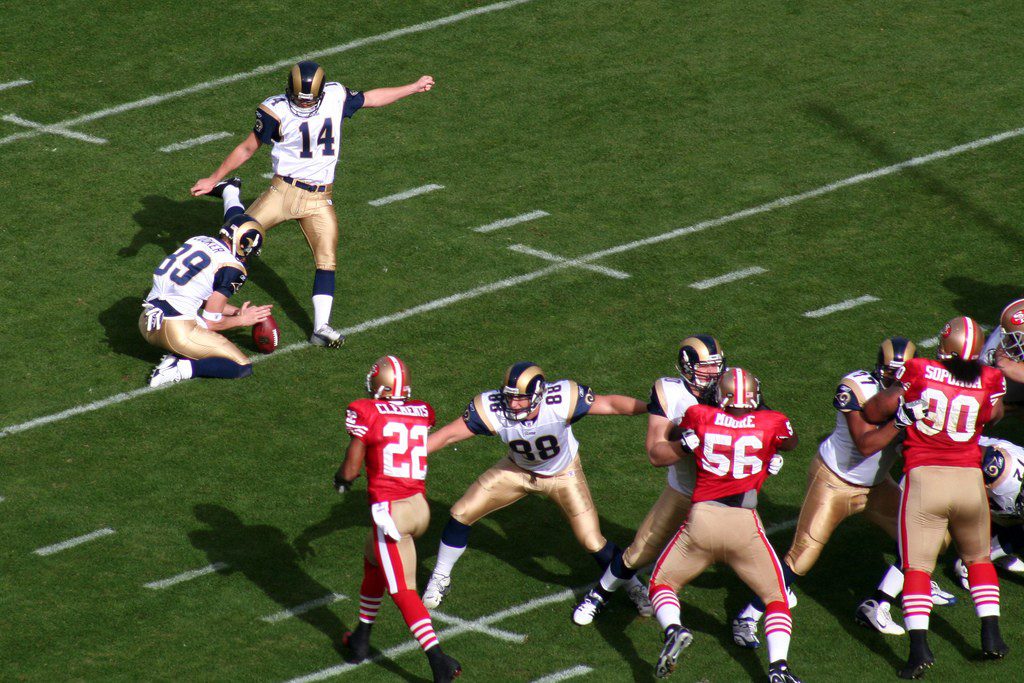 At the annual NFL Spring owners meeting many topics are discussed and voted on.

More often than not, the status quo is maintained as there is often reluctance to change (especially among men of advanced age). There have been some notable exceptions, like the new rules making it impossible for defenses to touch a quarterback without getting a penalty, or for defensive backs to jostle wide receivers on their routes.

We now have one more change to add to the list.  In a vote on May 19th, in San Francisco the owners agreed 30–2 to move the extra-point kicking attempt back to the 15-yard line, from it’s current spot on the 2-yard line.

Kicking the extra point from the old spot connected at about 98 percent, whereas the NFL average of field goals from 33-yards out is about 97 percent, so I’m not sure this changes the thought process entirely.

The two-point conversion still is attempted from the 2-yard line, so no change there, however there is a more interesting change to the rules surrounding these plays.

If a field goal is blocked and the defending team intercepts or recovers a fumble, the ball is now live, and the team can return the ball to the opposing endzone for two points. In the old rules the play was dead if the offense failed to score. While it’s likely this will change virtually nothing, it’s nice to know that the NFL is willing to inconsequential changes to aspects of the game few people pay attention to anyway.