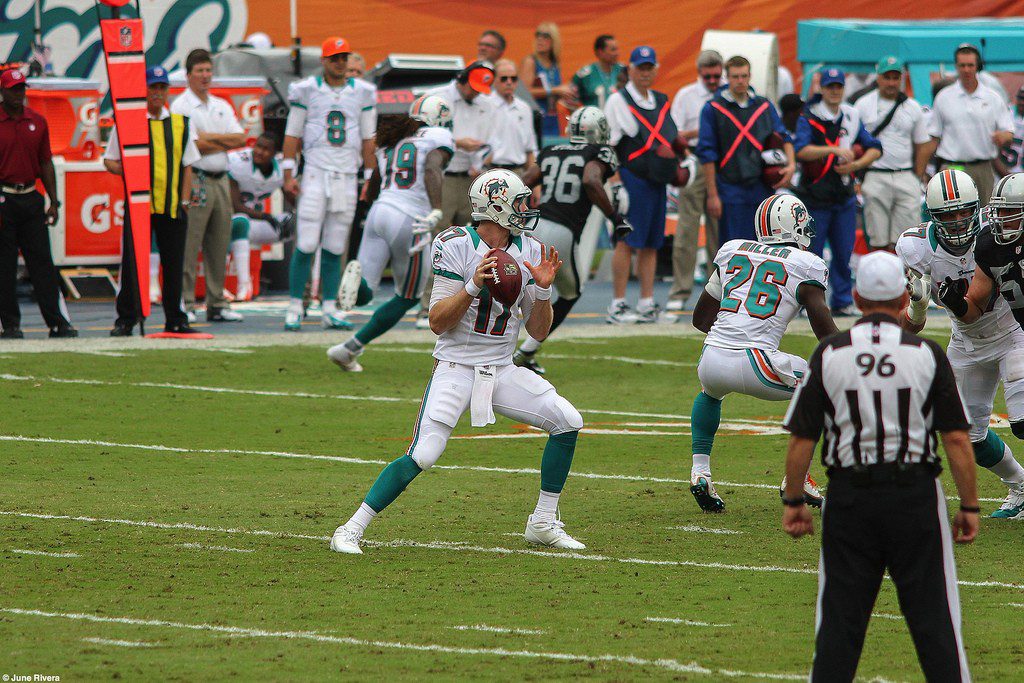 There were two big-name quarterbacks heading into the 2012 NFL draft.

So with both of them (and Russell Wilson) entering into their last year of their rookie contracts someone had to be the first to re-sign.

Strangely enough, it’s Miami Dolphins’ QB, Ryan Tannehill, who just inked a six-year $95 million dollar contract, with $25 million in fully guaranteed money. Many will argue that this is a lot of money for a player that hasn’t proven anything in the NFL to date.

What Tannehill has done is very quietly put up better numbers each year he has been in the league, eclipsing 4,000 yards and amassing 27 touchdowns this past season.

If nothing else, this has helped set the market for stat-machine, Andrew Luck, and Super Bowl champion Russell Wilson.

With the pending suspension of Tom Brady and some of the key offseason acquisitions by the Dolphins, there is some real optimism that a fast start would be enough to help this team capture a division title.

Clearly the ownership is willing to gamble a little bit on their starter in that regard.