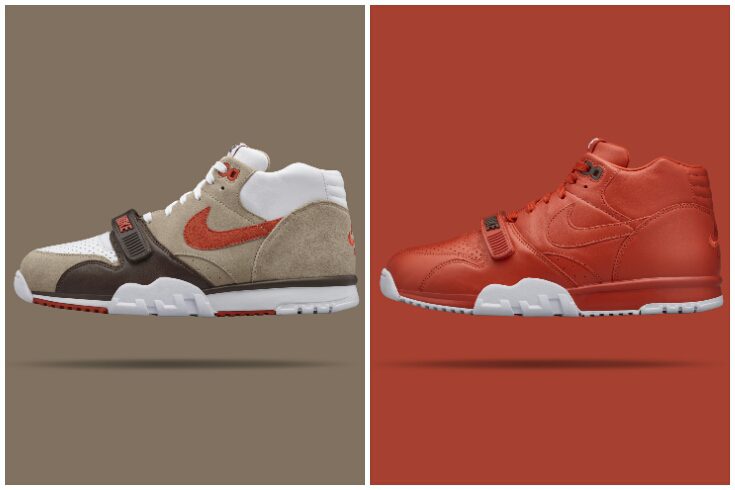 The Nike Air Trainer 1 is a storied model in the Nike family. It’s not a secret — it was the first cross-trainer, designed by Tinker Hatfield, and it became the blueprint for all other cross-trainers to come after it. First getting its debut on the tennis court, it became the standard for all kinds of athletes, particularly those with Nike, like Bo Jackson; its descendants paved the way for other shoes like it to be issued to Ken Griffey, Jr. and Derek Jeter and Jerry Rice.

The NikeCourt Air Trainer 1 Mid x fragment revisits that history on the tennis court, pulling from John McEnroe’s forays on the clay courts in his tournaments. This version of the Air Trainer 1 is a great way to pay homage to his storyline. Specifically, the white-based version has a true vintage look and is more friendly to the original design with its tonal accents. The orange clay version is more exuberant, but it isn’t a bad look; it may not be for everyone, but the reality is that the Air Trainer 1 isn’t for everyone, even though it’s made for everyone (if you know what I mean). A shoe as old as the Air Trainer 1 is for people who have particular tastes.