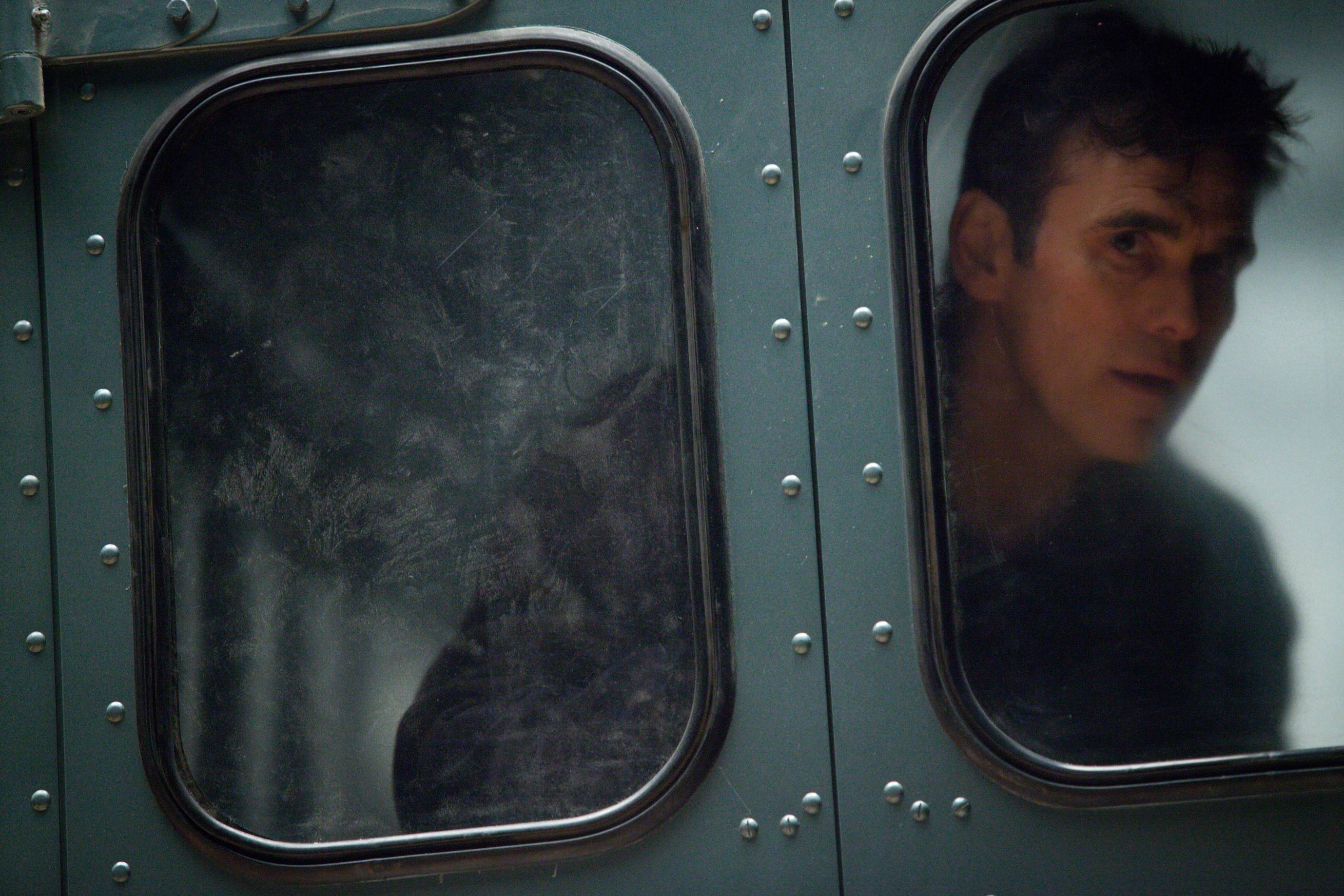 Wayward Pines picks up immediately after last week’s grotesquely violent death of Beverly. As her blood freshly drips, Sheriff Pope speaks to a riveted audience, a group experiencing sentiments that range from horror to excitement. Terrence Howard’s character is fully invested into his own insanity, apparently seeing no wrongdoing in murdering a woman without hesitation in a public setting. Not your typical sheriff, huh, Wayward Pines? As the town’s madness increases, Burke roams through the darkness. What he’s looking for is unclear. Speaking more broadly, everything is unclear.

The episode shifts to Kate and her husband being back in their comfortable home. Appearing in the shadows of her kitchen is Burke, a man genuinely blown away by the violence Pope exhibited. Kate coldly replies that Beverly deserved her fate after breaking the community’s strict rules. “You’ll never make it out of here alive,” Kate says to Burke as he exits. Burke replies with confidence, “watch me.” Best of luck to you, Burke, for escaping this non-literal prison seems difficult beyond reason. His first decision is to visit Beverly’s corpse. He promises to find her daughter before using a blanket to cover her body.

Burke’s wife, Theresa, continues her journey toward her husband. She’s accompanied by the couple’s son. Much to Theresa’s dissatisfaction, the son seems gripped by the idea that his father and Kate have rekindled their romance. No, young man, your dear dad is trapped in a twisted communal maze, a past-obsessed area where murders are committed in public with cold-blooded drive. An affair is certainly a more logical guess, though. Burke then finds himself in an eerie house with unknown guests. He darts out to see a truck passing by with a Wyoming license plate. The audience instantly wonders how a Wyoming vehicle entered this obscure Idaho town. Wayward Pines certainly never lacks questions.

Visiting a Secret Service office in Boise, Idaho, Theresa searches for answers. One of the more tantalizing aspects of Wayward Pines is the agency’s involvement in Burke’s situation. Past episodes have indicated either a cover up or experiment type of atmosphere occurring in the strange town. Theresa illegally logs into a computer with the hopes of acquiring information. This comes after wisely sending an employee on a fool’s errand to buy time. Through this groundwork, Theresa is able to discover that her husband’s last known action transpired at a gas station in Idaho. Theresa receives an ominous tip from a boy in the gas station who suggests an “accident” took place in Wayward Pines.

On the path to this destination, Theresa and her son are pulled over by Sheriff Pope. Howard’s ubiquitous character stages the scene to give the impression that her car is leaking oil. The boy realizes something is askew, something is more than slightly unusual. In freezing and wet conditions, how would Pope truly know her car had been leaking oil? Perhaps Theresa should’ve realized that sooner after Pope seems to sabotage her vehicle’s interior. That said, Pope has the power of the law, and Theresa has no way of understanding the madman nature within him.

Mostly off screen, Burke hitches a ride with the Wyoming-based truck. Wayward Pines renews with the agent in an unknown location full of cars and high walls. The building has a “we could tell you, but we’d have to kill you” vibe written all over it. Motivated by curiosity and confusion, Burke climbs into the backseat of a car with Wayward Pines plates. After the lights go out, Burke is attacked by Pope. The lunatic portrayed by Howard had stabbed Burke with some sort of tranquilizer when the fight began. This puts Burke in the hospital with Pam, Melissa Leo’s disturbing character. Burke learns that his family was in an accident. Making the aimless rounds again, he hits the streets looking for answers.

Luck strikes when Burke and his family reunite. In reality, however, is this reunion all that lucky? Theresa and her son don’t remember the accident. Wayward Pines has evidently already started putting its spell on Burke’s family. They may have all entered this community, but exiting will be a different story. Despite just reuniting as a family, Burke’s clan already has a home with a security system. As Benjamin sits on the front porch, he’s welcomed to Wayward Pines by a man on a bicycle. The town knows exactly who the Burke’s are, and nothing about their presence feels safe. Burke encourages his family to remain inside with the doors locked.

Burke and Pope meet again. Pam is present, too. Burke’s exasperation is on the verge of reaching a boiling point. He threatens to kill Pope if the sheriff messes with his family, and promptly exits once he undermines their authority. As Dillon’s character navigates through town, he’s approached by Dr. Jenkins. Burke has one question for the psychiatrist, “what is wrong with every person I’ve met in this town?” Fair question, Burke. Predictably, Dr. Jenkins responds with more of a riddle than an answer. It’s unknown why Dr. Jenkins is desperate for his patient to stay in Wayward Pines. Through three episodes, we know the townspeople’s motivation is for no one to leave, but we’re yet to uncover why this peculiar preference exists.

Burke and Kate briefly meet. She’s startled by the fact that Burke’s family is in town. Meanwhile, as Theresa walks through her new house, Pope is helping himself to a bowl of ice cream. For the score-keepers, that’s three straight episodes of Pope devouring his favorite cold treat. He demands a “thank you” for saving Theresa’s life, although all he truly did was drastically diminish her safety. Theresa is persistent enough to have Pope leave. Wayward Pines then returns to Burke and Kate. She states how “the only way to stay alive here is to play along,” troubling words from a quality source. Worsening issues through his digging is Benjamin, the foolish boy who tells Theresa that Burke and Kate are once again together.

It appears that Kate still possesses critical knowledge of her past life. Knowing the ramifications of allowing the past to resurface, she keeps this information close to her chest. Kate might be able to hide, but Theresa and Benjamin aren’t that fortunate. They’re pursued by Pope while they walk through Wayward Pines. Pope pulls a gun on them to keep the pair from leaving town. A whip to the face neutralizes an aggressive Benjamin. As Theresa sits on the ground, Burke tackles Pope in blindsided fashion. They wrestle as Burke delivers blows and strangles the sheriff. The upper hand goes to Pope when he finds the gun, and he appears ready to eliminate Burke. He’s silenced for two reasons. First, Benjamin rams the car into Pope’s body. Next, Burke shoots Pope through the head. So long to Terrence Howard, and hello to a series that’s rolling with momentum.