The beautiful thing about fine art is that it’s a visual expression of the way someone can feel, but often those feelings are fleeting, present only when the art you see is front of you — but what about wearing the art that you love, so you can feel the way you want to feel as you wear it? It’s a literal thought put to action and it comes to mind in the Volcom x Mike Parillo Collection, a new set that’s exclusive to the action lifestyle company.

See more of the Parillo Collection from Volcom here at BMF.

The Volcom x Mike Parillo Collection is now available online! Volcom has teamed up with renowned artist Mike Parillo to create a bold and unexpected collection including apparel, swimwear, and accessories for both men and women.

Mike Parillo has balanced working as a commercial artist in the action sports industry and has pursued both commercial and fine arts in Los Angeles, CA and Prague, Czech Republic. Known for distinctive graphic motifs that occur throughout his bodies of work. These motifs form an ongoing symbolic narrative about the concepts of failure and success. His paintings are executed with frenetic brush strokes using his preferred palette of pastels, glitter and Day-Glo acrylic paints.

“The artwork came from one of the early paintings in my experimental camouflage series, Mike explains, “my idea was to make camouflage that was the opposite of camouflage. To think in a different way.” Defined by bright colors and layers of complex patterns, his latest collection will definitely not blend into the background but instead make a bold and unexpected statement on style. Choose from over a dozen Parillo products including apparel, swimwear, and accessories for both men and women.

Get Lost In It

“The trick to painting is to get into it so much that you forget what you’re doing,” says California artist Mike Parillo, “you just get lost in it.” And yet through art, Mike found himself; his vehicle and his voice and over the past 20 years has built an increasingly complex body of work. His connection to Volcom goes all the way back to the formative, tribal years of the stone. He is Volcom family. Mike grew up in Los Angeles in the 80s, at the apex of the exploding skate, surf and youth culture movement. These influences were profound and put him squarely on the path he walks today.

A skater first, Mike found snowboarding in the early 90s and to feed his passion, worked as an early pioneer of snowboard park design as the sport took hold in the mountains of Southern California. Hitchhiking to the mountains to ride in 1992, he was picked up Volcom co-founder Troy Eckert and soon fell in with Volcom’s core crew. “The first piece of art I ever did was for Volcom,” he says, “that was the beginning and it just took off.” That first piece became the artwork for Volcom’s seminal 1994 snowboard film The Garden. And through various projects in film, print, and product, Mike has remained an active contributor to the Volcom vibe for more than 20 years.

Today he works out of a live-in studio in downtown Los Angeles at the effective epicenter of the city’s burgeoning art scene and remains focused on the evolution of his creative output. 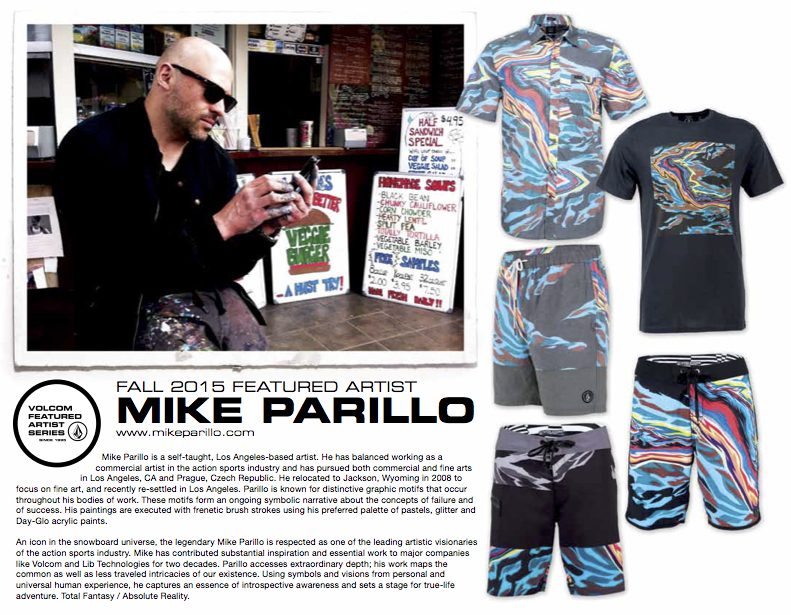 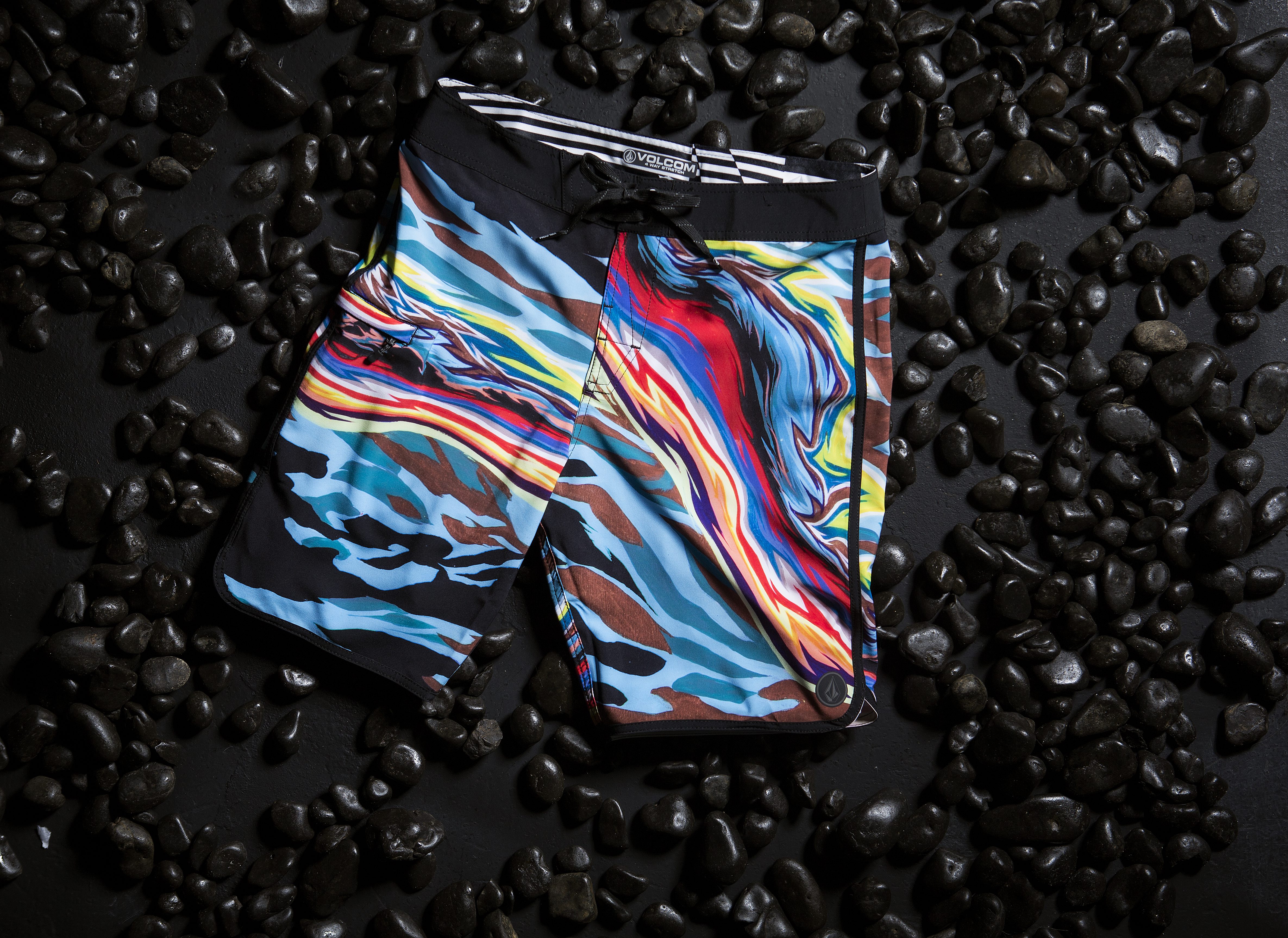 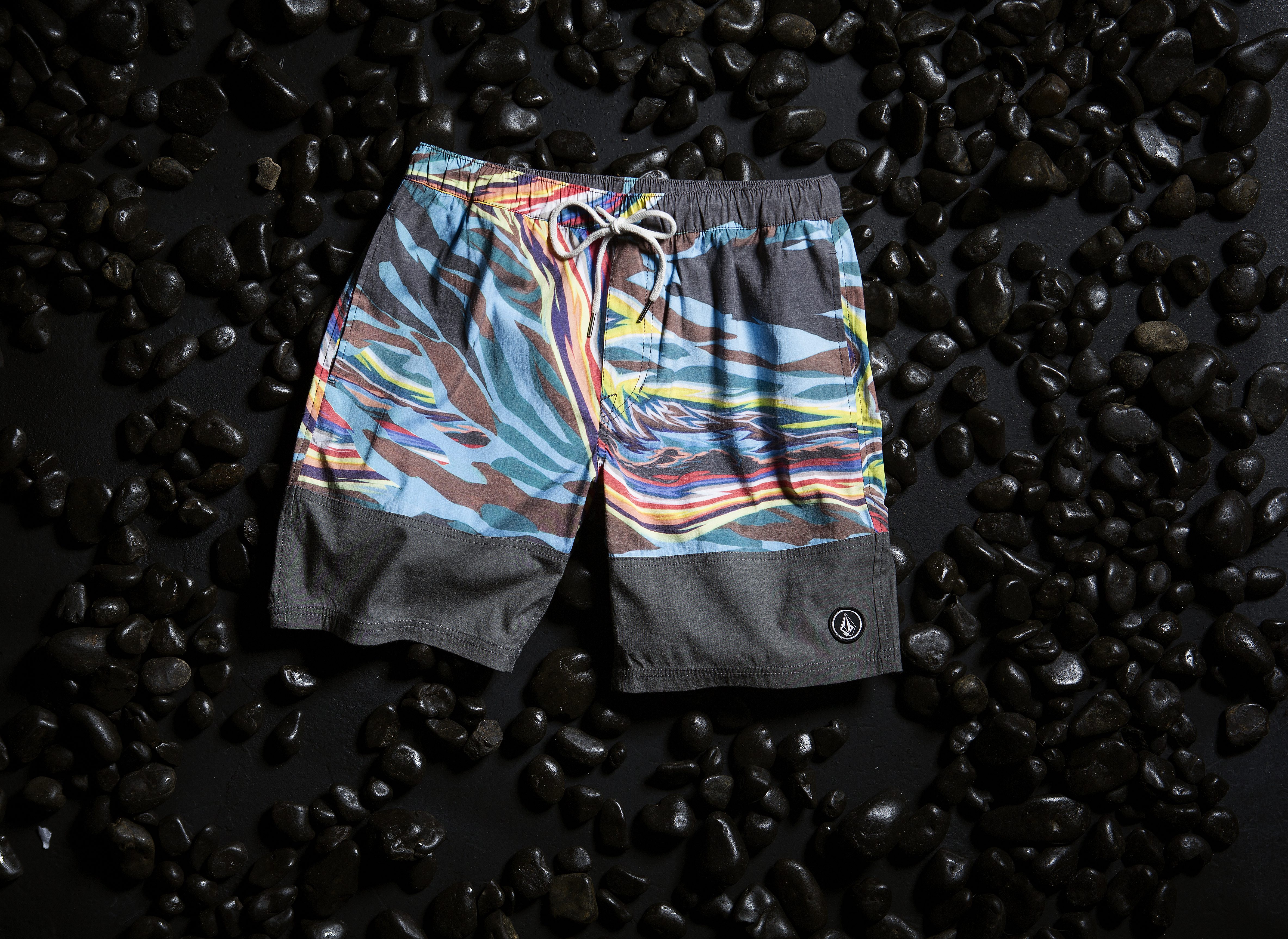 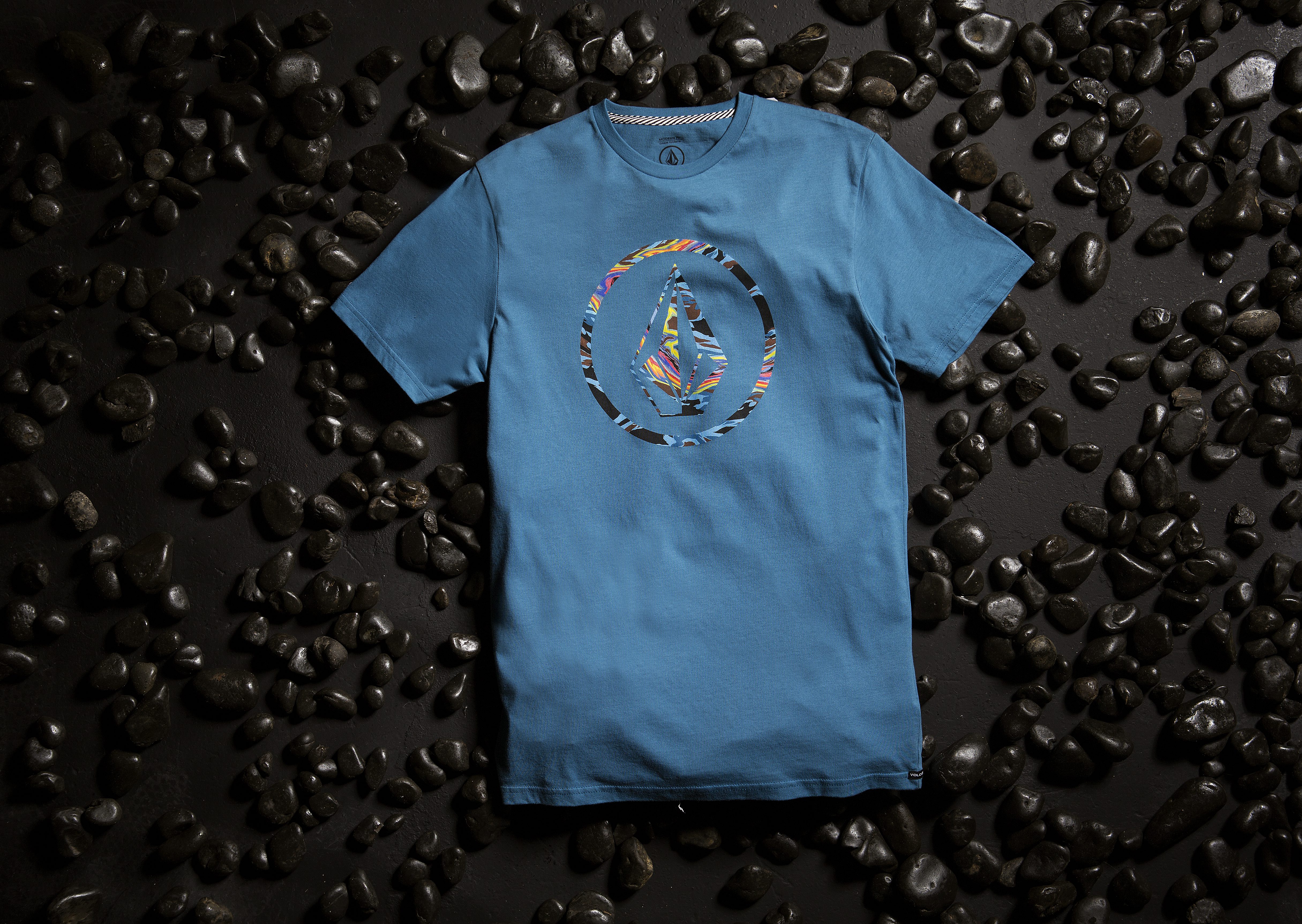 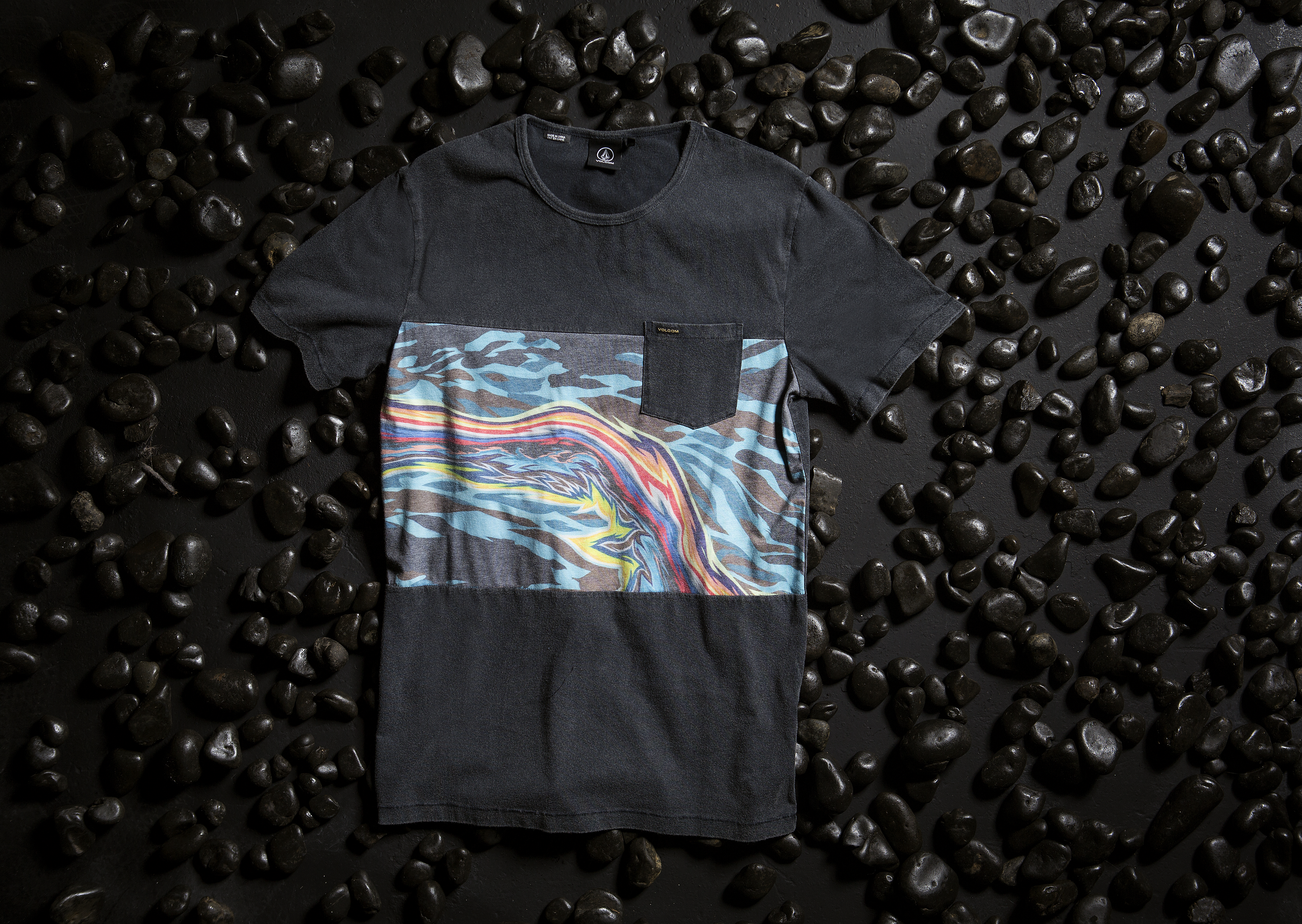 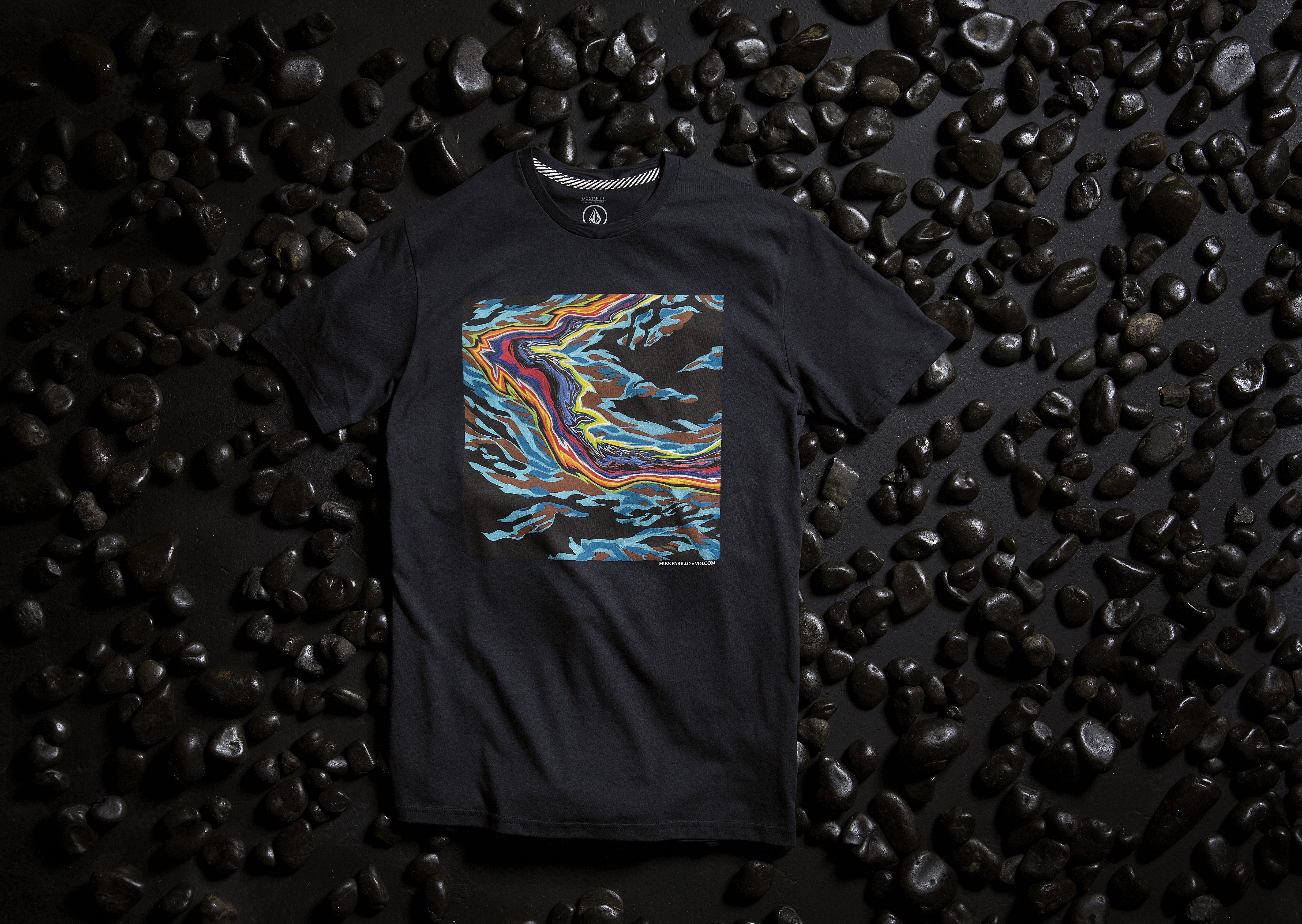 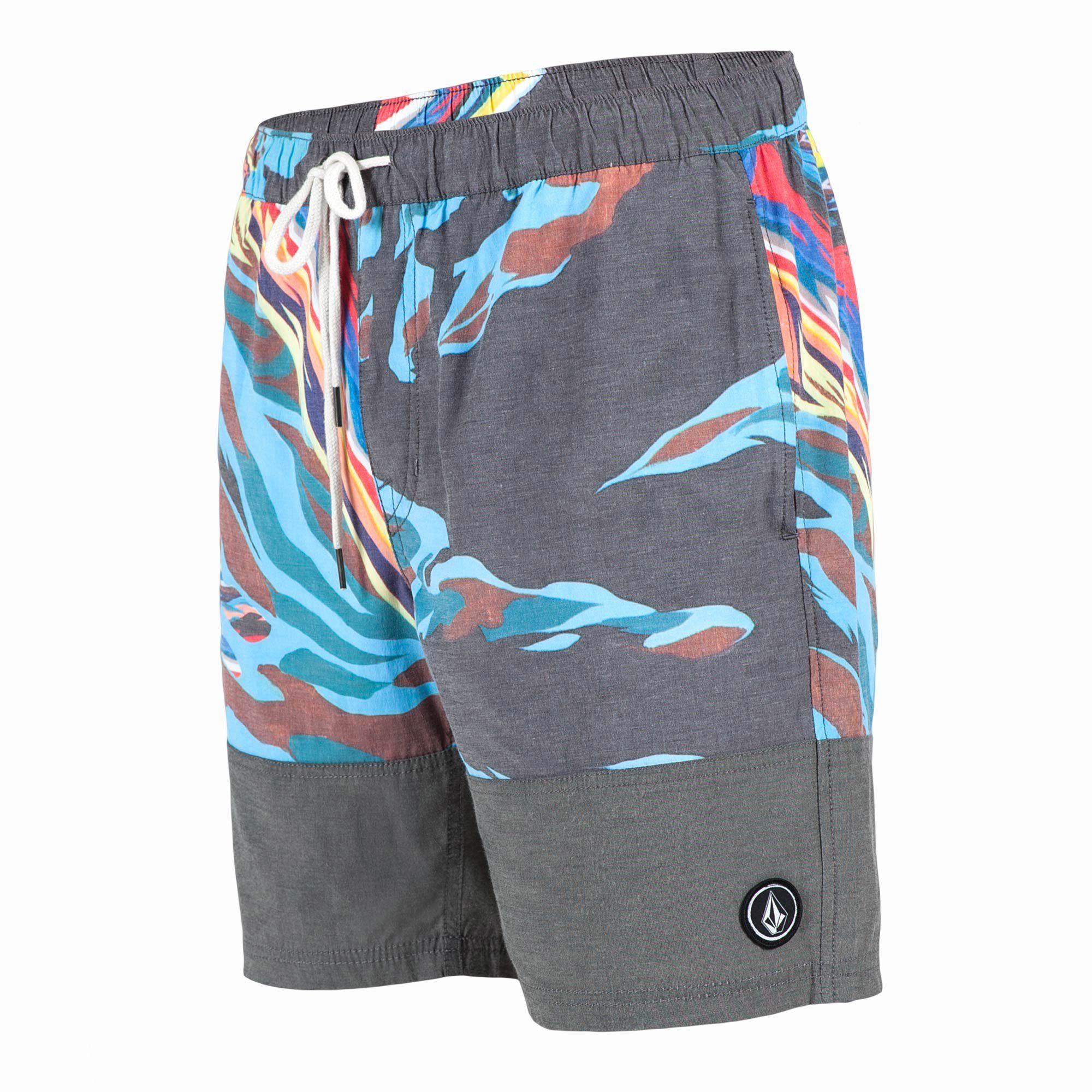