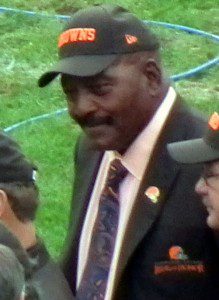 Controversy often begets even more controversy, and that seems to be the case for Syracuse.

The school recently announced that the Orange’s famous No. 44 could return to the football field after being absent for nearly two decades. The move has alumni and supporters in a fit given the number’s history, and it didn’t take long before the man most closely associated with the jersey number decided to weigh in on the matter.

“I didn’t exactly give them my blessings. I just didn’t complain,” Pro Football Hall of Fame running back Jim Brown said on “The Rich Eisen Show” on Thursday. “I didn’t talk to anyone before they decided to do it, so they couldn’t have my blessings.” NFL.com