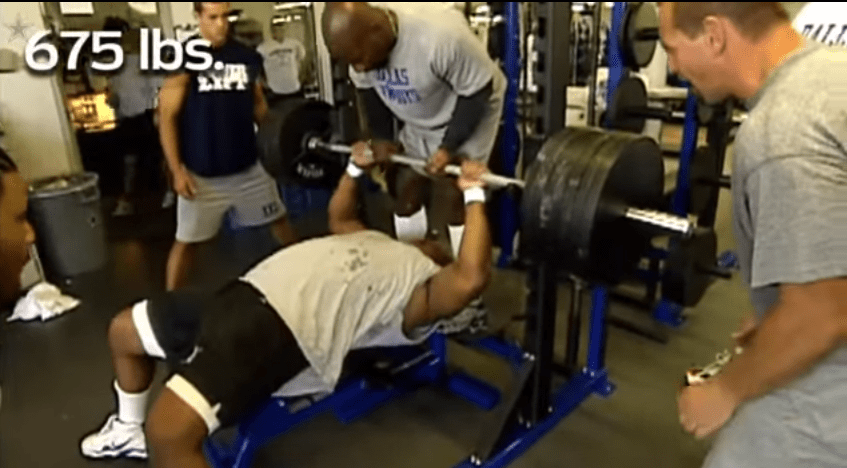 Larry Allen is arguably the best offensive lineman in the history of the NFL. He’s played guard and tackle, was a bulldozer of a lineman, and capable of moving with surprising speed for a man his size. Oh, he also was an incredibly powerful man who could bench 700 pounds.

Apparently current Dallas Cowboy Tyron Smith is nearly on par. According to Travis Frederick, Smith can bench anywhere from 600 to 700lbs. While no video of these feats of strength is hanging around I wouldn’t doubt that some could surface soon. Why should Larry Allen be worried about his unofficial NFL bench record? Smith is just 24-years-old.