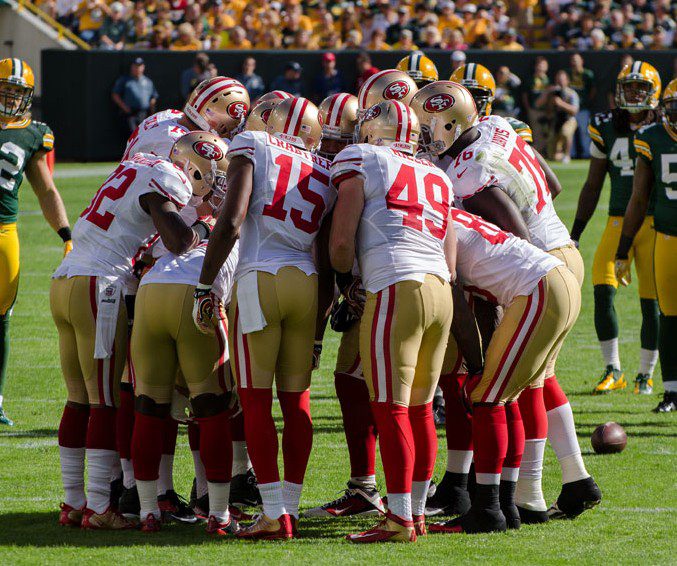 The San Francisco 49ers had some issues to address once the offseason began. As training camp begins to loom large those questions have grown exponentially with the retiring of various Pro-Bowl caliber players who are in their prime.

Around the NFL writer Chris Wesseling astutely commented that the 49ers have lost a combination of 20 Pro-Bowl appearances and 1,000 career starts due to the mass exodus of players via free agency and early retirement. The list includes Frank Gore, Michael Crabtree, Ray McDonald, Anthony Davis, Patrick Willis and Mike Iupati. The 49ers also just traded their Pro Bowl punter Andy Lee to the Cleveland Browns for a late round 2017 pick (read a bag of deflated footballs and a used jock strap). None of this seems to bother newly acquired Darnell Dockett.

Don’t ask me about who’s retired and what’s going on with football this and that…. We will still WIN! Just watch! #savage #adversity

I hate to disagree with Dockett, but he’s nuts if he believes this hodgepodge of second string pieces is going to be more competitive than the 8 – 8 team that finished third in the NFC West last year. In fact, if you told me right now that the 49ers were going to finish dead last in that division and would have a top 10 pick, I’d believe you. Everyone but Darnell Dockett would.