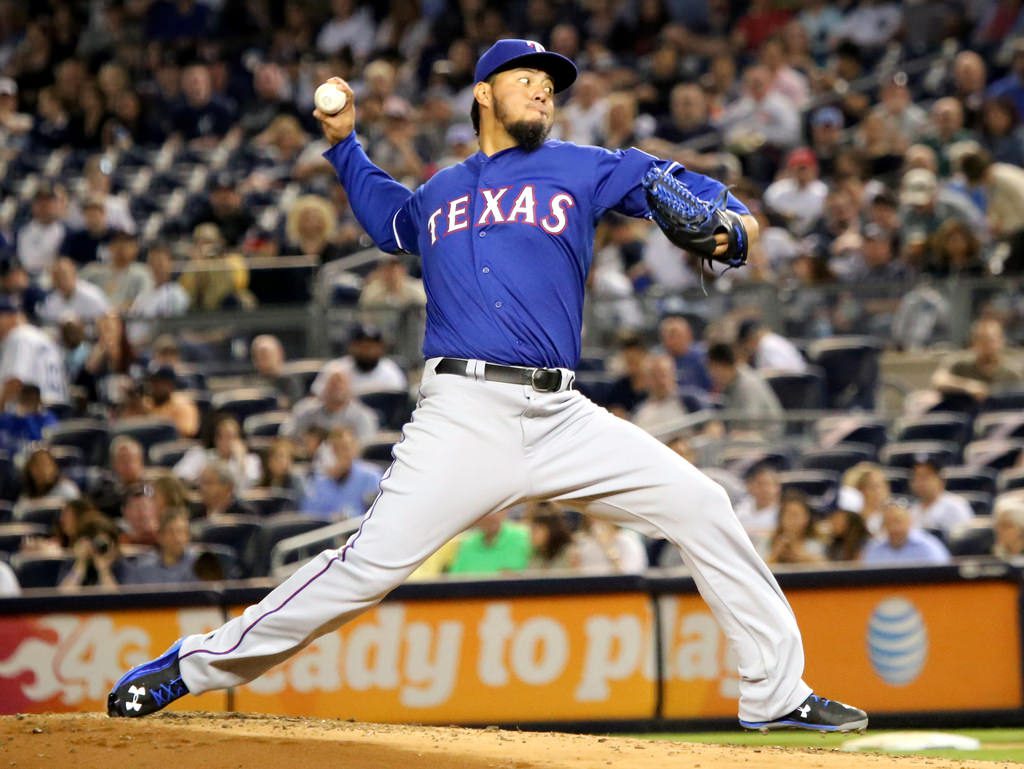 Sometimes, tantrums get the best of grown men, but usually they’re not caught on camera in front of a crowd of thousands. After starting Texas Rangers pitcher Yovani Gallardo went scoreless for seven innings with his boys up 4-0, reliever Tanner Scheppers stepped in and gave up a first-pitch home run to LA Dodgers’ Yasmani Grandal. For a second, it seemed like LA had something brewing in their area of the park. With one out and two on, Yasiel Puig stepped up to the plate as the tying run for the Dodgers. After striking out, Puig, in a fit of frustration, snapped his bat over his leg like a cartoon character in a Loony Tunes sketch. To top it off, he huffed into the dugout and shattered a fluorescent light fixture.

Given, he had already struck out his first two times at bat, but that doesn’t mean you need to act like you just watched the season finale of Game of Thrones, Puig.

The game began to collapse in the sixth for the Dodgers and starting pitcher Carlos Frias when both Prince Fielder and Mitch Moreland (the latter on a 10-game hitting streak) each had an RBI single, pulling the Rangers ahead 2-0. Second baseman Rougned Odor, who was recalled from the minors when Delino DeShields was put on the disabled list after straining his left hamstring on Sunday, hit an opposite field single off of a 2-strike at bat, scoring both Fielder and Moreland as he moved to second, advancing on the throw. After starting 25 games in the beginning of the Rangers’ 2015 season, Odor was sent down with 25 strike outs in 90 at-bats with a .144 batting average, but returned with vengeance to Arlington on Monday evening, going 3-for-3 with two RBIs.

The Dodgers had to face their former reliever Shawn Tolleson in the ninth and LA was given a slight ray of hope after Howie Kendrick singled to center and advanced to second on a fielder’s indifference after Justin Turner flied out to left and Andre Ethier struck out swinging. However, Grandal ended the night after he grounded out to second, handing over the win to the home team.

The Rangers, who are now 34-30 and 2.5 games behind the AL West leading Astros, continue their four game interleague series with the Dodgers on Tuesday night.