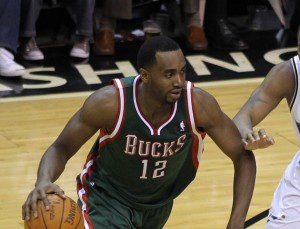 The Sacramento Kings voided the contract of forward Luc Mbah a Moute on Thursday after he failed a team physical.

The announcement by the Kings came two days after Mbah a Moute signed a one-year deal as a free agent. The team had hoped he could add depth and defense to the second unit.
Instead, Mbah a Moute is looking for another landing spot — and the Kings are searching for a replacement.

The 28-year-old Mbah a Moute was born in Cameroon and played at UCLA. Milwaukee drafted him with the 37th overall pick in 2008.  NBA.com