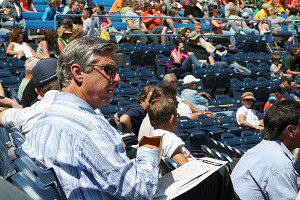 Dave Dombrowski says there had been no talks with Tigers ownership about a new contract, so as the end of the season drew closer, he began to have doubts about his future in Detroit.

“You’re sort of suspicious there’s a chance it could go the other direction,” Dombrowski said.

The Tigers announced Tuesday that Dombrowski’s tenure as president and general manager was over and named Al Avila the new GM. The move seemed abrupt, especially because Dombrowski had just finished making a series of trades with an eye toward the team’s future. But Dombrowski was in the last season of his contract, and he says there were no talks about a new deal. ESPN.com