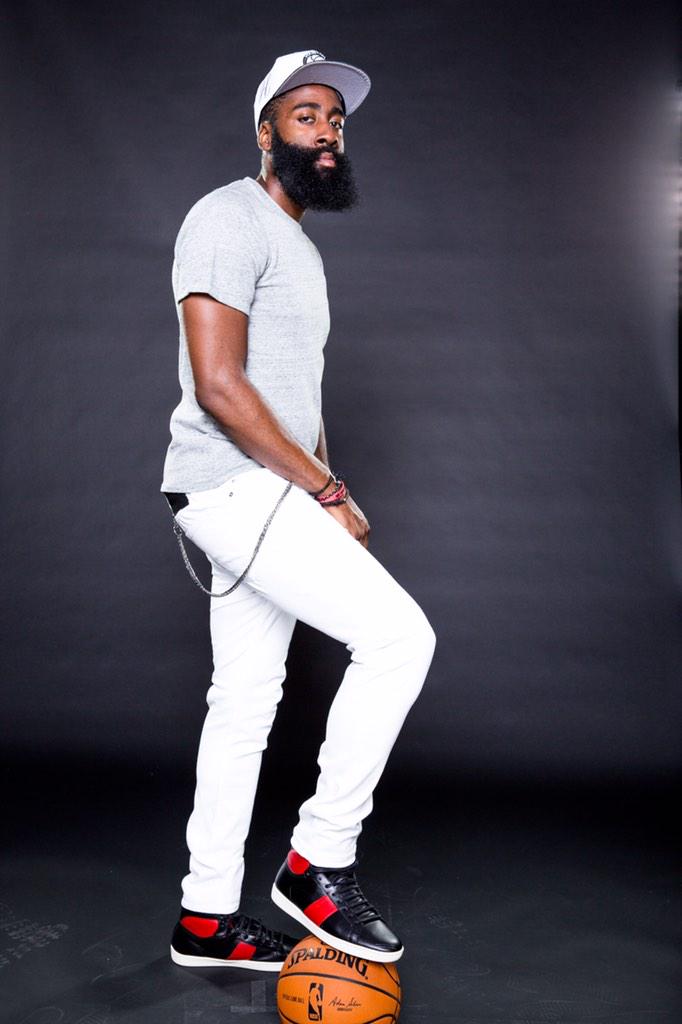 Recently, James Harden of the NBA’s Houston Rockets, a.k.a “The Beard”, signed with adidas, choosing to eschew the opportunity to continue on with Nike. Harden was with Nike for the first six years of his career, and was seen in high-profile games with Arizona State in the Swoosh as a collegian, which at the time was a Nike school, also. This is a radical formation of Harden’s brand, as it takes him from simple affiliate to lead company pitchman — in short, Harden and adidas are a heavenly-made match.

With the help of adidas’ release on the signing, I’ll take you through it to opine on some key aspects of the signing and why it’s so important to adidas to have The Beard on their squad. Follow with me:

adidas announced an unprecedented partnership with superstar shooting guard James Harden of the Houston Rockets. One of the league’s most prolific scorers and recognizable players begins the long-term deal with adidas which includes an exclusive signature collection, product design collaboration and marketing involvement beginning October 1.

Supposedly he signed for $200 million. That’s a lot of money, but if anyone can affect commerce in product, it’s Harden. Him being “recognizable” is a big reason for that. No other superstar has his look like he does. A young, mohawked, full-face bearded brown man is pretty stand-out. And his elite-level talent and play make him great for marketability.

“We’re a brand of creators and James embodies that more than any athlete in the game. His addition to the adidas basketball family is a game changer,” said Chris Grancio, adidas Global Basketball General Manager. “This partnership gives him the opportunity to achieve his goals and express himself in a totally new way as a creator. He’s already one of the most recognizable sports figures because of his game, his look, his hunger to win and his style on the off the court. His ceiling is far from reached, which tells you the future for him and our brand looks incredible.”

Harden is basically an alternate version of Russell Westbrook, his former teammate with the Oklahoma City Thunder. He can really be special in fashion, which is where adidas is locking in on.

“We have a lot of energy in basketball right now and James takes that momentum to a whole new level,” Grancio continued. “James isn’t like anyone else. He approaches the game with a unique mentality and strives to go against convention. When he signed with the Rockets he moved from being the sixth man to the lead man, proving his willingness to establish himself as a resounding superstar.”

This also is a part of Harden’s stardom. He was the No. 3 pick in the 2009 NBA Draft and many expected him to leap out right away, but he was crowded for years. Then he exploded as a Houston Rocket, and it’s like we never even remembered him being a reserve for his first three years (and he should’ve been the starting point guard the entire time in Oklahoma City, in hindsight).

To begin the partnership, Harden will play a leading role in adidas’ global brand campaign which will coincide with the start of the NBA season. He will play a critical role with adidas to create and develop on and off-court signature footwear and apparel collections as well as marketing plans. The partnership also includes Harden traveling on extensive brand tours in Europe and Asia.

With the signing of Harden, adidas continues its momentum of partnering with the most talented and influential players in basketball including two-time NBA All-Stars Damian Lillard of the Portland Trailblazers and John Wall of the Washington Wizards, 2011 NBA Most Valuable Player Derrick Rose of the Chicago Bulls and Rookie of the Year Andrew Wiggins of the Minnesota Timberwolves.

An interesting development is this — Harden is easily adidas’ best pitchman now that Rose is no longer the best player in the league. Harden came so close to winning the NBA MVP himself, and is without question one of the top five players on Planet Earth. Adidas struck gold with this signing.

Using a repertoire of step-back jump shots, staggering drives and bullet pass assists, Harden has cemented himself as one of the league’s most unstoppable offensive weapons. Harden is coming off a historic season where he recorded two 50-point games, topped the 40-point mark on 10 occasions and turned in four triple-doubles. He helped guide the Rockets to their first division title since 1994 and to the Western Conference Finals for the first time in 18 years. The Los Angeles native was drafted out of Arizona State University as the No. 3 overall pick of the 2009 NBA Draft and is a three-time NBA All-Star, two-time All-NBA First Team member and the NBA Sixth Man of the Year in 2012.