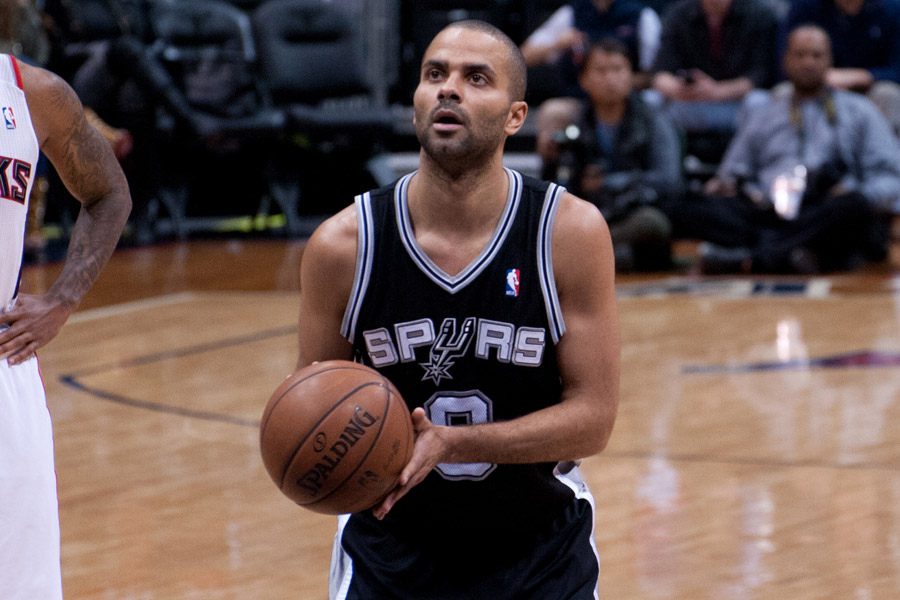 The drastic decline in Tony Parker‘s quality of play is sad to see, yes, but it is certainly not a surprise. It’s easy to forget that Parker has been the starting point guard for the San Antonio Spurs for 14 seasons now, and also that unlike teammate Tim Duncan, Parker is not an extra-terrestrial being who doesn’t age. It’s natural that a point guard entering his 15th season in the league would not only show signs of slowing down.

Gary Payton was one year away from coming off the bench when he was entering year fifteen. Isiah Thomas didn’t even make it to year fifteen. Even John Stockton was noticeably different in year fifteen too, and that’s saying something because Stockton, like Duncan, might have been an alien. Parker’s got just shy of 40,000 regular season and playoff minutes under his belt. He’s played about 100 more minutes than Isiah did in his career. It’s about 13,000 more than Chris Paul has played.

As they say, father time is undefeated, and Tony Parker is soon going to be his next casualty. All of those minutes and all of the nagging injuries along the way are catching up with him. At his best, Parker was the most underrated point guard in the league; never totally recognized for how good he really was. He was never the best player on his own team, a team that has never produced the prototypical “superstar” anyway.

Parker doesn’t have a highlight reel of killer crossovers or finishes at the rim over bigger players. He’s never been quite as fun to watch as point guard foes like Steve Nash, Chris Paul, Stephen Curry, Russell Westbrook, and holy cow, there have been a lot of great point guards in the Western Conference over the last ten years, right?

And yet, Parker is the only one of them who is owner of multiple championship rings, and also the only one with a Finals MVP on his resume, but even that has an asterisk next to it (for the record, Tim Duncan should have been Finals MVP; Parker feasted on the likes of Sasha Pavlovic, Boobie Gibson, Eric Snow and a gimpy Larry Hughes). Parker was a brutally efficient and textbook point guard for ten years, thriving in two different eras of Spurs basketball (the plodding defensive-minded Spurs of the mid-00’s and the pace and space Spurs of the early-10’s).

When Parker was at his best almost nobody could stop him or stay in front of him. He has gotten the best of Chris Paul time and time again and he pick and rolled the Grizzlies stout defense to death in the 2013 Western Conference Finals. In my lifetime, no point guard has been as much of a scoring threat in the paint as Parker has. His floater was automatic and he routinely finished over size with all sorts of nifty twisting finishes.

So now it’s sad to see a version of Tony Parker who can’t get into the paint like he used to. Per Basketball-Reference, 26 percent of Parker’s field goal attempts came between 0-3 feet from the rim. That’s the lowest mark in his entire career. Not so coincidentally, Parker’s field goal percentage in that range last year was the lowest it’s been since his rookie season.

All across the board, Parker’s numbers were down: points, assists, field goal percentage, free throw attempts … all the ones that indicate a point guard just might not have it anymore. The numbers can be deceiving, but when the Spurs were decidedly better in the Playoffs when Parker sat and Patty Mills was in, that’s when I knew the Parker that once knifed through my Cleveland Cavaliers in the 2007 Finals and almost beat LeBron James in the 2013 Finals was all but gone.

Like any aging star though, Parker had his moments. What is forgotten about in Kyrie Irving‘s 57 point game against San Antonio was that Parker went shot for shot with Kyrie for a good portion of that game. He torched Stephen Curry at Oracle Arena early in the season too.

Somehow, those glimpses make the decline a little bit more sad. Parker will probably have his moments this year too, and maybe if he’s not battling a hamstring injury when the Spurs enter the Playoffs he’ll have enough for one last marquee Playoff run. If not, then I’d just like to say au revoir Tony Parker, and bon voyage!