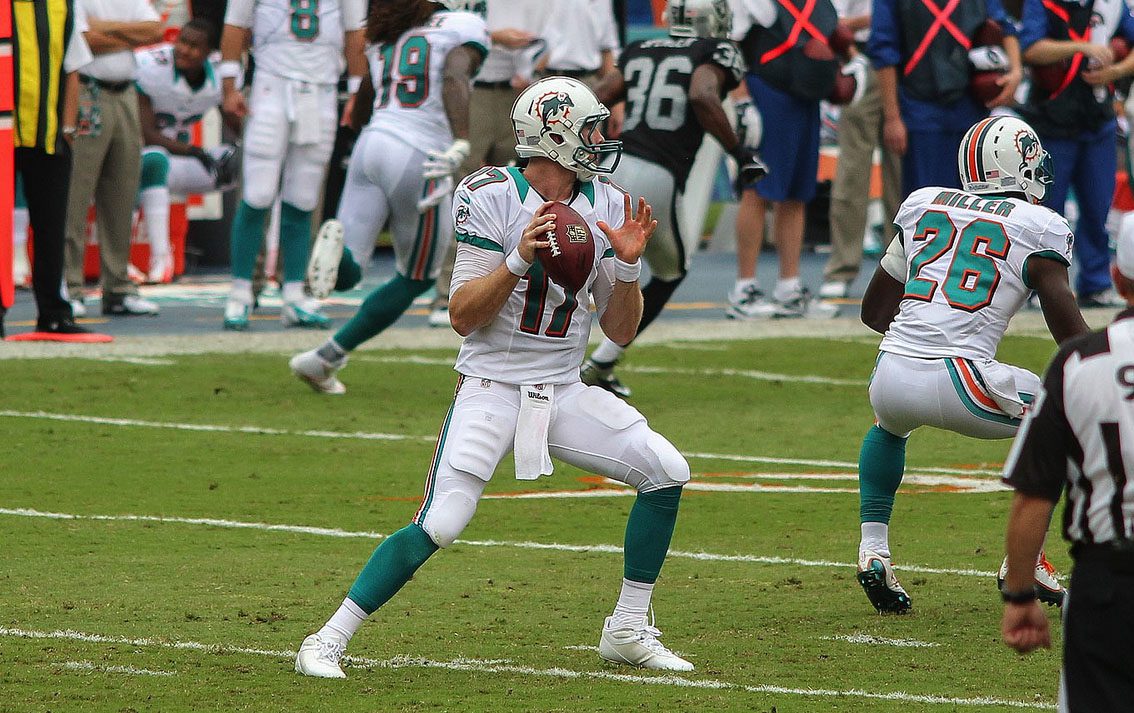 Being that I am so grateful for all my readers, I feel that I must reward my regulars by giving you the best NFL weekly winners.

I am no gambling man myself, but I’m from an Italian family that set themselves up in Boston. Trust me, I’m the black sheep of my family when it comes to betting the pigskin. But just because I don’t do it doesn’t mean I haven’t been taking notes for the past decade.

I have, and your going to benefit from it.

Make some money, tell your friends and head back to BMF Sports and hopefully they can do the same.

All of my lines are according to the Boston Herald. Yes, I have to represent Boston somehow. What better way than with the betting lines in the city’s famed paper?

This is the final time this season you will get Miami only giving three and a half to an atrocious team like Washington. Miami spent a ton of coin this offseason on the offensive side of the ball and word out of camp is, third year QB Ryan Tannehill is looking great. What could be a more perfect matchup for a first look at a new offense than a Washington defense?

Last season Washington allowed a league worst 2.2 passing touchdowns per game. Also, a whopping 11.5 yards per attempt and they did absolutely nothing to improve their horrible pass defense. Tannehill loves to throw the ball and could possibly have a career game against this horrible secondary.

A perfect game to take your new toys in a test drive if your the Dolphins. Not only offensive weapons, but the addition of Ndamukong Suh on their defensive line will surely inject fear into newly named Washington starter, Kirk Cousins. On a line already stacked with pro-bowler Cameron Wake, this is a recipe for disaster for Washington, but a money making miracle for you.

Over/Under of the week:
Minnesota Vikings @ San Francisco 49ers
Over 41 1/2

The 49ers lost seven starters on the defensive side of the ball. Seven! That’s more than half of the starting defense. Mix that with the return of Adrian Peterson, the emergence of the extremely efficient Teddy Bridgewater, and the Vikings should be close to the over on their own side of the scoreboard.

On the flip side, the 49ers still have the combustible play of Colin Kaepernick. While Colin is susceptible to a dud performance on occasion, other times he can break free for an amazing run that will make your head spin. He should contribute enough to the score to cover the rest of the over, and score enough to put some cake on your plate as well.

Three team teaser:
For this tip I’m going to assume wherever you place bets that your allowed to bet O/U within your tease. If not, you should change your venue because there is money to be made that way!

For beginners, all three team teasers are allowed to place -9 on all bets within the teaser.

Dallas +3
With the tease, you have the Cowboys at a+3, and with the way Dallas laid two beat-downs on their division rival Giant last year, I don’t see much changing this season. Especially in the season opener at Jerry’s World. Victor Cruz is out for the Giants which will put all of the Cowboys defensive attention on breakout second-year man, Odell Beckham JR.. Plus the Giants haven’t beaten Dallas no matter where they’ve played since September of 2012.

Baltimore +13
The Baltimore Ravens getting 13 points?! Anytime, anywhere, give me the Ravens with those type of numbers. They hardly ever lose a game by ten points, never mind against major competition in the AFC. Last season the birds were 3-4 on the road against the spread and they were never getting the points you’d get with them in a three-teamer. No matter which team wins this game it certainly won’t be by more than a touchdown. Winner winner, Bronco dinner.

Over 46
When I say Philadelphia Eagles, what do you think? Fast paced offense? High scoring attack? Right. How about Atlanta Falcons? Matt Ryan to Julio Jones? Bombs away? That’s precisely correct. While both teams high-scorers, neither one of them have even a remnant of a defense. This game is another one you could win betting the over straight up, but we are in the teaser section. So drop that 55 on down to 46 and head to bed early because that will be over before the end of first half.

Come back next week to see how many winners I had.