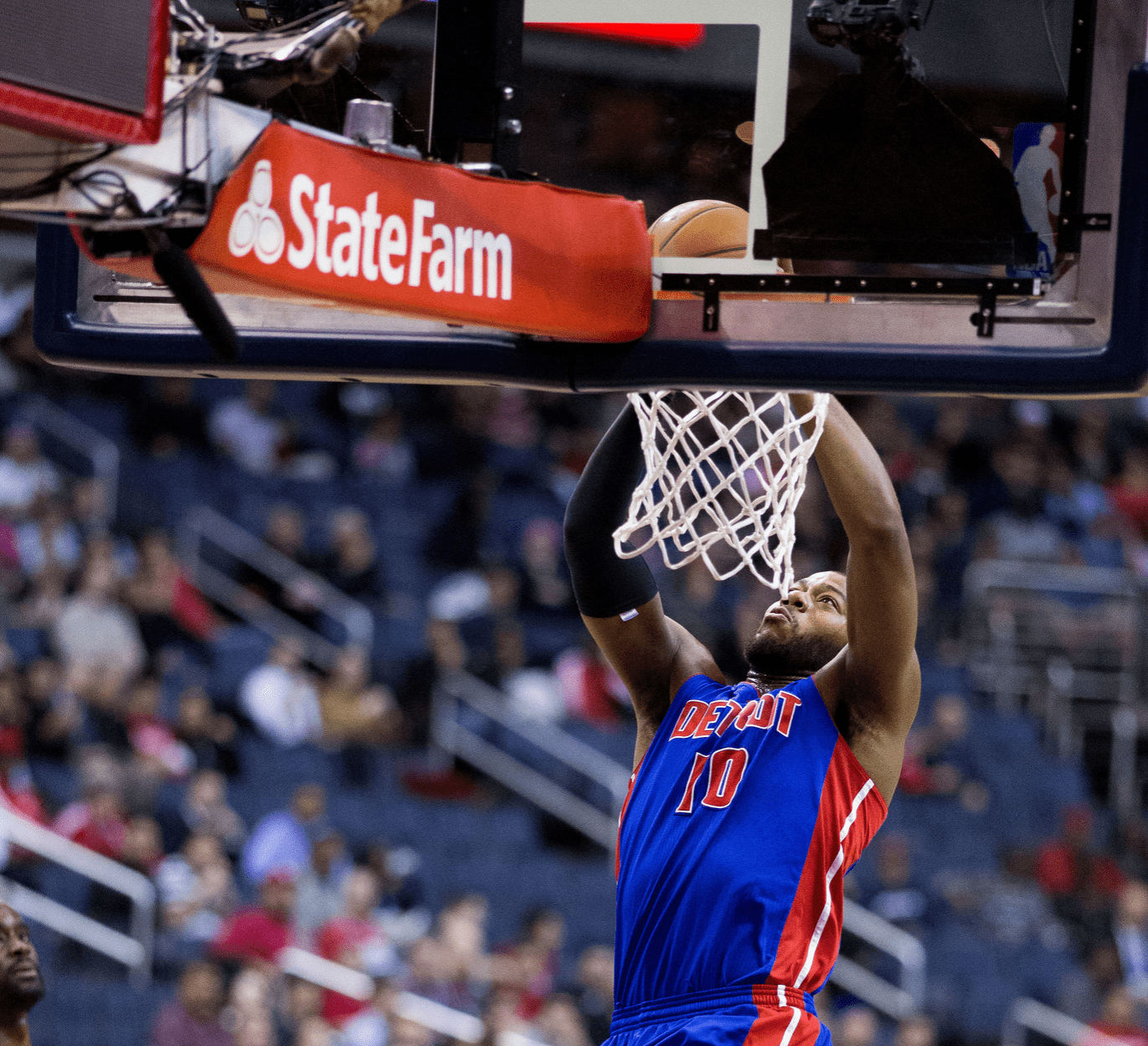 Greg Monroe‘s decision to leave the Detroit Pistons in Free Agency and sign with the Milwaukee Bucks was, on the sneak, one of the biggest moves of the NBA’s offseason. What most people seemed to be enamored with, and maybe rightfully so, was not so much that he decided to leave or what kind of impact he might have in Milwaukee, but rather where he decided to go.

Monroe has been consistently steady for five seasons, always somewhere right around 15 points and 10 rebounds per game, but he has never received too much fanfare or mainstream media recognition. I’ve literally never heard the guy talk and his game is just as quiet, but Monroe has been, at the very least, an above-average player at his position for nearly the entire duration of his short career.

But really, Monroe’s game was never at the forefront of his decision. Instead, it was Monroe’s decision to spurn the Los Angeles Lakers and New York Knicks and instead decide to sign with the Milwaukee Bucks that had people talking. Whether he meant to or not (and based on how under the radar Monroe has always been, I’d say the last thing he was trying to do was make any sort of statement) Monroe advanced the precedent that players today care more about a chance at winning and being competitive into May and June than they do money, endorsements and the supposed allure of big market cities like New York and Los Angeles.

To be honest, it made me happy that Monroe turned down monetarily similar offers from bigger markets/more prestigious franchises to play for the Bucks. Even if this precedent doesn’t carry on long-term, I like to think it says something about Monroe, a gamer who hasn’t played for a winning team his entire career. He could have decided “Hey, I want to live in a big city and be on television twenty times this year and then watch the Playoffs from home,” but instead he bet on himself and bet on the Bucks when he decided “I want to play for a team where I can make an impact right away, and then really show my stuff in the Playoffs.”

And in case you were wondering, neither the Knicks or Lakers will make the Playoffs this year, but Milwaukee definitely will. I’ve been doing whatever I could over the last few months to talk myself out of picking the Bucks to finish as a top four team in the Eastern Conference. This goofy, long-armed futuristic roster is unlike any other in the league and I love every quirky thing about it. Every starter will be between 6’6″ and 6’10”, their point guard can’t shoot a lick, their shooting guard might be 7’0″ by the time he stops growing, their stretch four was the #2 pick in the NBA Draft last year and only played a month of the season, and in Monroe, they have someone who actually isn’t futuristic or different at all; he’s just an old school brutish center than can create efficient offense all on his own.

If Milwaukee can eek out enough shooting around him, Monroe playing Center can be a serious offensive weapon. He’s a great passer from the elbows and he can really go to work if he’s being defended one on one in the post. Even though his shot fakes aren’t as pronounced as someone like Al Jefferson‘s, Monroe consistently fools defenders by creating space with his size and taking advantage of their over-eagerness to get back in position and contest shots with a textbook shot fake near the rim. He has great footwork and a heady feel for whether he should attack immediately on the catch or be patient.

He still has a ways to go as a defensive presence, but it’s not he is replacing an All-NBA caliber defender in Milwaukee’s starting rotation. He rebounds better than any Buck did last year and his defensive miscues aren’t for a lack of effort. He’s slow footed and offensive players score at a startlingly high clip near the rim when Monroe is the primary defender (55 percent for those wondering, a mark that is actually worse than often-criticized interior defenders like Kevin Love and Al Jefferson), but at least he’s trying. Even if there is no discernible improvement in that area of his game this year, Milwaukee still found a way to massively upgrade at Center.