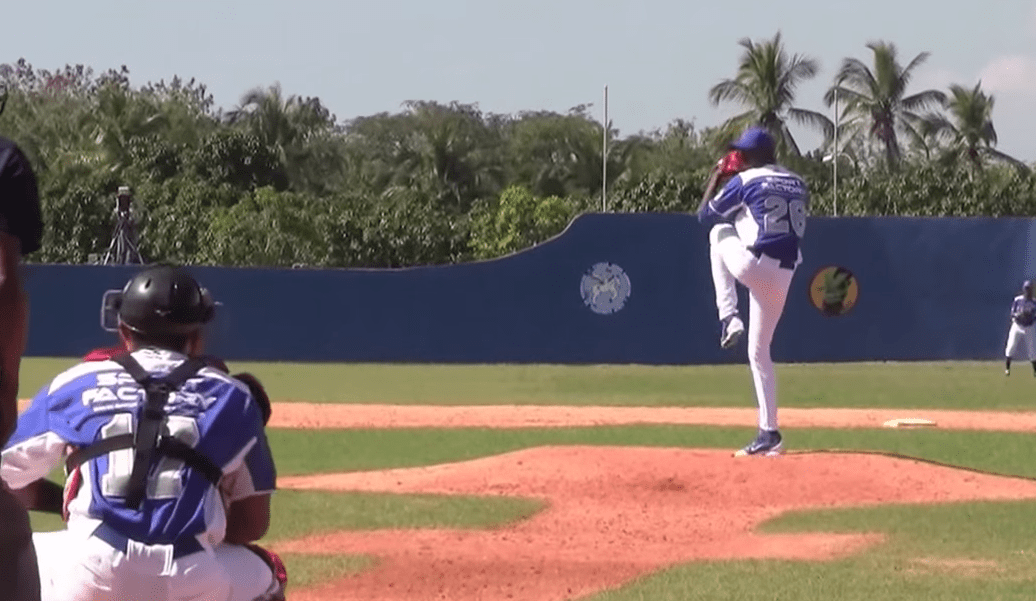 Yadier Alvarez is here, dressed in a light gray suit and a baby blue undershirt with newly polished black shoes. He’s riding an escalator up, making his way to the fourth floor for a meeting at a popular restaurant, and he’s looking down at the luxury-brand stores below.

“I’ve been here, but I’ve never been to this restaurant before,” the soft-spoken Alvarez said in Spanish. “It’s new to me. But a lot of things are still new to me.”
The Dodgers invested heavily in several top prospects during the current international signing period, but none is more important than the 6-foot-3, 175-pound right-hander from Matanzas, Cuba. He seemed to appear out of thin air and land a $16 million signing bonus. Alvarez, ranked No. 1 on MLB.com’s Top 30 International Prospects list and No. 10 on the Dodgers’ Top 30 Prospects list, is now considered one of the top young pitching prospects in the world, and he’s only been out of Cuba for 10 months. MLB.com