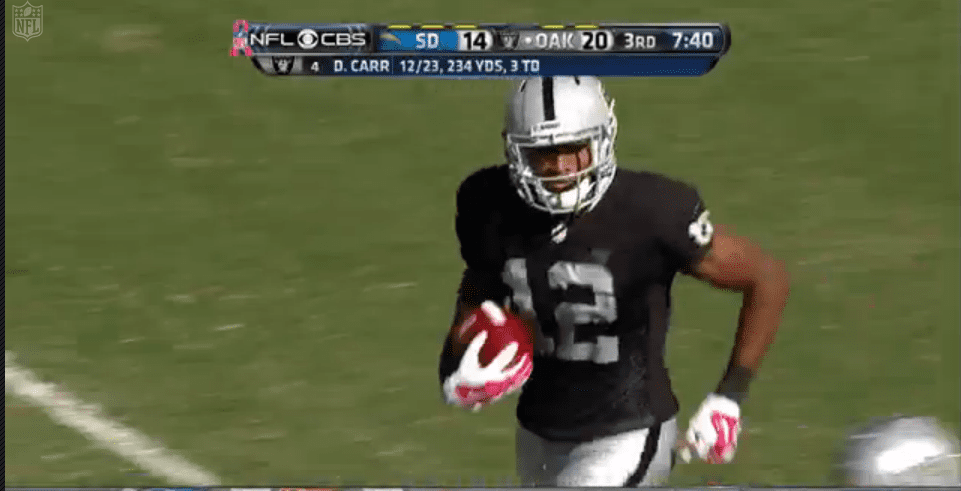 Screen Capture courtesy of the NFL/YouTube.

Rather than enter into Week 2 of the NFL season with the wide receivers they have or bring a man up from the practice squad, the Dallas Cowboys have opted to make a trade with the Oakland Raiders for Brice Butler.

Butler has shown signs that he can be an elite receiver, amassing 149 yards and a touchdown in just six receptions in a three-game span last season.  The question has always been consistency. Of course this is all the result of Dez Bryant breaking his foot in the opener against the New York Giants.  Bryant is expected to miss 4–6 weeks as a part of his recovery time, and that leaves the team seriously lacking in their receiving options.
The trade would see Dallas send their fifth-round pick for 2016 to the Raiders in exchange for the Raiders sixth-round selection.  A swap that may not turn out to be too much of a drop as Dallas was a division winner last season and the Raiders were a top-five selection in the draft.  Still, this trade of picks is contingent on Butler making the 53 man roster and playing in at least six games this season.  Talk about getting something for nothing.