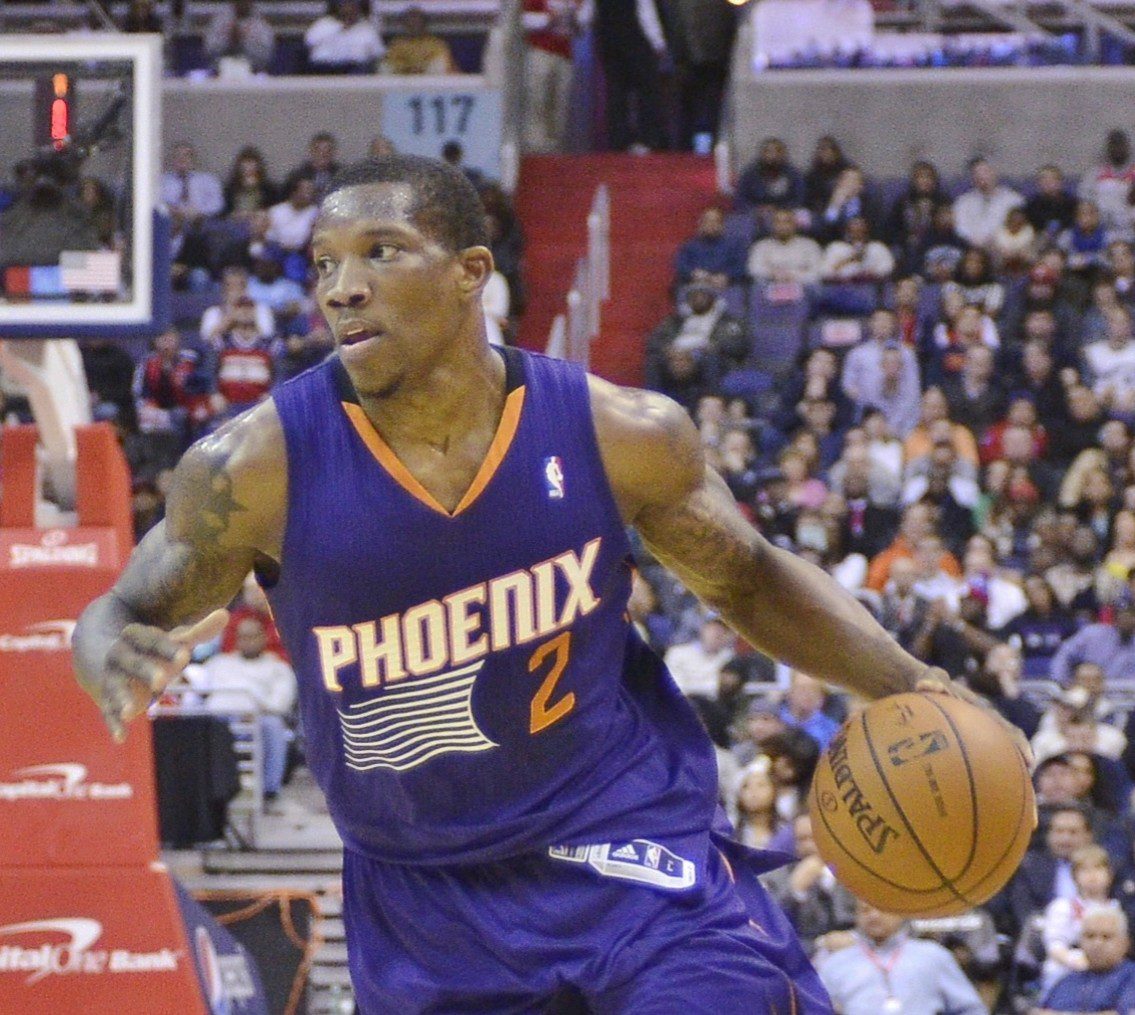 Eric Bledsoe was, for whatever reason, one of the guys who was really tricky to rank during this process. There are always a few guys who are tough to get a good grasp on. Usually it’s because I either didn’t catch as much of them as I would have liked or because they’re young, and it’s almost impossible to project what kind of leap they might make the following season. Bledsoe doesn’t really fall into either of those categories. I’m conflicted with Bledsoe because I know exactly what he is.

It feels like it’s a pretty safe assumption that Bledsoe, despite being only 25 years old, is basically the best possible version of himself right now. It’s tough to think that his ceiling could be too much higher than it is now, isn’t it? He’s not going to turn into a Chris Paul-esque savant at the point guard position; he’s too turnover prone, doesn’t see the floor all that great and he can’t get to any spot on the floor that he wants. He’s probably a little too short to make the kind of nightly impact that other athletic point guards like John Wall and Russell Westbrook can make; Bledsoe is a little tank, but the problem lies in the word “little.” And his jumper isn’t anywhere close to being where it needs to be if he’s going to remain relevant once father time gets a hold of him and limits that startling athleticism that has made him so special up to this point.

Bledsoe is a truly unique player, at least for the time being. He’s arguably the most athletic guy in the league, right there with Westbrook, Wall, Zach LaVine, Andrew Wiggins, and a few others maybe, and that coupled with a complete recklessness on the court has made him one of the more entertaining guys to watch play basketball the last couple of years. He jumps passing lanes like a cornerback, goes up for blocks at the rim despite being 6’1″, and he tries to dunk on dudes that are far bigger than he is. For his size, he’s one of the most fearless guys in the NBA, an overachiever in just about every respect. He’s a magnificently gifted athlete, but Bledsoe shouldn’t be the best guy on a great team. He probably shouldn’t even be the best guy on a very good team. He just doesn’t have those particular tools in his metaphorical tool box.

Just like there are certain guys who are overqualified to be second or third bananas, there are some guys who are miscast as alpha dogs. Three years after being assigned to the Bakersfield Jam of the NBDL while he was a member of the Los Angeles Clippers, Bledsoe was suddenly the alpha dog of the Phoenix Suns, one of the few key guys left from a team that stunned the NBA the previous season by nearly making the Playoffs in the loaded Western Conference during the 2013-14 season, and again making a push for a Playoff spot out West the following season.

If we’re divvying out credit for the Suns over-achievement the last two seasons, I can’t forget to mention Goran Dragic (who kept the Suns afloat while Bledsoe missed half of the 2013-14 campaign), Jeff Hornacek (who is a goddamn sorcerer on that Suns sideline) and others who have overachieved to some degree over the last two years (the Morris twins, Channing Frye, Alex Len, new addition Brandon Knight, etc.) Bledsoe has been the constant though. He gets the biggest slice of pie; the biggest catalyst of Phoenix’s breakneck pace, the most consistent player on the team and the guttiest competitor on a roster full of gutty dudes.

Bledsoe bounced back after an injury-plagued 13-14 season by playing 81 games and a ton of minutes, momentarily quieting any of the critics who were openly concerned that he had yet to log big time minutes in a full seasons worth of games as something more than just a role player. He hadn’t just established himself as something more than a role player; Bledsoe had become the unquestioned focal point of the roster and franchise. He was the one key piece that management wasn’t going to let go of during. Dragic was shipped to Miami. Thomas was dealt to Boston. Bledsoe stayed in Phoenix and has flourished.

Per NBA.com, Bledsoe was one of four players in the league last season who averaged 17 points, 5 rebounds and 6 assists per game. The other three guys on that list finished second, third and fourth in MVP voting. Of course, Bledsoe isn’t on the same tier as LeBron James, James Harden or Russell Westbrook. But those numbers do paint an interesting picture. For a guy who shouldn’t even be shouldering a burden so large, Bledsoe took it upon himself to act as a leader and perform like a leader should.

What could end up being most beneficial for Bledsoe is some consistency on the roster around him. Over the last two seasons the Phoenix Suns roster has seen as much turnover as the cast of Bachelor In Paradise has each summer. The Suns are obviously a franchise that is trying to be competitive immediately, but at a certain point you have to be ready to go to war with the guys you have and count on continuity to kick in and make some kind of difference.

The Suns will once again be in the mix for a Playoff spot in the Western Conference, and if they do make it, despite being close two years in a row, it will still feel like they have overachieved in some way. Phoenix has been one of the most competitive teams in the league the last two seasons and that narrative will be the same this year, and for better or worse, it will be Bledsoe leading the charge.