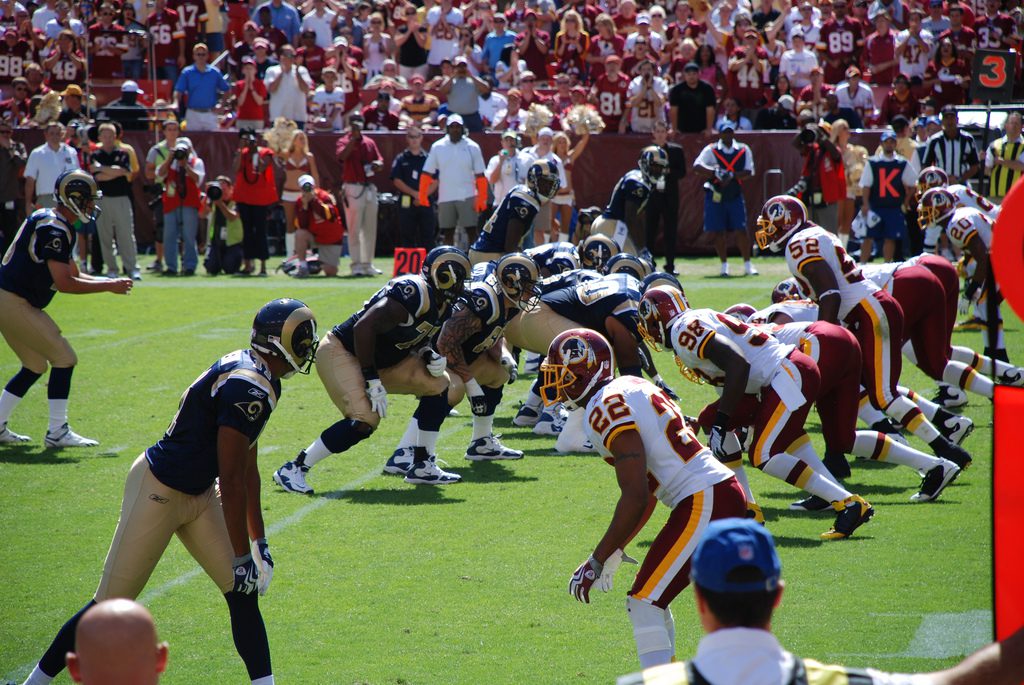 I made you money last week! Unless you only bet my teaser, but I doubt you did. Went 2-1 on my three bets from last week, only because Teddy Bridgewater looked like RGIII Monday night, but that’s neither here nor there. Anyway, last time I checked two is more than one which means I have a winning record to start the year. YAHOO!
But I want you to make you a ton of money so you tell your friends, so they make a ton of money. Yes, I know I’m a great guy, but I feel bad giving you a loser last week. So let’s go for 3-0 for this week!

Just a reminder all lines are out of the Boston Herald!

You probably think I’m picking on Washington by picking against them two weeks in a row. Well, you’re half right. Last week I gave you a list of reasons why the Dolphins would throw all over Wash, so I won’t do that again. Although last season they were 2-6 against the spread at home.

More convincing for me was the play of Nick Foles and the Rams against the Seattle Seahawks last week. They handed Russell Wilson the first loss of his career in overtime. That’s a big way to start the season and momentum is certainly in the Rams corner.

Also making this game my lock of the week is the familiarity Foles has with the Redskins. Foles played for Philadelphia for three years, who are in the same division as Washington. Although Foles didn’t have a tin if success against Washington. A new team for Foles could bring big things. He had two total touchdowns against one of the better defense’s of the league last week. Pair that along with the decline of the defense in Washington and you’ve got yourself a winner!

Steal of the week is in Washington for the second week in a row.

O/U of the week:
Dallas Cowboys vs Philadelphia Eagles
Under 55

Under any other circumstances I’m telling to take the over here even if it was 100. Unfortunately for Dallas these are not normal circumstances. Dez Bryant suffered a break to his fifth metatarsal in Week 1. This is the guy that Romo threw 16 of his 30 touchdowns to last season. No matter who you are as a quarterback  (unless you’re Tom Brady) a loss like that puts a damper on your offense.

This game is normally known as a high scoring game, but both teams look so much different than last year. Especially at key spots. DeMarco Murray will be in the game, but in a green uniform. Sam Bradford is now the QB in Philly and Dez Bryant is a huge loss for the Cowboys.

Dallas has a good enough defense to muck the game up and cause some turnovers. Philadelphia does not and will depend on the absence of Bryant to make a difference for their defense. It may, because Romo is so dependent on Bryant and could get caught missing Dez by throwing a few to Philly. Turnovers back and forth will lead to a low scoring game.

Arizona Cardinals +7 @ Chicago
This is easy pickings. Arizona laid a beating to the New Orleans Saints last week and Chicago has a similar defense. None. It will be a tough going for Bears stud running back Matt Forte on the other side of the ball as the Cardinals boast a stiff front seven. Also the Bears have an extremely hard time covering against the spread going 2-6 at home last year against it.

Atlanta Falcons + 7 1/2 @ New York Giants
Did you see how Atlanta played with the game on the line last week?  Did you see how the Giants played? For the Falcons it was refreshing to see them not blow it with the game on the line, like they had in the past with Mike Smith as head coach. Nope, it’s clear a culture change has taken place there, under new coach Dan Quinn.

As for the Giants, they look to be heading in the opposite direction. Tom Coughlin clearly has time and game management issues as well as his quarterback. There are only a few games this season I see them winning and I doubt it will be by more than a touchdown.

I like Atlanta straight up, so getting seven makes them impossible not to take.

Miami Dolphins +4 1/2 @ Jacksonville Jaguars
Miami covered for me last week. Thank you Jarvis Landry. Anyway, do I really have to explain myself here? Blake Bortles throws picks and Carolina’s stagnant offense hung up 24 on that eggshell of a defense the Jags have. The Dolphins not giving up 10 points would be a winner let alone getting any.

There you have it all your games will be decided before Sunday night. I’ll expect thank you cards. Good luck!