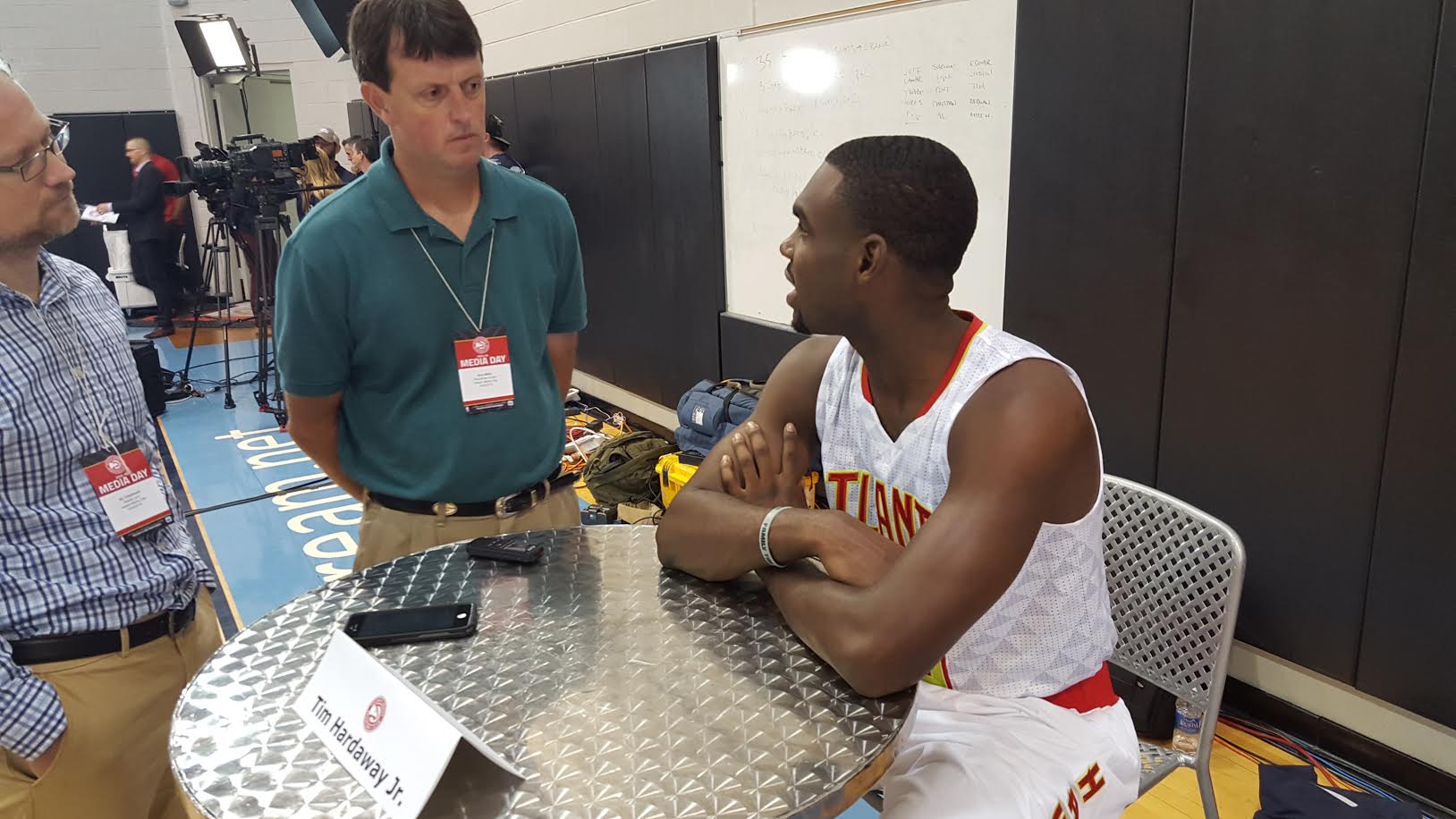 To call what happened in Atlanta last year a Cinderella Story would be an understatement. The often overlooked Atlanta Hawks shocked every basketball pundit on earth when they racked up a team record 60 wins, placed their entire starting lineup in the All-Star Game and came within two games from playing in the NBA Finals.

As great as that fairy tale story was, what happened in the offseason shook-up the storyline heading into the new season.

The team did lose a big component to their success when DeMarre Carroll signed a deal in free-agency with the Toronto Raptors. Losing Carroll means losing 12 points, 5 rebounds, and a ferocious style of defense that earned him the nickname, “Junkyard Dog.”

The Hawks have the bodies to pick-up the slack in Thabo Sefolosha and Kent Bazemore, but it would take another type of player to replace the Junkyard Dog.

Thanks to a draft day trade, they may have found that piece.

Drafted 24th overall by the New York Knicks, the son of famed point guard, Tim Hardaway, made the NBA All-Rookie team in 2013-14. The team didn’t win many games while he was a Knick, but it was felt that the team saw Tim Hardaway Jr. as part of the rebuilding process that GM Phil Jackson was concocting in his lab.

Guess his part in the rebuild process would be to bring other pieces to the team.

Hardaway was traded this past June on draft night for the rights to Notre Dame point guard, Jerian Grant.

New York’s loss is Atlanta’s gain. The 6’6’’ small forward can immediately fill in for Carroll in the starting lineup. On offense Tim can stretch the floor with his shooting and brings a hard-nosed mindset on the defensive end. And while he’s not his dad, he can drop a dime or two. Only in his third season, his upside and athleticism makes him an intriguing addition to what the Hawks franchise.

At the Hawks media day, Hardaway was one of the stars of the day. Many in the media wanted to get some words from the newest member of Hawks nation.

BMF SPORTS was lucky to get a few of those words before he was jettisoned off the locker room.

Tim spoke to me about his feelings about being traded, how Carmelo Anthony felt about the trade, and trying to steer clear from Atlanta nightlife.

BMF SPORTS: Coming from an NBA family, I’m sure you’re aware of how the business of basketball can go. What did it feel like after finding out that you got traded after the year you had in New York?

Tim Hardaway Jr.: I felt great. I felt a lot of weight off my shoulders and I felt like it was a new beginning for me. I’m out here playing the game of basketball the way that I know how to play it. I’m excited to be a part of this and I’m ready to get things going.

BMF: Watching you play last season, I know you can bring more shooting and defense to the team. But that’s me as a fan watching. What do you feel you’ll be bringing to the Hawks?

BMF: What did Melo say to you when you we’re traded?

Hardaway: I didn’t really speak to Melo too much. I know he was upset. He wants me to go out here and play my game and play with the same attitude that I always played with and just go out here and have fun. He understands how the business goes and he’s happy for me to still be part of this league.

BMF: So have you made your way around the city any? Have you caught any of the Atlanta club life yet?

Hardaway: I haven’t been to any clubs really. I’m just been at home relaxing, maybe going to a few parks for events. At night, I’m at home relaxing getting ready for the next day. I get up everyday at 7 a.m. to workout.

BMF: With DeMarre Carroll gone, that leaves a big hole at small forward. Have you thought about coming in and taking over his role?

Hardaway: I’m not going to lie and say that I haven’t. You think about in the back of your mind while you’re out here working out in the morning. At the same time, you have to let game come to you and that’s what I’m going to do. I’m not going to force the issue. All I can do is control what I can do when I’m out there on the court playing.