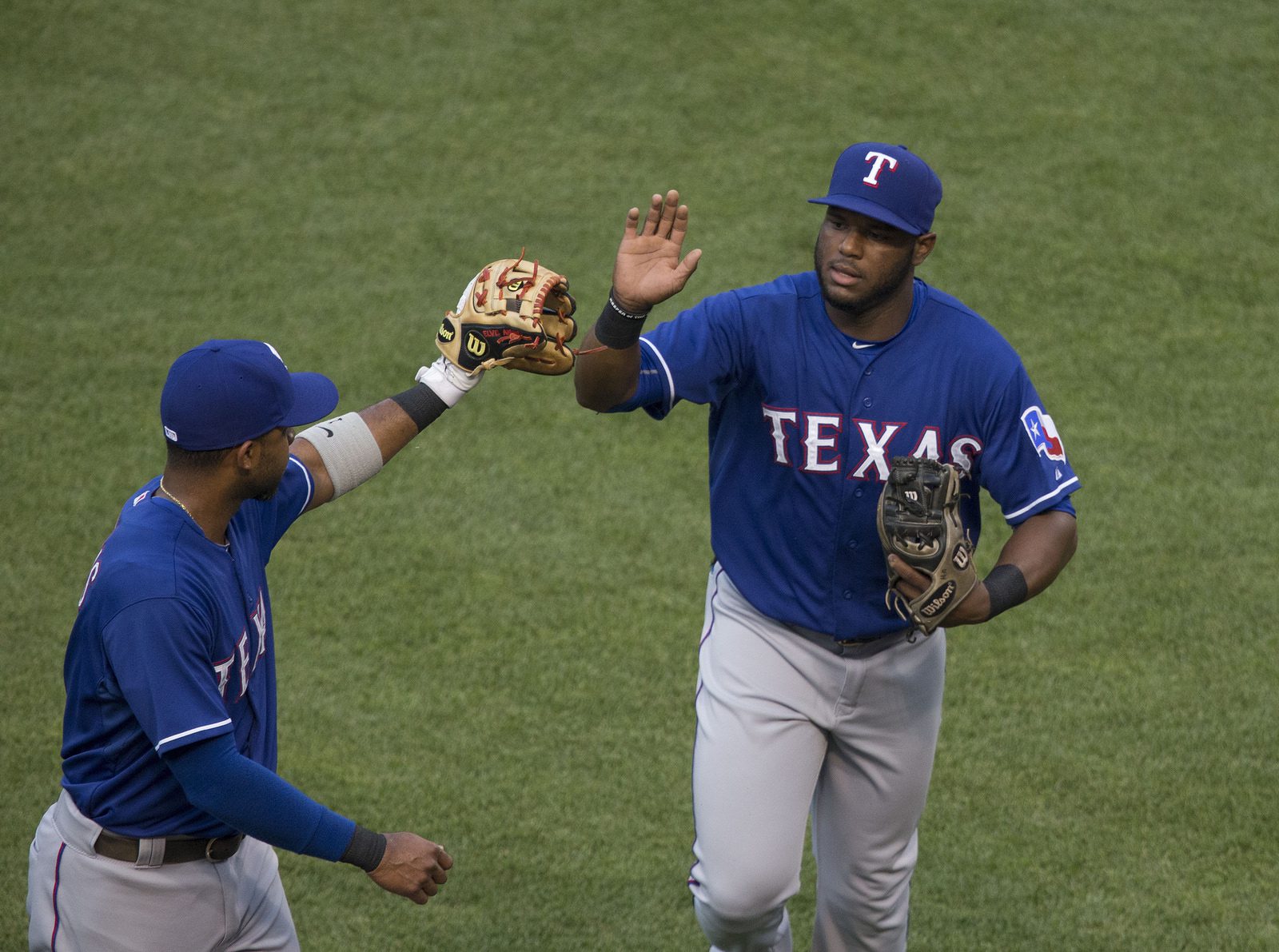 At the bottom of the 13th inning during Game 2 of the ALDS between the Toronto Blue Jays and the visiting Texas Rangers, Josh Donaldson, went deep as fans packed into Rogers Centre held their breaths, eyes somewhat agog on the ball that MIGHT be their saving-grace – a walk off homer. Instead, fans cringed as the ball flew foul, and Texas reliever Keone Kela furrowed his brow at Donaldson, the pitcher’s shoulders arched in a way that only spells out the word h-o-s-t-i-l-e as Donaldson opened his mouth and started spilling out words not suitable for most people directed at Kela. Never one to back down, Kela huffed and went to take on the third baseman as both benches cleared, testosterone over boiling into the park and feeding the tired, but excited, 49,716 fans.

There were many moments in the Rangers 6-4 victory over the Blue Jays that were more than noteworthy: The Cole Hamels–Marcus Stroman starting pitching showdown, Rougned Odor’s controversial slide into second, Delino DeShields Jr.’s damage, Josh Hamilton’s struggles, Jays’ fans bird-shaped tears, and of course Rangers reliever Derek Holland wiping his ass with a Toronto rally rag.

All of the chaos was worth it, but not in the eyes and hearts of Toronto fans, who eagerly clutched their hands in anticipating as Game 2 went into extra innings. They thought the game was their for the taking a few times over, but were left with empty hearts and sore middle fingers as the visiting team heads back to Arlington, Texas leading the post season race. All forgetting one curious fact – a fact over looked by fans and baseball experts alike:

And Texas, in a position they relish in, has proven this fact time and time again. It’s not that winners are officially born in October, it’s that the true winners are finally able to shed their sheep’s skin in October. The Rangers not only proved during Game 1 that they aren’t meant to be taken lightly, but repeated the awe-inspiring performance in Game 2, not only without the heartbeat of their team (third baseman Adrian Beltre who is day-to-day with back issues) in 14 exhausting innings.

And it happened off the bat of replacement, Hanser Alberto.

Before Alberto stepped up to the plate at the top of the 14th, so much had boiled over in those curious and hostile five hours including Alberto driving in a run in the second followed by missing a crucial grounder that would lead to the Jays tying the game at the bottom of the inning. However, it would be Beltre’s replacement who knocked in that almost deafening RBI that Texas fans will continue to remember well into the dark days of November, giving the Rangers a two-run lead over the Blue Jays. Needless to say, he redeemed himself for the day.

The Rangers come back to Arlington in order to face the Blue Jays in Texas on Sunday for Game 3.