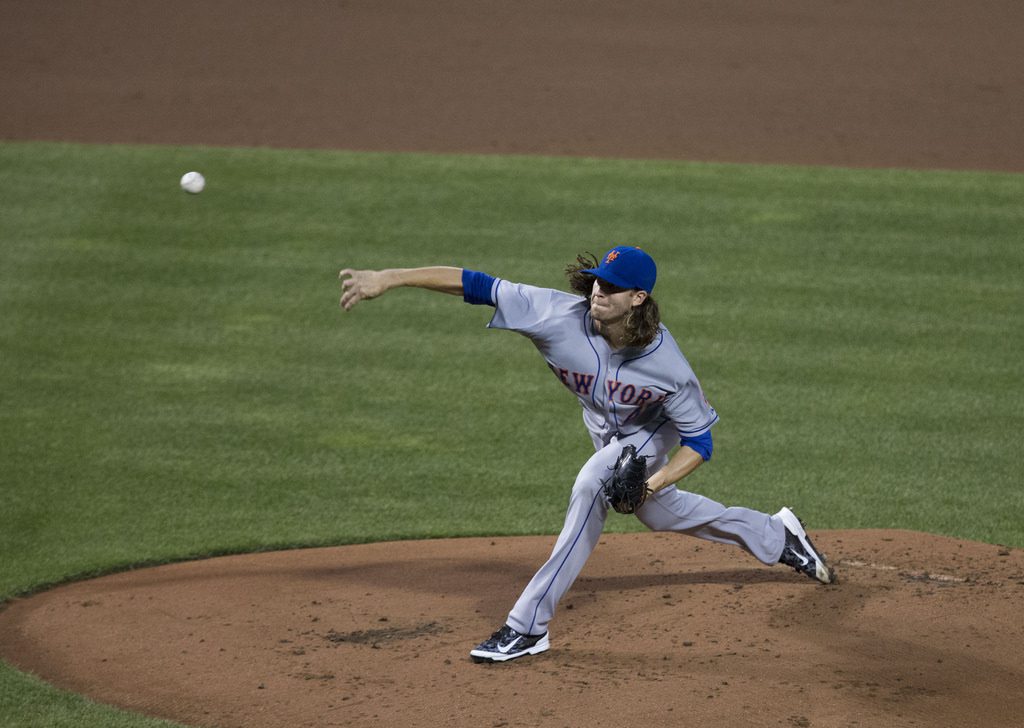 In hushed corners of the New York media, there’s been talk that the New York Mets are boasting a new “Generation K” that will fulfill the promise so brazenly unfulfilled by the original “Generation K” – but shhh… let’s not jinx Matt Harvey, Jacob deGrom, Noah Syndergaard, and Steven Matz.

Now, the Mets and the media are stuck.

Matt Harvey’s coming out party was struck down by the fickle UCL, but last night in baseball’s third oldest stadium Jacob deGrom was positively Seaver-esque, and it’s time for the country to Meet the Mets again.

Talking about deGrom’s emerging history on the big stage is banal, because the big stage is the archetype of writers and dreamers. deGrom’s fastball is reality. It comes in fast and moves deceptively. The Dodgers were flummoxed in a manner similar to the opposition’s confusion when facing their Game 1 starter, Clayton Kershaw.

A 3-1 Mets victory may be another indictment on Kershaw’s playoff record, except Kershaw was pretty good. He struck out 11 and his only earned run was a Daniel Murphy homerun.

But deGrom’s star shone just brighter. He allowed 5 hits and two walks while striking out 13 – matching Tom Seaver’s 1973 Mets record. Murphy’s homerun was the difference between deGrom and the great Kershaw.

After Kershaw and deGrom departed, David Wright provided the 2 RBI to give the Mets a 3-0 lead while Adrian Gonzalez provided the Dodgers their lone run.

The night, however, belonged to the pitchers, and particularly the New York pitcher.

The Mets history seems to parallel Icarus. In the mid-90’s, they flew too close to the sun with Generation K. Now, they’ve taken Daedalus’ advice with this new generation of pitchers. For one night, the lights of Los Angeles were bright, and the Mets again donned their wings and flew to a 1-0 series lead.