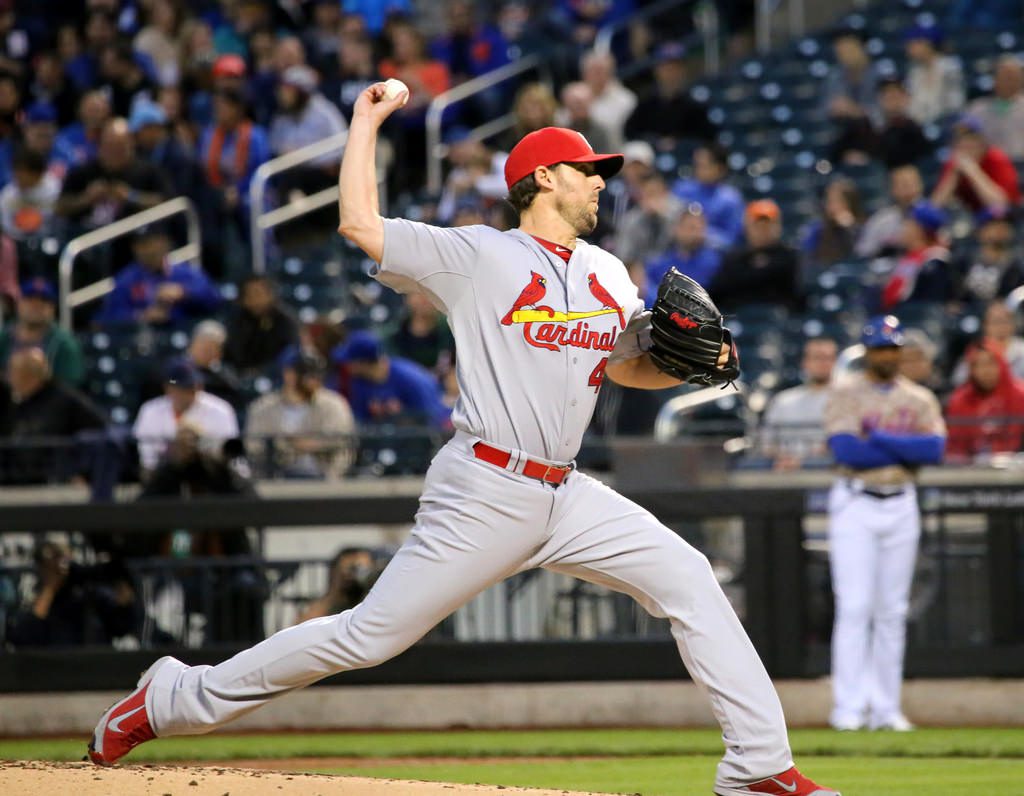 It’s been the same story that’s been heard all season, but it’s nothing new for the St. Louis Cardinals. The savvy, postseason veteran, John Lackey, outdueled former teammate and prized free agent, Jon Lester, as St. Louis took Game 1 vs Chicago, 4-0. While the pitching did the heavy lifting, once again, it was the young and inexperienced rookies that came up big for the Cardinals in a key three-run outburst in the bottom of the eighth.

Tommy Pham, a rookie outfielder who was pinch hitting for reliever Kevin Siegrist led off the bottom of the eighth with a solo home run, and then two batters latter another rookie, Stephen Piscotty, hit a two-run homer to give the Cardinals some cushion going into the bottom of the ninth for closer, Trevor Rosenthal. Piscotty scored the first run of the night on a Matt Holliday single in the top of the first, which ended up being enough for Lackey, Siegrest, and Rosenthal to secure a Cardinals win.

In a game that defined a classic pitcher’s duel, after the first inning RBI by Holliday, any kind of offense was tough to generate. Lackey had a no-hitter through the first five innings, and ended his night by surrendering two hits through 7 1/3 innings, with Siegrest and Rosenthal only  giving up one hit and combining to strikeout the final five batters.

Lester was equally as good until the eighth inning, where he struck out nine and scattered five hits throughout 7 1/3 innings, before exiting after a Pham home run and a walk to Matt Carpenter,which was followed by Piscotty’s two-run home run which was given up by reliever, Pedro Strop.

Even after the big bottom half of the eighth inning the Cubs didn’t go quietly. After striking out his first batter, Rosenthal followed that with a walk and then allowed a two-out single to rookie standout, Kyle Schwarber, which brought up another Rookie of the Year candidate, Kris Bryant. With Anthony Rizzo, the tying run, waiting on deck, Rosenthal struck out Bryant and gave the Cardinals a 1-0 lead in the NLDS.

For two historic franchises, that have been rivals for over a hundred years, it should have been known that the first time the two ever met in postseason play would lead to an exciting game. In the end, though, it was one veteran outpitching another, and one team’s unexpected rookies outperforming an entire team full of youngsters. The Cardinals, who outside of “Cardinal Nation” are loathed, came through when it mattered to take Game 1 against the up-and-coming, Cubbies.

Saturday’s Game 2 matchup will see Cardinals lefty, Jaime Garcia, facing off against Cubs righty, Kyle Kendricks. Garcia has posted a 2.43 ERA this season in 20 starts, accumulating a 10-6 record while his counterpart, Kendricks, posted an 8-7 record with a 3.95 ERA during the regular season. Game 2 could lead to a big change of events with the possibility of Jake Arrieta pitching Game 3 looming in the background, but until then, expect another packed crowd at Busch Stadium where the Cardinals and Cubs historic rivalry writes another page with first pitch slated for 4:37 CT on Saturday evening.