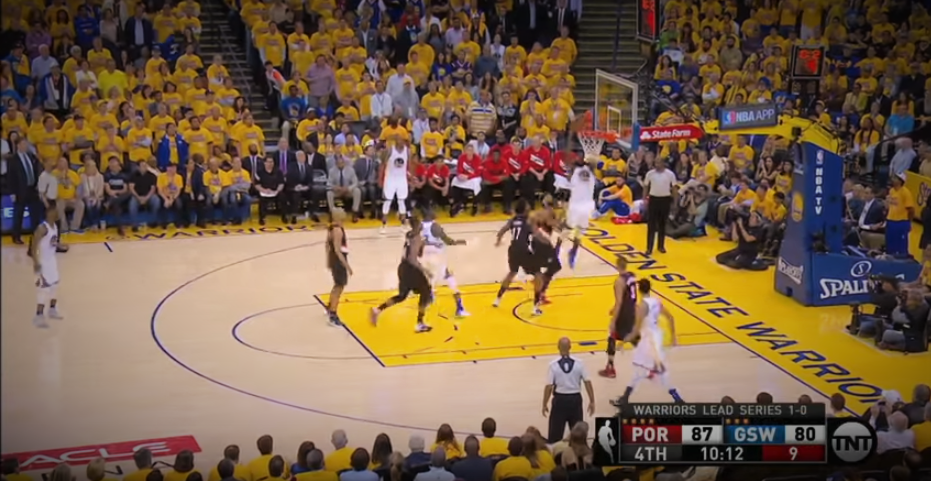 The Golden State Warriors didn’t appear ready to take a Game 2 win against the Portland Trail Blazers. Losing throughout three quarters, it felt as though GSW would never come back. A 34-12 fourth quarter in its favor shifted this narrative and gave the Warriors a 110-99 win.

Those just checking the box score without watching might assume Golden State had control of Game 2. With Damian Lillard dropping 25 points and C.J. McCollum going for 22, Portland’s guard play seemed poised to tie this series up before heading to Oregon.

But what’s an impressive game without a strong finish? Essentially – a wasted opportunity, the king that lingers in your brain deep into the inevitable offseason.

Portland had numerous poor fourth quarter possessions that led to turnovers or terrible shots. In the game, the Blazers shot 44.4 percent from the field and 43.3 percent from deep. They had 17 turnovers.

It was Klay Thompson who was most aggressive for Golden State, although his efficiency wasn’t existent. He went 7-20 (5-14 on triples) to get his 27 points. Draymond Green also went 7-20 and Shaun Livingston was 6-15. However, Green did put up a 17/14/7 line, and the Warriors played superb defense late.

Harrison Barnes also contributed with 13 points and 5-8 shooting. Festus Ezeli, a player who has somewhat fallen out of the rotation in this series, provided valuable minutes and energy. The big man finished with 8 points in nearly 13 minutes of action.

Without exaggeration, this Game 2 win by the Warriors was the stuff of a legendary squad. Say all you want about professional athletes, the great ones do indeed have immense fortitude and resilience. Losing basically all game and still grabbing the win without the MVP of the league is beyond impressive.