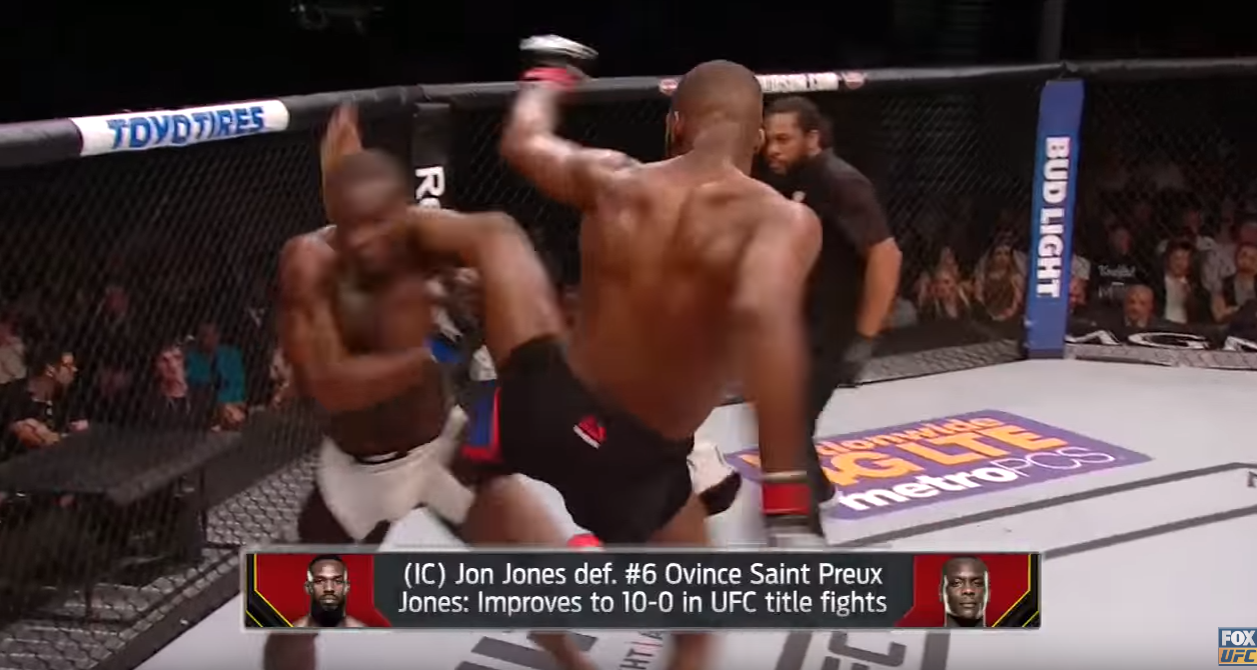 Screen capture courtesy of the UFC/YouTube.

UFC 197 may have not had all the upsets I predicted, but it certainly met my expectations. Some fans may not agree with me due to the slow pace of the main event, but the fallout from this event may have implications much further into the calendar year for the UFC. With the main event for the coveted UFC 200 being put into question by Conor McGregor’s stalemate with Dana White and the company, UFC 197 has undoubtedly cleared some of the shadow cast upon the upcoming UFC milestone. With Demetrious Johnson winning along with Jon Jones doing exactly what everyone thought he would, it opens the door to some fight possibilities for the UFC that weren’t justifiable before this past Saturday’s pay-per-view.

Yair Rodriguez vs. Andre Fili | 145 LB
The first fight of the main card was as explosive as expected and ended with everyone learning the name… Yair Rodriguez. “El Pantera” Rodriguez was as aggressive as his heavy metal nickname suggests. Surprisingly, Yair spent much of the first round dominating Andre Fili with overwhelming ground-and-pound. No one expected the Tae Kwon Do expert to impose his will on the ground against someone who goes by “touchy,” but that’s exactly what happened. It proved to be more effective than Rodriguez himself could have ever imagined because the threat of the takedown eventually would lead to Filli dropping his hands in anticipation of a shoot, to only be surprised by a lightning fast jumping switch kick that immediately ended the fight.

The switch kick not only gave “El Pantera” a huge win on a main card, but he also received a fight bonus for having the “performance of the night” for knocking his foe out in such electrifying fashion. Yair Rodriguez has arrived at the featherweight division, and the rest of the weight class should take notice.

Fight To Make: Yair Rodriguez vs. Diego Brandao
Yes, Rodriguez was extremely impressive. He absolutely put the division on notice, but the 135 pounders are some of the toughest guys going right now. Conor McGregor, Jose Aldo, Frankie Edgar, and the recent return of hall of famer, BJ Penn, just to name several. All of those guys listed are the elite of the elite, so Rodriguez will need to prove more before he steps into the octagon with them. A great way to see if he can handle that high competition is too put him against a seasoned vet and a tough pull for anyone, Diego Brandao.

Robert Whittaker vs. Rafael Natal | 185 LB
Next fight was the sleeper fight of the evening. Robert Whittaker vs Rafael Natal. When I say sleeper fight, I don’t mean the one that wasn’t expected to surprise fans, but did. No, I mean more than half of the people watching at home fell asleep. Whittaker bounced the older and slower Natal around the ring. For some reason I cannot make sense of Natal, who is very well-versed in jiu-jitsu and never tried for one takedown during the entire fight. Even when the fight was clearly in the hands of Whittaker and Natal needed a knockout (which was never going to happen) or a submission, Natal showed no intentions of even wanting to take Whittaker down. In my opinion, it cost him the fight.

Fight To Make: ANY FIGHT BUT THIS ONE. SERIOUSLY UFC, NEVER MAKE THESE TWO GUYS FIGHT AGAIN. EVEN IF THEY WILL DO IT FOR FREE. I FELT ROBBED OF MY MONEY WATCHING IT ON PAY-PER-VIEW.

Anthony Pettis vs. Edson Barboza | 155 LB
Not only was this bout the biggest upset of the night, it was the only fight in my predictions that I got right, so I was especially excited when Barboza beat Pettis is dominating fashion. For a guy who is known for his kicks, Barboza showed superb improvement on his boxing in this one. With the ex-UFC and WEC lightweight champion, Anthony Pettis, throwing everything in his arsenal at Barboza, the latter was surprisingly prepared. Barboza continued to find a home for a counter and lead left hook that he has never showcased in his previous fights, which led to the unanimous decision victory.

This being Pettis’ third straight loss, he needs to change something. Whether it’s his preparation, his diet, his coaching or what have you, something isn’t right. A fighter on such a level as “Showtime” doesn’t have a skill drop off as Pettis is beginning to show. A little time off should do Pettis some good and hopefully by the end of 2016 we will again see Pettis compete as he used to when he was a champion.

Fight To Make: Edson Barboza vs. Tony Ferguson
Barboza looked so much improved that I think he made a case to get a rematch with the man who most recently beat him, Tony Ferguson. Right now the state of the lightweight division is simple: Rafael Dos Anjos is the champion and the last man to beat him, who is also undefeated at 22-0, Khabib Nurmagomedov, absolutely undoubtedly deserves a shot at the title. No one can argue that.

Problem is, last month Khabib was supposed to fight Ferguson until he got injured eleven days before the fight. Now that he is healed, he is ready for his fight with Nurmagomedov. But Nurmagomedov wants his title shot and there is no reason to deny him. So give the Ferguson/Barboza winner a shot at the champion after Nurmagomedov and Dos Anjos fight. Phew, say that in one breath!

Demetrious Johnson vs. Henry Cejudo | 125 LB
Two things happened in this fight. Johnson walked to the ring with his belt and Johnson walked away from the ring with said belt. It is his belt you know. They should just change the Flyweight division name to the “Mighty Mouse” division and put his face on the belt because this guy owns the division.

Cejudo, who was 10-0 leading up to the fight and also a gold medalist, looked like he didn’t even belong in the same building as DJ, let alone sharing an octagon with him. Once DJ engaged Cejudo in the clinch it was another 20 seconds before the ref was stopping the fight. A mix of knees to the body and head was all it took for Johnson to successfully defend his title for the ninth straight time, leaving the UFC with some serious questions for that division, being that the champion has beat every fighter in the top 10, some twice.

Fight To Make: Demetrious Johnson vs. Wolverine from X-Men
I don’t know who else you would throw at this guy. I bet the UFC is thinking the same thing. I’m not sure even Stan Lee could create a character to beat DJ. Guess we’ll have to wait and see.

Jon Jones vs. Ovince Saint Preux | 205 LBS
The return of Jon Jones was the biggest story in this fight. After a 15-month layoff due to out-of-the-ring trouble, Jones made his return against late fill-in, Ovince Saint Preux. Although Jones got the decision win and in the process may have broke OSP’s arm with a kick. Most importantly, Jones’ future opponent and current light heavyweight champion of the world, Daniel Cormier, was a guest announcer sitting ringside getting a perfect view of Jones and his new body and skill set. Jones has claimed even days after the fight that he did just enough to win and not show Cormier anything he didn’t already know.
Mission accomplished for Jones as he dominated OSP in every asset of the fight leaving little question as to Jones being ready to get the title he vacated, back, or at least try.

Fight To Make: Daniel Cormier (c) vs. Jon Jones
It’s already been booked for UFC 200 on July 9 in Las Vegas for the undisputed light heavyweight championship. See you there!

Ovince Saint Preux vs Anthony Johnson
Even with this loss, OSP showed amazing heart and great striking skill. Taking a fight of massive proportions on such little notice deserves great recognition. The UFC should reward OSP for him stepping up to take the fight against the number one pound-for-pound fighter in the world. By reward him, I mean give him a chance to hang around near a title shot when he returns from his broken arm.

As far as I am concerned the 205 pound division of the UFC has two tiers; Jones and Cormier on tier one and Anthony “Rumble” Johnson on tier two. The recent retirement of Alexander Gustafsson is the only reason why “Rumble” sits alone below the elite. So while we await the clash of the Titans, let’s watch OSP and Johnson toss hands at each other.