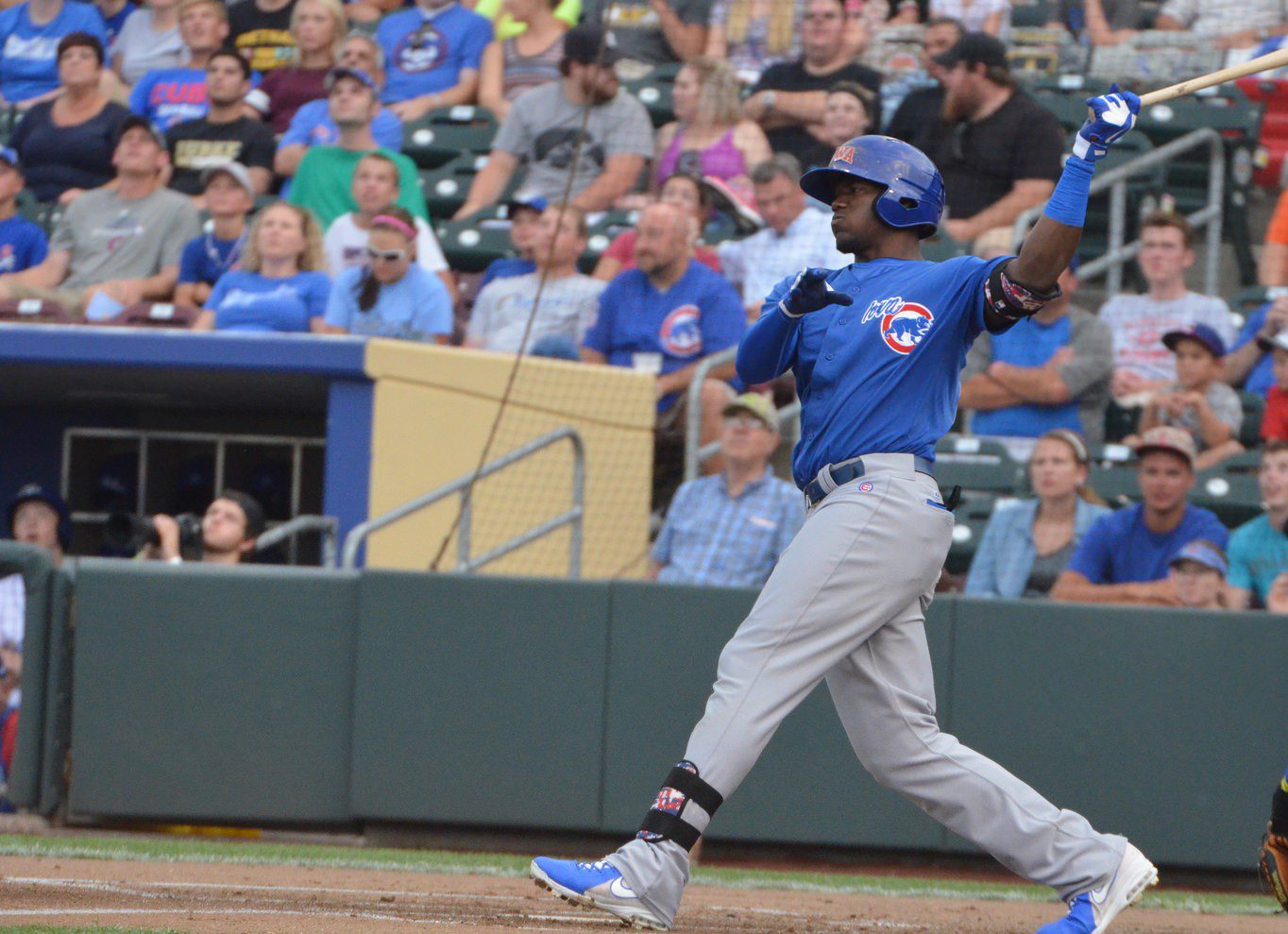 The St.Louis Cardinals had the best record during the regular season at 100-62, but the Chicago Cubs showed why they are the team to beat by running home, six times to be exact.

Many counted out the Cubs when they got blown out by the Cardinals in Game 1, 4-0.  However, the Cubs came back in Game 2 and took a win in St.Louis, 6-3.  In Game 3, the Cubs traveled home and showed everybody that Game 2 was not a fluke win for the squad.

The Cubs started off the game strong, with Kyle Schwarber hitting a home run in the bottom of the 2nd off of Cardinals starter, Michael Wacha.  At the top of the 4th inning with the Cubs still up 1-0, the Cardinals scored two runs and took a 2-1 lead.  In the bottom of the 4th, Starlin Castro ties the game by hitting another home run off of Wacha.  Addison Russell then steps up to the plate and nearly hits a home run as well, but instead settled for a exciting, sliding triple, in which he got hurt on.

Going into the 5th inning with the score tied 2-2, the Cardinals go without a run.  The Cubs on the other hand turned the heat up.  At the bottom of the 5th, Kris Bryant hits the team’s third home run of the game and the third home run off of Wacha, giving the Cubs a 4-2 lead.  So out goes Wacha and in comes lefty pitcher Kevin Siegrist.  New pitcher, same results.  Now, its Anthony Rizzo‘s turns as he hits the Cubs’s fourth  home run of the game giving them a 5-2 lead heading into the 6th inning.

Cubs pitcher, Jake Arrieta, was having a great game until Jason Heyward hits a home run, bringing the Cardinals within one point. In the bottom of the 6th inning, Cardinals pitcher, Adam Wainwright, enters the game to face Jorge Soler who sends the into the stands for the Cubs fifth home run of the game, giving the Cubs a 7-4 lead.

Just for safe measures, Dexter Fowler, hits the Cubs sixth home run in the bottom of the 8th inning. The Cubs became the first team in MLB history to hit six home runs in a postseason game.  Not only that, but they accomplished this milestone with six different players.