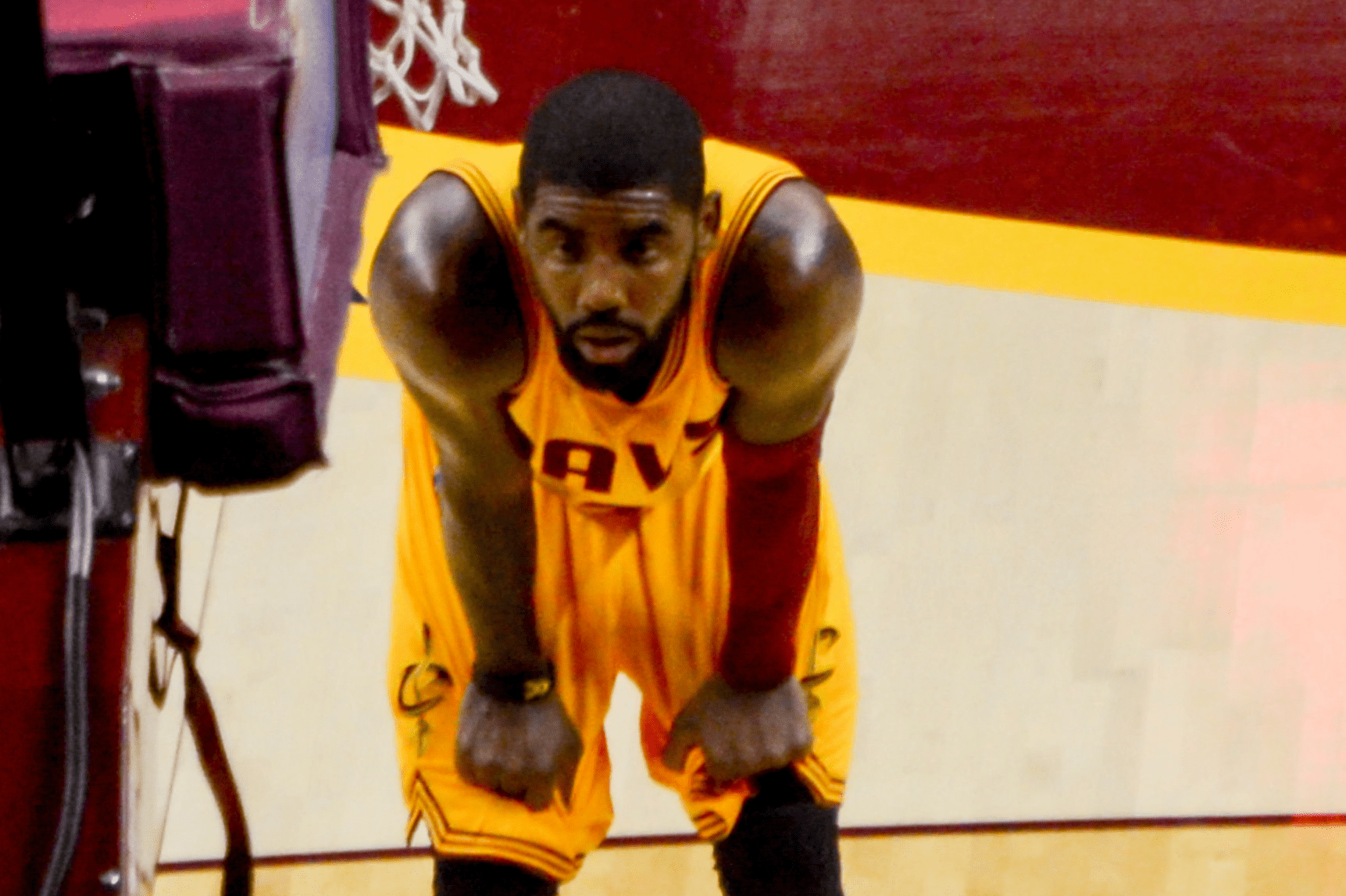 During Game 1 of the NBA Finals, Kyrie Irving created a moment that, as I tried to explain in my Paul Millsap Top 50 Players Countdown column, was one of those random and not completely spectacular plays that felt bigger that it should have. In this case, it was a potentially game saving play, one that very well could have ended up swinging the NBA Finals, but even in the moment it felt bigger than just that.

Right after Irving missed on the swipe from behind and Stephen Curry had a step on him, if somebody would have paused the game and asked me “Would you bet your life that Kyrie doesn’t make a stop on this play,” I wouldn’t have taken the bet, but I at least would have glanced back at the TV screen and strongly considered it before realizing that this is an awfully silly thing to even contemplate. Improbably, and seemingly out of nowhere, Kyrie got a piece of Curry’s lay-up and the Cleveland Cavaliers had the ball with a chance to steal Game 1 in Golden State.

Even in that very tense moment (and boy, was it tense in the Giuliano household) I recognized that this was where it felt for the first time, at least in my opinion, that Kyrie Irving was putting it all together and ready to make a full-blown breakthrough. For years we had lauded his one-on-one scoring skills, his insane shot-making ability and some of the most ridiculous handles in the league. He showed a knack early on in his career for making big shots down the stretch, a reputation he built on when he devoured the Spurs in the middle of the season …

But the block on Curry felt like something different than that. It wasn’t Kyrie reminding us of what we already knew he excelled at. It was a moment where he made a play that the vast majority of NBA fans wouldn’t have expected he could have made, and it seemed like the narrative of Kyrie Irving was about to shift. Just minutes later Irving broke his knee and was sidelined for the remainder of the series. Golden State won Game 1 and went on the win the series 4-2 while Irving watched on the sideline in a nice suit.

Remember in Forrest Gump when Jenny finally decided she was going to stop doing coke and share needles and she gets in touch with Forrest after she sees him running, and they’re going to settle down and raise little Forrest together, only then she finds out she has AIDS and she dies? This is what it felt like watching Kyrie on that play … kind of. He was fundamentally flawed in some ways and we always wanted more from him, and then in one moment it felt like he finally figured it out and gave it to us. Same with Jenny. She jerked Forrest around for years, made him ruin her roommates bathrobe and nearly got him killed at a Black Panther party, but then realized she was in love with him, only it was too late.

Is this pop culture reference a bit of a stretch? Perhaps, but hopefully you get the idea. Kyrie didn’t bring a broken knee upon himself quite like Jenny did in her situation, but it felt good to think that he could breakthrough and prove some of the doubters wrong, a little like Jenny almost did. One of the many fundamental differences between these two situations is that Kyrie had been proving people wrong all season.

Some said that he couldn’t tailor his game to LeBron’s liking, only he was so good at one he did he never really had to. Of all players who attempted at least 150 isolation field goals, Kyrie had the best field goal percentage, per NBA.com.

There were legitimate worries that Kyrie wouldn’t be able to play without the ball or function as a spot up shooter, but those concerns turned out to be ill-advised. According to NBA.com, Irving shot 46 percent on catch and shoot three pointers, right on par with notable long-distance flame throwers Klay Thompson and J.J. Redick.

Kyrie Irving might not be the typical point guard, and that might rub some people the wrong way, but I’m done worrying about what he “should” be. He’s flawed in some major ways, and he’s still rehabbing that knee as we are inch closer to the season, but dropping someone with this much talent too much lower on the countdown when they are in an ideal situation and only 23 years old seems foolish to me. He’s got a bright future ahead of him and as soon as he gets healthy the Cavaliers are going to take off. At that point, you could say that the Cavaliers are the “bird” and the rest of the teams in the Eastern Conference are the crappy shack in Alabama where Jenny used to live, because they’ll be flying far far away from them.