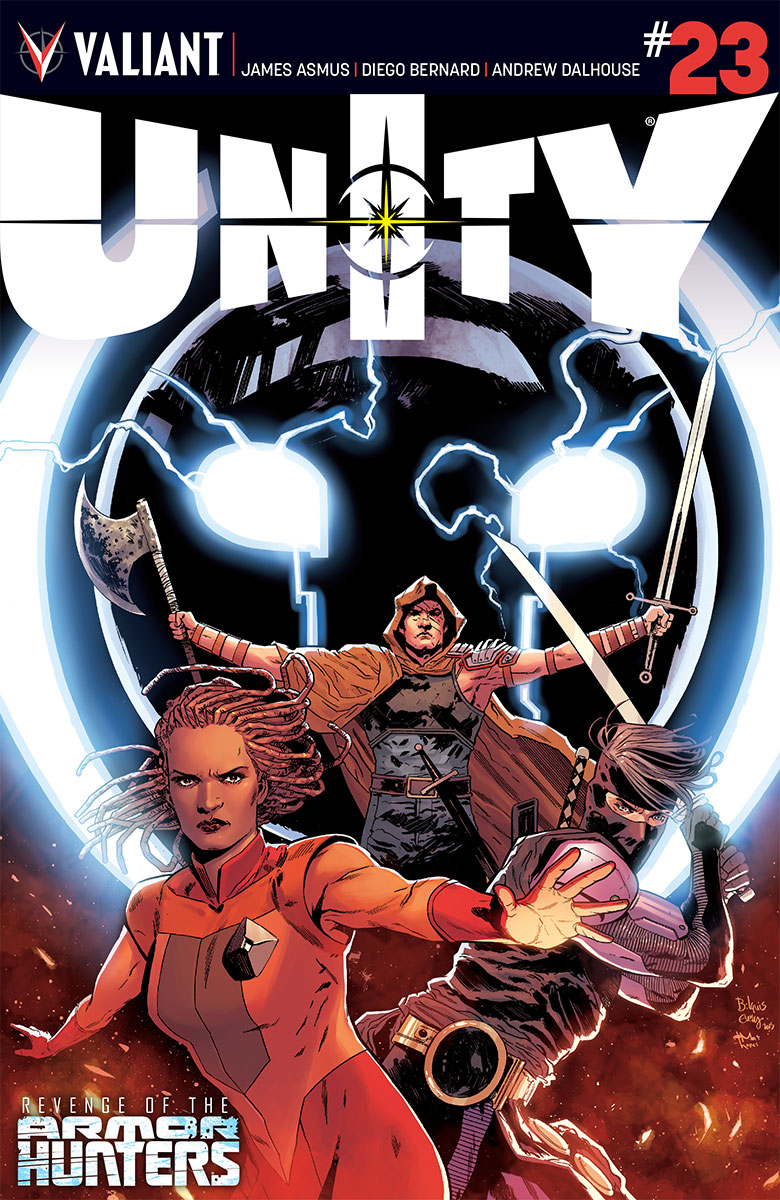 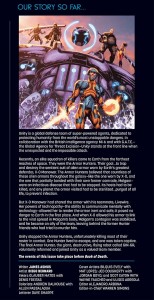 Kicking off the brand new mini-arc “Revenge of the Armor Hunters,” this issue presents a story that seems to aim at sweeping up the pieces of last years “Armor Hunters” event. These issues are written by James Asmus, replacing Matt Kindt and breaking his writing streak from issue #1 on.

The book opens in the G.A.T.E. (that’s Global Agency for Threat Excision) facility in Utah as scientists are experimenting on the surviving Armor Hunter and generally cool looking rock creature Quartz. The facility detects that three of its fighter jets are moving toward the base as the pilots are not responding.

As the base goes into lock down, the now-blind Quartz proclaims that one of his surviving fellow hunters must be coming to finish the job of sterilizing the planet from the armor virus (the galactic scourge of living armors related to that of Valiant character X-O Manowar). It’s fairly obvious to those that remember the Armor Hunters books who could be behind this, but as the jets crash down, the perspective is shifted to our red herring: reformed Hunter and current Unity member/vehicle, the giant robot GIN-GR. 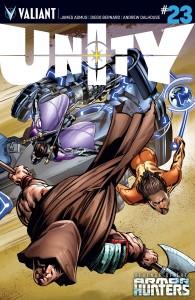 Aboard her are the three core Unity members: Gilad (the Eternal Warrior), Livewire (a technopathic psiot) and Ninjak. The team’s trust issues with one another are revisited, possibly to foreshadow a possible parting of ways for the books planned end at issue #25. The interactions are not particularly interesting, a shame considering Asmus’ comedic skill could have provided some laughs. Also on board is Malgam, a living half-armor, who seems to be content sulking in a containment pod with holographic representations of his former, fallen hunter team.

As the team realizes they should have already arrived at their destination, GIN-GR becomes suddenly uncooperative. Each member of the team springs into action when they realize they’re heading straight for G.A.T.E. at full speed aboard an unresponsive missile. There’s a funny moment where Gilad resorts to simply smashing terminals with his axe, and one wonders what sort of snarky comment Ninjak would have made if it weren’t climbing around in the bowels of the sentient robot to disable her propulsion systems. 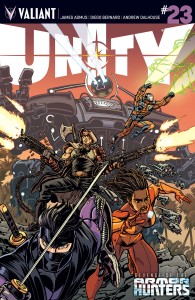 Asmus introduces a couple interesting ideas, a welcome addition to a title that has included some unfortunately unimaginative plot devices. Livewire’s circumvention of GIN-GR jamming of conventional communications by combining E.M.P. with Morse code is great, while the revelation that Quartz’s crystalline ‘scar tissue’ are actually scabs (which he subsequently uses to escape, now able to see) is an exciting moment that leads to the end of the book, where the real antagonist is revealed.

This issue sets up what promises to be a short yet satisfying mini-arc. James Asmus may not be playing to the comedic strengths Valiant fans have known him for, but he’s certainly presenting an enjoyable story. Art by Diego Bernard is certainly up to par with previous Unity books, and aside from a few visual continuity stumbles (keep an eye on Gilad’s hair between panels) brings the action of this issue to life. In addition to this content before your eyes, be sure to view all my Valiant Comics Weekly material via my author page.