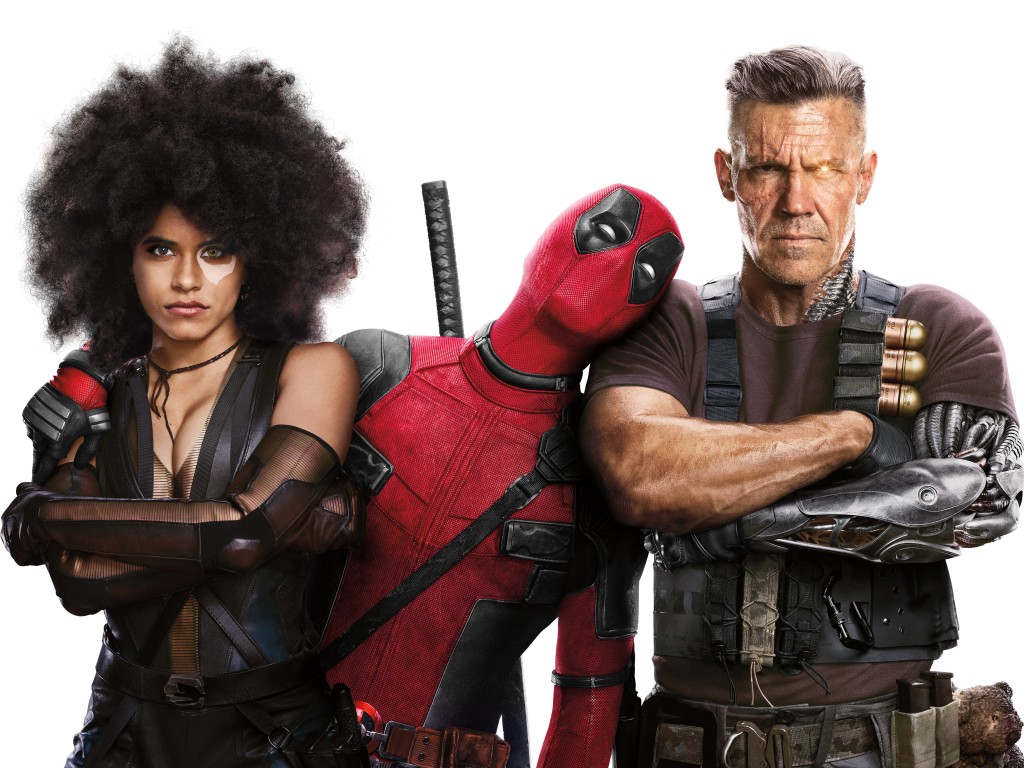 The Merc with a Mouth is funniest when the drama is turned up, and this time around, he’s got a whole lot of issues, including a time-traveling badass with a robotic arm. Deadpool 2 is directed by David Leitch, half the team that brought us John Wick, and he’s juggling quite a few stories in this supercharged Deadpool sequel. This time around, Deadpool has to save a young mutant from the time-jumping cyborg named Cable, while also trying to be a better…Deadpool. Ryan Reynolds is joined by a power cast, including Josh Brolin, Julian Dennison, Morena Baccarin, Zazie Beetz and T.J. Miller.

Leitch does not have the visual panache of Tim Miller, but he does make up for it with his familiarity with combat scenes. The action is fantastic and Deadpool gets his slice on with bloody flourishes. Deadpool and Cable going at it is done very well, and a heavyweight fight towards the end is very satisfying to see, even though the CGI wasn’t always clean with one of the characters.

There are some niche jokes mixed in with plenty of crowd pleasers, so it’s a good time all around. Having said that, Deadpool does tend to break the fourth wall a tad too much in this film. It’s still funny, but sometimes it comes up during scenes that might’ve done better in its own world. I know, it’s Deadpool, but balance is key. Having said that, most of the jokes hit their target, and some hit them pretty hard. There are plenty of hilarious surprises in this sequel.

Reynolds and Cast Have a Blast

Ryan Reynolds is right at home once again as Wade Wilson/ Deadpool and he doesn’t skip a beat. He truly was born to play this role and he has a ball doing it. Reynolds comedic timing and delivery is on point, charming the audience with a gourmet meal of sarcasm and toilet humor. However, when the scene calls for it, Reynolds busts out his dramatic acting chops. This film takes Deadpool to dark territory, and Reynolds makes it work perfectly.

Josh Brolin as Cable is fantastic. He’s having an amazing year with two comic book movies that are killing at the box office and he delivers in both. Brolin plays the no nonsense, straight edge badass from the future that’s the offspring of Scott Summers and Jean Grey. Although we don’t get much of an interesting backstory for him, he does play off of Deadpool rather nicely. The character could have, and should have, his own flick because he just felt underused here.

The supporting cast does very well, complimenting the title character. Morena Baccarin as Vanessa, Karan Soni as Dopinder and T.J. Miller as Weasel are all back and pick up right where they left off. Zazie Beetz looks like she’s having so much fun as Domino, but there isn’t much to her. Firefist, who has a name that sounds like a raging STD, is played well by Julian Dennison; however, the character doesn’t seem all that interesting. He just happens to be in interesting scenes. The X-Force team all have their “moments,” but those moments are all short-lived in the best way possible!

Deadpool 2 is bigger and bolder than the first, and a thoroughly fun summer blockbuster flick. It even delves into some serious territory in an interesting way, taking Deadpool’s advanced healing abilities into play when considering some spiritual topics. It certainly feels like it’s all over the place, and Cable isn’t really fleshed out well enough, but it still works. Be sure to stick around after the film for quite possibly the best mid-credits scenes in film history, or at least top 10. The Deadpool train is definitely not losing any steam, and I can’t wait to see where Reynolds and the team take the character next.