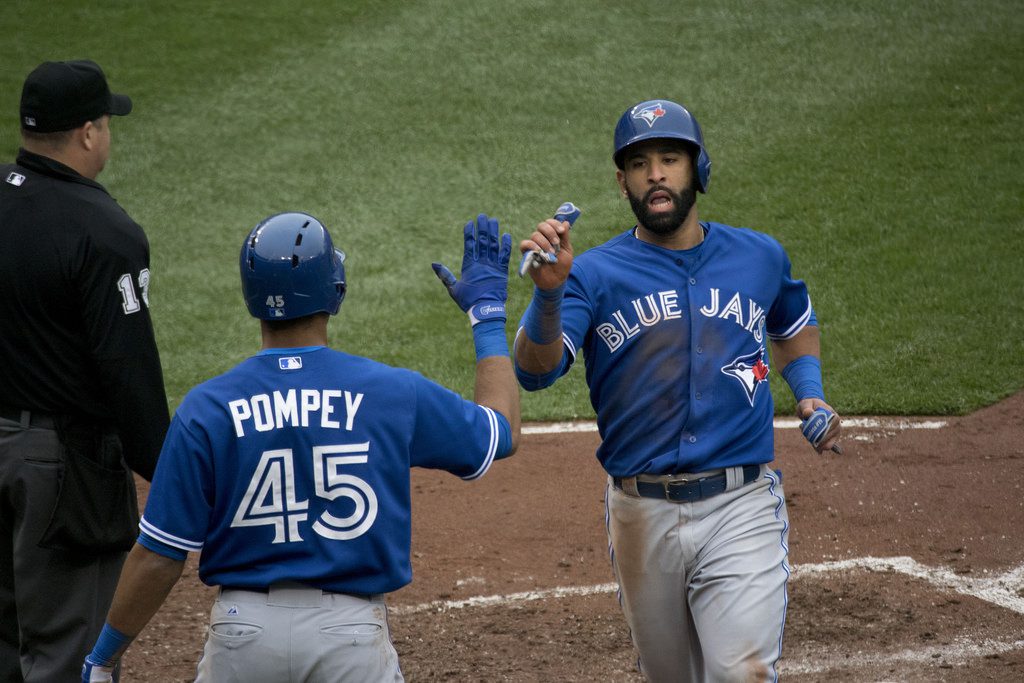 These are words that slip and slide off my tongue whenever I generalize about Canadians. I can’t help it – my brain is shaded with a dash of vivid asshole-ism that tends to put logic in a chokehold as I clamber to make sense of the madness that is my thought process. Within the span of less than an hour, all those words used to describe a person from the Great North jumbled to form a completely different adjective that rested on the opposite end of the spectrum:

This word formed in the back of my mind as I uttered a completely bizarre sentence to no one in particular: “Did a dude just throw a beer at a baby?”

During the seventh inning of a pivotal Game 5 of the ALDS between the Texas Rangers and the Toronto Blue Jays, Toronto fans were so caught up in the hurricane was being played out on the field before them, that they started morphing into powerful piss-ants armed with beer and bad judgment. They shifted from being the fluffy semblance of Gizmo to hideous reptilian gremlins after the umpires manning the game accidentally fed them after midnight. Of course, the play that transformed the crowd was powerful enough to even stop the biggest baseball critic in a haze of shock and awe.

With the game tied at 2-2 at the top of the seventh, the Rangers were up with two outs and Rougned Odor leaning dangerously on third. Shin-Soo Choo stood firmly in the batter’s box after taking a ball while extending his arm slightly to adjust his jersey. Toronto catcher Russell Martin cocked his own arm back from behind Choo and, in an attempt to throw the ball back to the pitcher, made a mistake by not knowing the exact location of Choo’s arm. The ball hit Choo’s hand and suddenly ALL HELL BROKE LOOSE AND THE UNIVERSE EXPLODED LIKE A GLORIOUS DYING STAR. Odor lasered in on the live ball that ricocheted away from the field and sprinted toward home plate as the play was called dead. The umps looked perplexed as they huddled together to figure out the next move as a group. After some debate, the ball was ruled live, and the Rangers took the lead 3-2.

This didn’t sit too well with the Canadians who began to rain trash onto the field in displeasure, some of which hit an infant near the Blue Jays dugout. This didn’t sit too well with the Blue Jays, who decided to play the rest of the game under protest. However, for Rangers’ fans, it sat perfectly and comfortably well considering the fact that the boys in red took the lead in a do-or-die game.

Then the bottom of the seventh happened.

And then finally, Jose Bautista happened.

The birds were noticeably irritated and fueled by a fire not many could understand, and that fire reflected in the eyes of each player that stepped up to the plate that fatal inning. They felt that the Rangers had cheated a run away from them and wanted to let the world know it wouldn’t be tolerated. First they grounded a ball to short, which should have been an easy play for Andrus, who accidentally booted it. Then they grounded a ball to Mitch Moreland, who turned to Andrus in order to pick up the double play and threw low. Andrus turned to stone, suddenly not able to handle Moreland’s toss and picked up an error. Two on, zero outs.

Next ball was bunted toward Adrian Beltre who caught it with grace and shot it to Andrus who was covering third. Again, Andrus failed to make the out.

Toronto was on a high when the next batter hit the ball toward Moreland, who went for Dalton Pompey as he sprinted toward home by throwing the ball to Chris Gimenez. Pompey slid into home and swept the leg of Gimenez as he ate dirt.

Josh Donaldson then hit an 80-foot looper over Odor and one run scored as another out was picked up by a throw from Choo. The game was now tied.

Bautista, marked by anger and surging with passion, stepped into the batter’s box and changed the world with a loud crack. You could hear the beer battered roar of those tactless gremlins from New Zealand as the ball sailed into the stands. A three-run homer would be the eternal bullet that ended the Rangers post-season bid and their 2015 season. Bautrista performed a batflip that will end all batflips in the history of batflips, and rounded the bases.

Then a lot of yelling happened. A lot of benches cleared. A lot of time was wasted by testosterone. A lot more trash was thrown on the field. A lot of babies fell victim to golden beer showers. A lot of fans were arrested (okay, maybe it was just one).

That that was all within the span of one inning. One fucking inning.

Benches emptied again after Rangers relief pitcher Sam Dyson slapped Troy Dulowitzki’s ass after getting him out and closing the forever inning. Yes, you read that right: AN ASS SLAP. Tulowitzki, not standing for any Butt-Foolery, snapped at Dyson. The benches then cleared yet again.

After that, regular baseball ensued and the Rangers never regained their composure as they fell victim to the Jays, their rude fan base, and Bautrista’s rocket into space 6-3.

And they say baseball is boring.