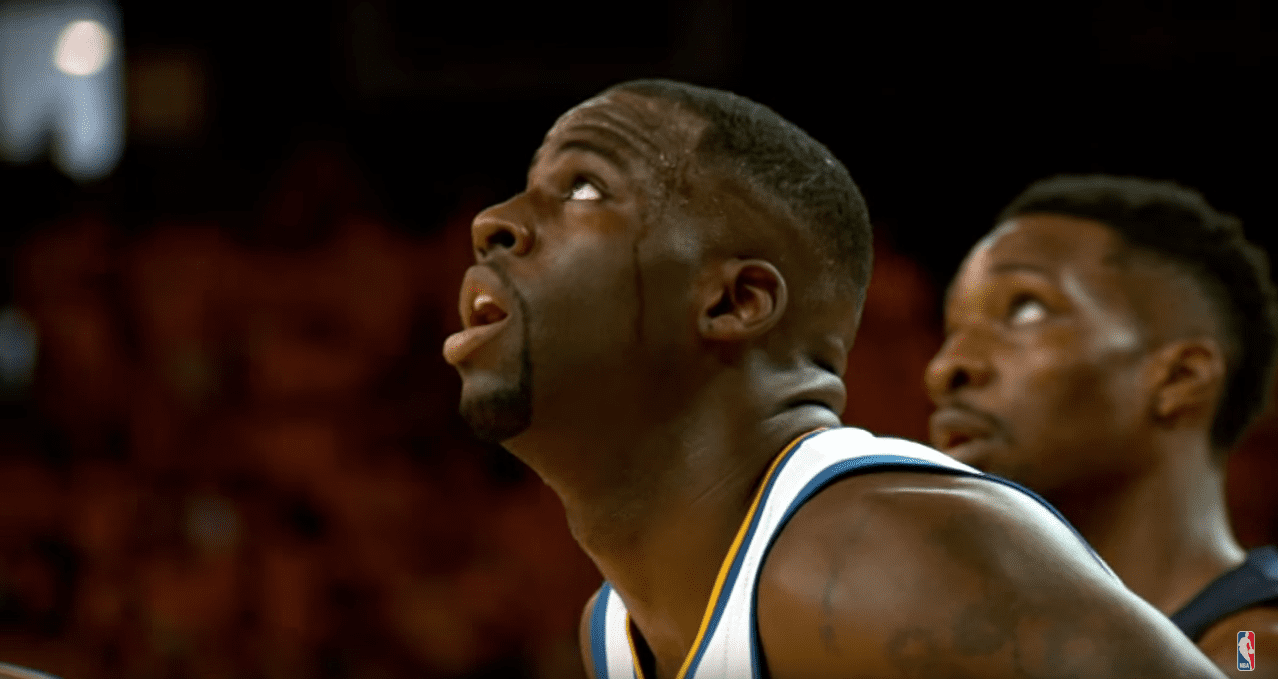 Before the 2012 NBA Draft, ESPN’s Chad Ford said the following about Draymond Green:

“Does not have the prototypical height of a power forward.”

“Doesn’t have the standard quickness of most small forwards.”

“Doesn’t really have a position in the NBA.”

To steal a line from Drake, ever since then, Draymond Green’s “stock been going up like a crescendo.” No, he doesn’t have the prototypical height of a power forward, nor does he have the standard quickness of most small forwards. It’s true, he doesn’t really have a position in the NBA, but in the increasingly positionless National Basketball Association, that has made Draymond Green the most interesting basketball player alive.

If you would have told me before last season that I would have Draymond Green ranked as the 14th best basketball player in the NBA the following fall, I probably would have told you that you were crazy. Even though I identify as someone who was on the Draymond Green bandwagon very early (like, in his Michigan State days), it seemed crazy that he could make such a drastic jump in just a one year period.

Still, saying that he made such a drastic jump in just a year is a discredit to Draymond Green, who has literally improved a ton (yes, a literal ton of improvement) every year since I first remember watching him as a doughy Sophomore at Michigan State. This wasn’t an overnight transformation. There is a pattern of hard work paying off year by year, leading to increased roles and responsibility as every new season has begun. Then again, even if you accounted for year by year improvement for the next ten years, it was hard to visualize Draymond Green as a top 20 player in the NBA.

Luckily for Green, and for us, it seems as if we’re starting to look at and think basketball a little more intelligently now. The standard stat line doesn’t mean as much now as it did in the past because of some of the advanced stats available to common NBA fans. Seriously, if you wanted to, you could head right over to NBA.com and see for yourself that of all players who defended at least 75 isolation possessions during the regular season last year, Draymond Green allowed the second lowest field goal percentage (24 percent) behind only Chris Paul, who is far and away the best defensive point guard over the last decade.

More than anything else, the eye test can tell you where a player stands in the league. While covering the Golden State Warriors last season it didn’t take long to see how crucial Draymond Green was to their nightly success. He was typically the fourth or fifth scoring option on the floor and routinely left open by opposing defenses that had to concede something to prevent either of the Splash Brothers from getting an open look. He benefited greatly because of the firepower around him and his frequently lauded defense was probably helped by the fact that the Warriors starting five really didn’t have a weak spot defensively.

Even though there are still nits you can pick with Green’s game (like his so-so spot up shooting or post-scoring), every night he was the Warriors most unique player; able to play point forward, power forward, small forward or center in any given match-up. He could defend Jimmy Butler one night, Blake Griffin the next, Dwight Howard the night after that, then Kevin Durant and Zach Randolph on a back to back and then spend some time covering Anthony Davis. He could switch literally every pick and roll and his versatile offensive skill-set allowed the Warriors pick and roll offense to terrorize the league. Just think about how tough this is:

Defenses smartly wouldn’t want to risk allowing Stephen Curry to get an open look after a high screen set by Green. Naturally, both defenders, the defender on Curry and the defender of the screen setter, would jump the league’s MVP, forcing the ball out of his hands. This would put Draymond Green in the middle of the floor with open space in front of him and a four-on-three advantage over the defense, and keep in mind there isn’t a better guy at this in the league than Draymond Green.

Green was just good enough as a shooter to make defenses pay if he took the jumper. Where he really made defenses pay was if he drove to the basket, thus collapsing the defense and leaving at least one open shooter somewhere on the perimeter. If defenses lost track of Curry or Klay Thompson it was a death sentence. Many times it came down to someone like Harrison Barnes missing a wide open corner three, or hoping that Green would miss a semi-contested look at the rim. This, among many other reasons, is why the Golden State Warriors were an effing juggernaut last year.

These sort of traditional offensive and defensive problems that Green solved represent only a limited portion of what he brought to the table. Warriors Head Coach Steve Kerr referred to Green as the “heart and soul” of the Warriors and he was by far their grittiest competitor. No player talked more shit this year than Draymond Green, and most of the time it was warranted because the Warriors were beating the cavities out of the mouth of whoever they were playing.

Finding a comparison for Draymond Green requires the use of your imagination because really there hasn’t been anyone like him. If you want to say Boris Diaw you have to acknowledge the fact that Diaw isn’t as lethal defensively as Draymond is, and he’s certainly not as focal. If you wanted to throw it back to the Bad Boys Detroit Pistons days, an era where Green would have fit in just fine, you could say he’s some sort of Dennis Rodman/Bill Laimbeer hybrid. But let’s be clear … there just isn’t anyone like this guy.

That’s a big part of the reason why the Warriors gave Green a five year, $82 million deal this summer. The other part, like I mentioned before, is because Green has had a knack of improving each year and making the doubters, or even the casual fans appreciate him more and think “Damn, I didn’t realize this guy was that good!”