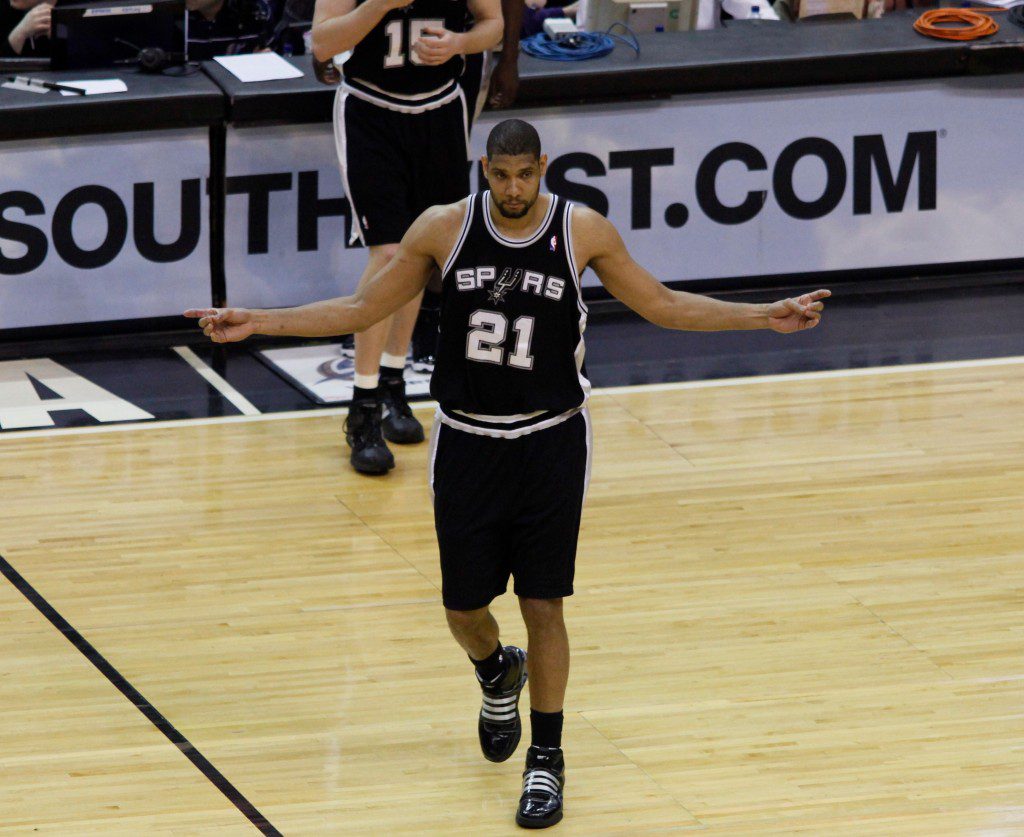 I have a short personal story to tell, and I promise it’s relevant to why you’re here, so just hang in there with me.

My girlfriend (Maria) is a San Antonio Spurs fan. Really, she’s a Spurs fan because I’m a LeBron James fan, and when we started dating back in 2013 the Spurs and the Heat were playing in the Finals, and rather than being a loving and supporting girlfriend she decided to actively root against my first true love favorite basketball player. I suppose this kind of stuff is normal. Way back in the day my Mom fell in love with the Malone/Stockton era Utah Jazz because during an early 90’s Utah-Chicago game she started rooting against the Bulls, my Dad’s favorite team, because apparently that’s what females do. Little did she know, Michael Jordan heard about this slight and beat the Utah Jazz twice in the NBA Finals a few years later just to spite her.

Over the last two years Maria has watched a pretty good amount NBA action with me and for someone who literally paid no attention to the game of basketball for the first 22 years of her life, she catches on pretty quickly. It’s to the point now where I routinely try to dumb things down when I’m talking to her about hoops, only she already understands what I’m talking about. It makes it easier for me, and I think it’s fun for her to have something that she can bond with me over.

Anyway, that’s enough about my relationship. As I was piecing together my top 50 list, Maria asked me where Tim Duncan was going to enter the countdown. I told her he was 11th and she seemed surprised. It was half, “Hey, he’s my favorite player, I could make your life hell if you don’t move him up,” and half “Wait, he’s really not one of the ten best players in the league?” We went back and forth on the issue for a bit until she conceded that I was a little more educated on the topic than she was, but before she let it go she said “It just really seems like he’s still one of the best players in the league.”

And that’s when something pretty cool dawned on me. When she said that, she didn’t put emphasis on the word still, as if she were considering the fact that Tim Duncan is entering his 19th season in the league and still one of the best players in the league, but it should be emphasized …

When Tim Duncan entered the NBA Maria was six years old. When Tim Duncan won his first MVP Trophy Maria was still living in Bolivia. And now, at the age of 39, Tim Duncan is still a borderline top ten player in the league. He’s still a defensive anchor even though he can’t jump, and he’s still the Spurs’ best crunch-time scoring option, even though he’s up to the same old tricks as he was ten years ago.

Tim Duncan is still the greatest teammate in the NBA; universally appreciated by current and former Spurs, opponents, and an unusually candid head coach who had this to say after the Spurs were bounced from the Playoffs a few months ago:

“I continue to be amazed by Tim Duncan. He was our most consistent player in the playoffs at 39. He needed a little more help and I feel badly he didn’t get it. It wasn’t for lack of trying. Even our players shake their heads at his performance at both ends of the floor. He wants it badly and does it the right way. It’s not about bells and whistles and grunting and dancing and doing commercials and all of that stuff. He just does it quietly and that’s why we feel badly when we don’t get it done for him.”

Duncan was still the Spurs most consistent player in the playoffs at age 39. Playing on one good leg, Duncan still averaged 18 and 11 in seven games against the Clippers, put up 27 and 11 and knocked down two of the biggest pressure free-throws in NBA history in Game 7.

Year after year I am more and more impressed with Duncan’s career, mainly because every year he’s still an All-NBA candidate. It’s year 19 and he’s still the face of a franchise that is one of the three championship favorites for the upcoming season. I should be used to this kind of insane consistency at this point, but it still amazes me.

This season Duncan could very possibly climb into the top ten on the all-time scoring list, as well as the top ten in minutes and games played, the top six in rebounds and top four in blocks. He has five championships, three Finals MVP’s and two regular season MVP Awards … and he will still be universally underappreciated by the masses, because apparently long-term success and consistency and professionalism don’t mean all that much.

Again, this isn’t a lifetime achievement for Duncan. His play from last season warrants inclusion this high. He was third team All-NBA and second team All-Defense. He thinks the game at a level most guys can’t, and from time to time he’s still able to bust out a vintage Timmy performance and out-duel some of the young studs who are held in higher regard today than he is.

I can’t help but hope that Duncan sticks around for a few more years. For Maria, it would mean she gets more time with her first favorite athlete. For me, and every other basketball junkie, even the ones who aren’t fond of Duncan or the Spurs, it would mean we’re lucky enough to get a few more memories from the greatest player of his generation.