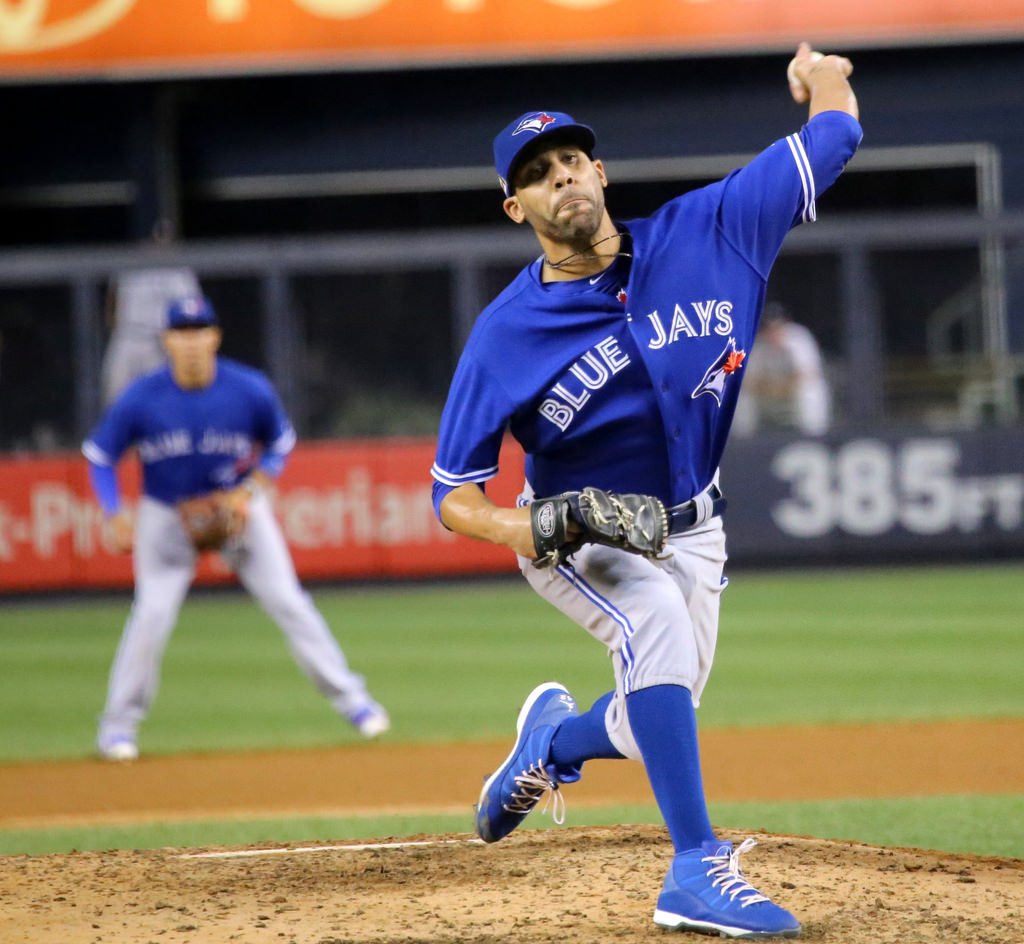 In his eighth MLB season, David Price has still never won a playoff start. All seven, including the one last Saturday against the Kansas City Royals in the ALCS, have been lost. His lifetime playoff numbers stand at 2-7 with a 5.24 ERA in 56 2/3 innings. That’s far different than Price’s 104-56 career regular season record with a 3.09 ERA. The dichotomy of dominance turning into a ceaseless struggle in October has been a strange one for Price.

But Game 6 presents an opportunity for redemption. It’s documented how the Toronto Blue Jays have misused Price during this playoff run. Throwing him into the mix during Game 4 of the ALDS against the Texas Rangers, a game comfortably in Toronto’s control, was inexplicable. Last night, with the Blue Jays up again and with fresh bullpen arms present, Price was asked to warm up. He didn’t enter the contest, but warming up a player entrenched in his routine is grounds for calls of insanity. Since winning the AL East, Toronto has continually hindered Price’s normal schedule and rhythm.

The point of this article, though, is that none of this will matter come Friday. Price is set take the mound, once again in Kansas City, for his eighth career playoff start. A loss means the end to Toronto’s mesmerizing season. It could easily mean the end of Price’s time with the Blue Jays. No one could blame him for walking away after how he’s been handled by John Gibbons. What awaits Price during that walk elsewhere, that drifting into free agency? Likely $200 million or more from a team seeking an ace. Whether it’s Toronto or another foe, Price will be given a mountain of cash.

Price’s outcome in Game 6 won’t alter the dollar total much. It shouldn’t. A left-handed stud with a distinguished track record and leadership qualities isn’t going to be avoided because of October related trepidation from baseball executives. That’s the odd part for Price. On Friday, he could be pitching for a team he’ll never suit up for again. If he takes the loss, the offseason market, the slew of owners eager to write him a gargantuan check, aren’t going to judge him.

Within all the proverbial talks about team success, selflessness, and playing for the guy next to you, professional athletes are individuals. Those talking points are great go-to comments during postgame interviews. No one is going to hate on a player saying he’s happier for the team than himself. But in this Price situation, it is about him. Individually, Game 6 is momentous for Price. It’s the biggest game of his career, even bigger than World Series relief appearances back in his early days with the Tampa Bay Rays.

Those rich baseball men may want to throw their checkbooks at Price, urging him to write down the dollar sign, but deeper down, Price can’t be fully satisfied as a professional pitcher by landing that contract. He’s earned it, yes. He deserves it, without question. But heading into that pay period after losing your eighth straight of eight total playoff starts wouldn’t do a stellar pitcher justice. Price lives in rare historical standing for his level of consecutive playoff losses.

By the time the season ends for Price and Toronto, Game 6 will be the most critical reflection point for the lefty’s 2015 campaign. How he reflects in this setting, though, will be determined by his individual success. Within all the talks of Toronto’s magical run, Price’s mishandling by Gibbons, and the stay-or-go decision for the southpaw in the offseason, there exists a narrative. It’s a story of one of the game’s best pitchers looking dazed in October. How he looks on Friday night remains to be seen. It could determine how Price views himself and how fans view him in the future.